Hungary, Budapest – Interview with András Bencsik, Editor-in-Chief of the pro-governmental weekly Magyar Demokrata: “The main question is, can we save our sovereignty or not? This is the main question.”

This interview was conducted at the beginning of February 2018.

VPost: I would like to get your opinion on the electoral campaign in Hungary right now, from a media point a view. According to many people, there has never been such a violent campaign since the end of Communism. It’s like a war.

VPost: It’s a bit shocking that after a quite peaceful 2014 campaign…

András Bencsik: Yes, I think if people think about the main question of these last weeks and months, then they can understand this about the election. The main question is, can we save our sovereignty or not? This is the main question. Because the country’s economy is getting better and better, and this tendency shows to everyone, on the Left and on the Right, that things are going in a good way. And on the other hand, we see that the demographic situation across Europe is a catastrophe. Very few children are being born. So the answer was, “Let’s import people from Africa and Asia.” But this leads to a new problem, which is that there is now a parallel civilization in Western Europe. We see this, and we’ve said, “This is your way, but we have another idea. You like it this way, but we don’t want to do it.” And I think the main question now is if we can vote for that party which will say, “Let’s save Hungary, let’s protect our independence” – then not only FIDESZ will win, but the whole of Hungary will win. On the other hand, the opposition on both the far Left and the far Right have only one idea: They want to get rid of Mr. Viktor Orbán. But this is not enough. It is too dangerous. What would they do the next day?

VPost: But why is the campaign so violent this year? Four years ago, FIDESZ was just as strong and won a huge victory, so why is there such violence in this campaign now?

András Bencsik: I think it’s because of money. Hungary became a rich country, richer than it was before. So if the people on the opposite side can get into government, they can sit in the official chairs the next day, open the doors of the Treasury, and find billions and billions there. I remember that when FIDESZ won in 2010, the Treasury was empty. It was not enough, because everything had been sold off for years and years before that. So now it is a rich country for them.

VPost: The Western media and the European Parliament usually say that democracy is declining in Hungary, particularly the rule of law and the freedom of the press. They also accuse the government of trying to buy up the media in order to have a monopoly. What’s the reality of the media situation? Is it pro-government? Is it opposition? Is there is a balance or not?

András Bencsik: If you look at the media in Hungary, you can find Leftist media in the political sphere, because there are many different types. Left, Right, far Right, far Left, liberals – you can find everything. Whatever you want. We have big, private TV channels. The biggest one is liberal, the RTL Klub. The second one, TV2, is now closer to the Right. There is a small news channel, Echo TV, that is on the Right. There is another news channel, a little bit bigger, called Hír TV. It is absolutely on the opposition ‘s side. Among opposition TV channels, you can also find ATV.

I must say, you cannot find any media outlet which has been closed by the government or any other entity, telling them that they have to stop or that they may not speak. In Hungary, you can say what you want.

VPost: It’s a fact that some anti-government posters put up by the opposition were quite rude. In France, such a campaign would end up with their perpetrators in the courts.

András Bencsik: In Germany, a journalist from Alternative for Germany said that she thinks it’s stupid that the migrants are being allowed in. Then there was a very strong movement to stop her. This is censorship. In Hungary, you can say what you want without any problem.

VPost: A few weeks ago, you said on Sajtóklub [Press Club, a weekly news discussion program on Echo TV, a pro-Fidesz channel] that the real goal of the opposition parties is not really to win the next election, because the chances of that are very small, but that the real goal is to create an atmosphere which could lead to something like the Maïdan revolution in Ukraine. Can you please expand on this idea?

András Bencsik: Yes, I think so. We can see that there is an international force. One of its faces is the United States, another is Mr. Soros. This force is saying, “I can change the situation in the weak countries”: Ukraine, Georgia, Macedonia, the Arab Spring. Look at what there was before in Libya and what there is now, how Iraq was before and how it is now, how Syria was before and how it is now. And now we can see that something is happening in the Czech Republic. And in Romania, every six months they have a new government. Everybody knows that there are American agents working behind the scenes.

In Hungary a few years ago, they were trying to organize a small revolution on the streets every week, but fortunately, Hungary is a strong democracy. We have strong loyalty to the Prime Minister. It’s like in Russia, with Mr. Putin. He is also in the hearts of his people. And to tell the truth, Mr. Viktor Orbán is in my mother’s heart – she is still living, and I’m very happy. At home, she has a picture of Mr. Orbán on her bookcase. And almost all the ladies have a picture of Mr. Orbán, because they have a very strong connection to him. So, in Hungary, these forces cannot make a Maïdan or a color revolution. I am very careful with this word: In Ukraine, it was a putsch. So I am not afraid, but I see, and we as a people see, that they will try everything they can. The only possibility for them is to create a big scandal.

VPost: How do you see the future of the European Union? In the coming years, the allocation of the European development funds will be renegotiated for the Central European countries, and this money might be reduced because those countries are refusing to take in migrants. Do you think that in the next few years, the EU might fracture? Will countries like Hungary and the other Visegrád states be able to implement reforms in Europe, against Macron and Merkel?

You cannot say that this part is bigger than this other part. Each part is important. I think Tchaikovsky, Bulgakov, Chekhov, and Gogol are also part of European culture. You cannot say: “No, this is something different.” There is no ocean between us. So, Europe extends from Britain to the Ural Mountains, to Russia.

And together – I think this is the main problem – if we could be together, we would be the strongest part of the world. This is the center of the world. The US is very far away from us, and they are afraid of this possibility. This is why they put armies in Poland and Romania, because they want to isolate Russia from the European countries. But we cannot live without each other. We need a nuclear plant from Russia, Germany needs the gas and the oil from Russia, Russia needs German technology, and so on.

We already have very good economic relations, why should we not have good relations in other ways? Of course, there are big distances, but now flights are not so expensive, and there are many flights for only 10-20,000 forints. I was in Moscow last summer, and I was surprised. I had been in Moscow a very long time ago, in Soviet times. I loved it, but I was a young boy. Now, it’s a Western European city: beautiful people, beautiful shops, beautiful restaurants, and it is friendly. So it’s another problem. Why is Russia terra incognita for European people? It’s only a wide space on the map to them. Why? Of course, everyone knows the answer. But I believe this is the future of Europe: Europe together. The whole of Europe is strong. Half of Europe is half-strong. It’s very simple.

Interview conducted for the Visegrád Post by Nicolas de Lamberterie. 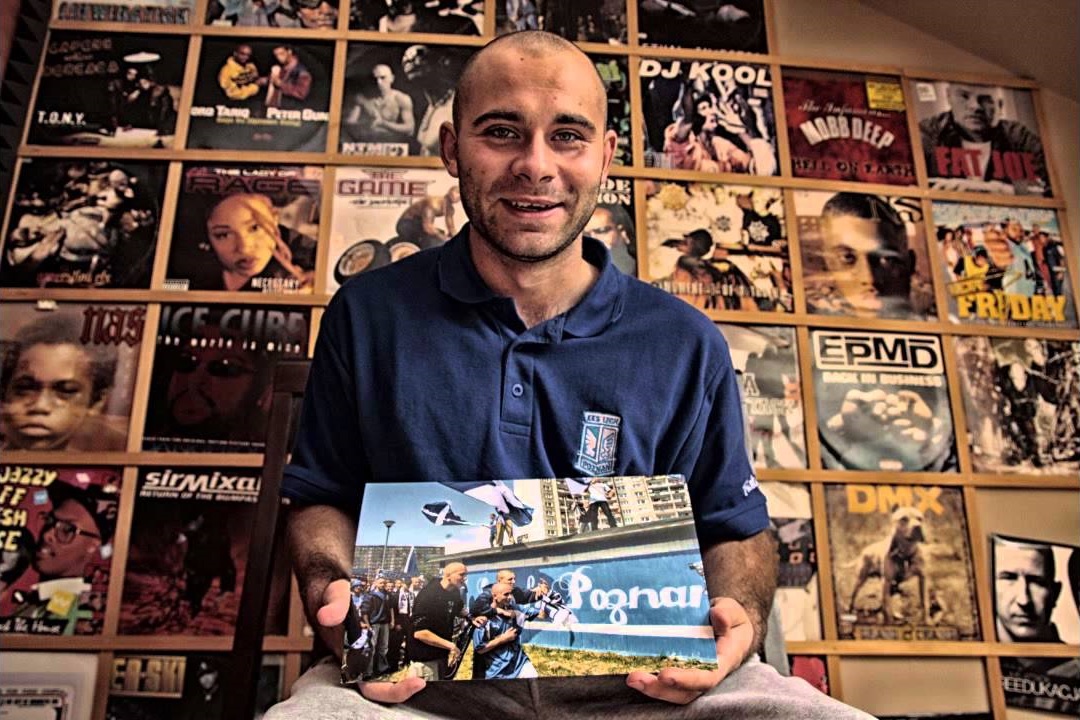 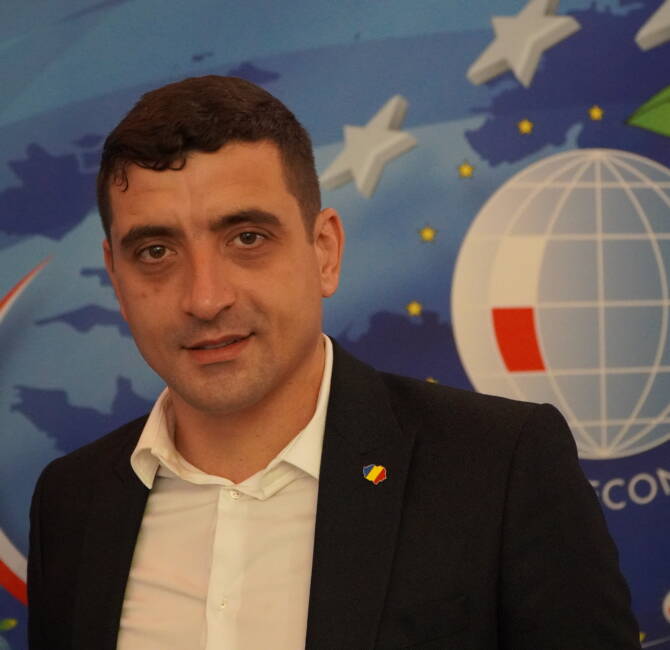