Romania – A photograph (reproduced above) is currently going viral on the Romanian web (for example here, under the sharp pen of the very knowledgeable blogger Bogdan Tiberiu Iacob). We see President Klaus Johannis, on the official tribune of the festivities of the Romania’s “Centenary of the Great Union”, surrounded by “his men”, namely: a few leaders of his party (the NLP), but also and mostly, a lot of generals, most of them (those recognizable by their yellow-band cap) belonging to the Romanian Intelligence Service (in Romanian: SRI). In a rather bizarre way for the commemoration of military victories, the personal of that supposedly “secret” service outnumbered (by far!) the representatives of the regular Romanian army on the tribune. During this – indeed memorable – year of the Centenary, Johannis, by the way, has also added dozens of new generals to the already plethoric payroll of the Romanian General Staff – including six generals of the SRI, in a single wave of promotion. The special pensions enjoyed by these generals, of an absolutely indecent level in this poorest state of the EU, also cause much talking, by being so very reminiscent of the privileges of the apparatchik class in Soviet-style regimes.

When, in the interview given to this site following my expulsion from Romania, I spoke about the transformation of Romania into a “Latin American-type police state”, some readers may have thought that I was exaggerating, and speaking out of a personal grudge against some dishonest officials responsible for the situation in which I find myself today. Yet, on the one hand, those remarks only confirmed other observations, made well before my expulsion (and that may even have provoked it); on the other hand, this photograph proves that the statement is not exaggerated. Not only are the Romanian so-called “secret” services the most numerous and the most expensive in Europe (according to their official budget – in constant growth, even this year!), but they are also … the least secret ones. Let’s speak out an open secret: in this country turned into an industrial desert, there is nothing to spy on. The only serious military objectives are American bases directly managed by the Americans, bases that the Romanian services do not control and to which they probably have only limited access themselves. Those supernumerary and overpriced structures that it is customary in Romania to call “secret services” are therefore in fact a political police, whose methodology is sliding more and more from post-modern soft power (discrete manipulation) towards “old-fashioned” bullying. The visibility of the SRI in this “family picture” is thus certainly desired, and meant to send a clear message to the political class and to the population of this Third World state bizarrely integrated into the EU: “whatever the transformations Romania will have to engage in to adapt to the new geostrategic context, they will not be done without us!”.

Klaus Johannis’s close ties with the SRI were revealed to me, shortly after his election, by a Romanian politician (whose identity I naturally cannot reveal without endangering him) close to Johannis’s party, during a walk in a park. Knowing that, under Ceauşescu, the German minority to which Johannis belongs by birth had shrunk from 600,000 to 60,000 inhabitants in more or less one decade of half-way forced emigration to Germany, it was easy to guess that this physics professor, who had not only stayed behind but even had access to university under communism (despite his family’s acquaintances with organizations close to the NSDAP before 1945!), could not “be in very bad terms” with the pre-1989 regime. At the time, this admission had almost surprised me, as the polish of “European and multicultural modernity” of the “smart mayor of vibrant Sibiu” was still quite vivid. The Transylvanian Hungarians (to whom I am close in private life) had, moreover, largely succumbed to this illusion, voting for a president who, once elected, would very quickly bring state magyarophobia to levels unprecedented since the beginning of the “democratic transition”. As for the Romanian liberals –in particular sincere supporters of the #rezist movement – they have not yet recovered from the Johannis mirage, and still pride themselves on sometimes seeing at the head of their “anticommunist” demonstrations… a well-known ally of the direct heirs of Nicolae Ceauşescu’s Securitate de stat! Will this photograph have the power to open their eyes? Even that is not certain: there is no worse blind man than the one who doesn’t want to see.

Let us add that, in their control of the “tactical field” of Romanian politics, these “services” (which, by the way, serve only themselves), while they literally own Romanian right-wing liberalism, have not forgotten to buy shares in left-wing liberalism: on another (though less commented upon) photograph of the same event, we can see, close to Johannis, the only member of the PSD party who seems to have been tolerated on this highly Euro-Atlantic platform: the European Commissioner Corina Creţu, a personal friend of G. Soros’, who keeps up some level of permeability between the PSD’s “left wing” and the “left wing” of the #rezist movement. This seemingly incongruous presence helps to get a pretty clear idea of how the country would look following a return to power of former prime minister (and Johannis’ unfortunate counter-candidate in the last presidential elections) Victor Ponta – whose new-born Pro România movement pretends to be “a non-corrupt and pro-European PSD” – or even a rise to power of Corina Creţu herself (since some whisper that she could be Pro România’s presidential candidate): the same system with another mask.

Such a change would, of course, still bring about a few real differences. For instance, the SRI would then perhaps have to share a little more of the national cake with their colleagues of the SIE (External Information Service), to which Victor Ponta has notoriously close ties. It is clear to most observers that the SRI “coaches” in the first place the chauvinistic nationalists (with their half-dissimulated nostalgia of the Iron Guard) which swarm around Johannis, while the SIE “holds the hand” of the Macronian / LGBT wing of Romanian globalism: a quite Ukrainian-like casting.

From this point of view, the fact that Corina Creţu is still part of Liviu Dragnea’s Social Democrat Party is a bad sign for the latter, or at least for the party’s patriotic electorate, considering what it probably reveals: that the Deep State still considers (perhaps rightly so) that it will be able to “discipline” the ruling coalition, so as to avoid a chaotic alternation (the opposition being extremely fragmented) or a “Chilean solution” (to which we can nevertheless bet that Johannis and his men in yellow caps – or conversely: the true masters of Romania and their Saxon boy – are fully prepared).

The deep state is, in any case, at least in a position to weaken the ruling coalition: the defection of four PSD MPs (migrating to Pro-România) has just made it lose the absolute majority it enjoyed hitherto in parliament. Liviu Dragnea will therefore badly need the votes of MPs of the party of the Hungarian minority (UDMR), which has been supporting the coalition for months, but from outside the government, in a position of constructive criticism. Yet the UDMR, in order to agree to become more involved in government, must – to avoid alienating huge parts of its electorate, indoctrinated by the pro-Western Hungarian press in Transylvania – demonstrate to said electorate that this “shameful” collaboration with Liviu Dragnea’s “post-communists” is justified, i.e. the UDMR will have to exhibit concrete “ethnic gains” as the price of its acceptance of a coalition with the PSD.

The list of its claims has, by the way, just been made public. Paradoxically, the essence of the list was actually provided by historical memories of the 1918 events, as said events are currently being loudly commemorated by the most chauvinistic parts of Romanian society: after almost 30 years of procrastination, the UDMR finally claims for the Hungarian “minority” the status of autonomy that was promised by the declaration of Alba Iulia, in compensation for its transfer under a non-Hungarian state authority – a spontaneous Romanian promise which, ever since, was never fully kept. The satisfaction of such claims would, of course, not make Romania lose anything as a state, but it will most certainly expose Liviu Dragnea to the reproach of “national treason” on the part of the chauvinist fringe of its electorate – a fringe particularly sensitive to the magyarophobic speech voiced by SRI infiltrators, which abound in the Romanian nationalist press and blogosphere.

Judging by the results of the “start-up” launched in the last legislative elections under the name of Party of United Romania (in Romanian: PRU), however, this fringe, although very active on social networks, weighs in reality hardly more than 3% of voters – which could also be the weight of the secessionist “left” (liberal) wing that Corina Creţu could, when the time comes, take with her in the arms of Victor Ponta (or vice versa): a dozen MPs all in all, which, even if a part of the 19 ALDE MPs were to follow them, would a priori produce total losses lower than the potential contribution (18 MPs) of the UDMR. A fine strategist, Liviu Dragnea certainly knows this, so that the question that might worry him right now is less “how useful could be a closer alliance with the UDMR” than: to what extent can he afford to “place the life of his government” (and therefore his own freedom, threatened by the actions of the Anti-corruption Directorate) in the hands of the UDMR? Quite a difficult weighing, in which he has to take into account, on the one hand, the good party discipline that young and talented Hunor Kelemen seems to have managed to impose – but also, on the other hand, the atavistic and irrational hatred against PSD which still blinds a huge part of Transylvanian Hungarian elites, maybe not very representative of the general feelings, but noisy enough to cause trouble.

Will Dragnea bet on Visegrád, or on a (necessarily suicidal) submission to the Deep State under global control? Hic Rhodus, Livie, hic salta! 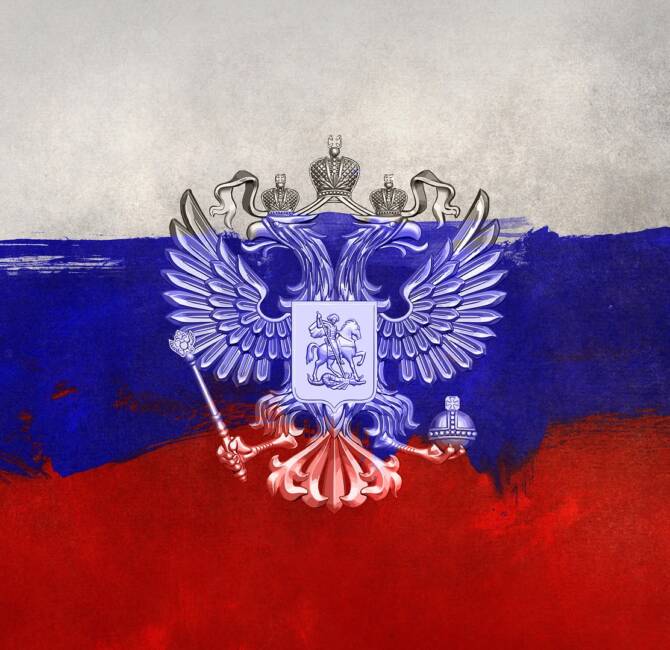