Europe – The answer given by Annegrete Kramp-Karrenbauer (the now famous AKK, announced successor of Angela Merkel at the head of the CDU) to Emmanuel Macron has already attracted many French comments (including an excellent analysis byMichel Drac). Nevertheless, it contains some allusions specifically targeting the populist crisis of Central Europe, which Western commentators naturally struggle. Let’s help them.

From this point of view,the most telling paragraph is probably the following:

“With regard to the Member States of Central and Eastern Europe, we must respect their approaches and their specific contribution to our common European history and culture. And yet there must be no doubt about the non-negotiable core of values and principles. If we have the courage now to talk concretely about amendments to the European Treaties, neither the “Brussels elite”, nor the “Western elite”, nor the supposedly “pro-European” elite should remain in their silos. We will only gain democratic legitimacy for our new Europe if we involve everyone.”

In Hungary, commentators close to FIDESZ, naturally anxious to defend Viktor Orbán and the procrastination strategy he adopted in his confrontation with Manfred Weber, have of course been prone to see in such words a disavowal of the voices which, within the EPP and on its margins, call for the exclusion of FIDESZ. In such a context, it is, of course, in their best interest to credit AKK with more sincerity than they really assume she has, and to avoid a more pragmatic analysis of her positioning. One such analysis would be to note that Manfred Weber will probably need the votes of FIDESZ to take hold of Jean-Claude Juncker’s chair.

But what, in this case, is Germany’s long-term strategy?

Well, it seems to me that it is no such strategy. Right after the above-quoted rhetorical concession made to “Central Europe” AKK mentions her “non-negotiable core of values and principles”, thus de facto warning the Central European populists formally aligned with the EPP: unless they accept a severe ideological Gleichschaltung, they will be purged as soon as their presence in the ranks of the so-called European “right” will no longer be electorally necessary. As for the latter, they seem to be playing dumb, but will probably not allow themselves to be duped: they are just gaining time, waiting for political planned obsolescence to turn Angela Merkel, AKK and Manfred Weber into bad memories.

This tragic absence of German vision is, by the way, not limited to the management of the “Central European crisis”.

Written in a Germanic dialect of Emmanuel “on the other hand” Macron’s already famous Newspeak, AKK’s letter shows indeed a spare iron lady who not only speaks from a specifically German point of view while starting his sentences with “we, the Europeans” (non-German people of Europe are already used to this), but who also seems to be actually guided only by short-term partisan interests – not even necessarily those of her coalition (including also the Bavarian CSU = industrial interests), but more probably those of the shrinking CDU alone (did anybody say “Deutsch Bank“?).

Thus, even under the heavy shelling of American trade war, Angela Merkel’s pupil does not give up her mentor’s Atlanticist faith, and regularly smuggles anti-Russian rhetoric into an argument which is supposed to be about Europe. Like MM. Macron or Verhofstadt (or supporting characters of the latter, like Klaus Johannis or Donald Tusk), the German survivors of the Euro-Atlanticist Titanic still refuse to acknowledge the reality of Hillary Clinton’s defeat, and sink into the cult of an imaginary American friend, while the existing America is busy viciously interfering into their energy policy, and working behind the scenes, through Polish and Baltic outposts, to undermine the foundations of Germany’s hegemony in its Central European hinterland.

Like France in 1940, the 2019 EU is waiting for the American-Chinese Blitz as a willing loser, betrayed in advance by its own elites who have already chosen the path of collaboration. Given these circumstances, it would be unfortunate to blame Poland – economically the most independent State of the V4 – for its desertion, which the PiS is, moreover, able to justify ideologically in front of its Catholic electoral base, by placing it under the colors of conservatism versus a Euro-Germany whose de facto new state religion seems to be the LGBT agenda. Though, on the other hand, history has shown how unenthusiastic Anglo-Saxons can be when it comes to die for Danzig – a detail which should perhaps make the Polish ship think about the possible consequences of being loyal to a fleet whose carrier is anchored at the other shore of the ocean.

People, though, – even in Hungary – have a harder time understanding Viktor Orbán’s will to remain, in spite of repeated humiliations, a member of a “political family” to which FIDESZ has in between become a de facto stranger. The explanation, however, is simple: mostly known as a grand master of ideological logos, Viktor Orbán is also, in his decision-making, a realist of the most classic cut. As one of the leading economists of the Hungarian regime recently told us, a big part of the Hungarian GDP is really made out of relocated elements of the German GNP, in the form of factories fully integrated into the productive circuit of the German trade war engine. The highest paid Hungarian employees are, therefore, de facto soldiers – or at least hostages – of the German trade army, and any major defeat of the latter would result in a sudden decline in the Hungarian standard of living. Not to mention the many cross-border workers in Hungarian regions close to Austria, or the weight of German-speaking consumers in Hungarian tourism. A reorientation towards the Silk Roads – which I evoked in a recent documentary– has certainly begun, but,even assuming that the Euro-German metropolis would allow this process to continue, it would still require a lot of time for Hungary to get rid of this dependence. Hence, procrastination is the only option.

Indeed, if they cling to power, time might be working for the populists. Viktor Orbán knows that the next financial crisis is not far away. A fall in the Hungarian (and, in general, European) standard of living is therefore only a matter of time – but politically, such a fall will of course be much easier to manage if it is possible to blame it on global trends than if it seems to be caused by a rebellion initiated by FIDESZ. As in the aftermath of the (first) Austro-Hungarian Compromise, each of the partners of this marriage of state will patiently wait for the other’s death – an analysis that can probably also be extended to Rome-Berlin and Bucharest-Brussels relations. Now guess how well-defended “Fortress Europe” will be these days. 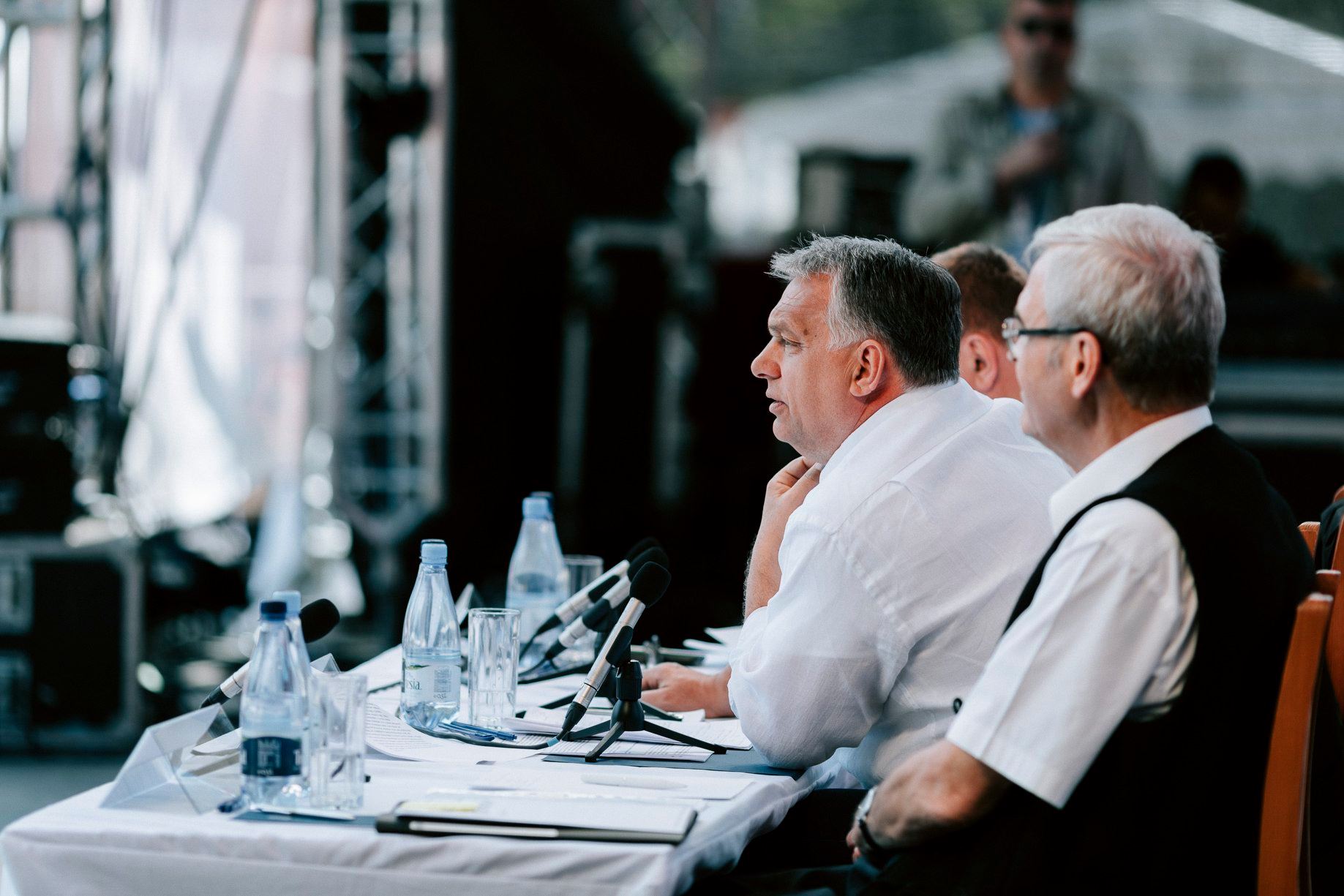 Orbán’s full speech at Tusványos: political philosophy, upcoming crisis and projects for the next 15 years