Central Europe – An interview with Ferenc Almássy, editor-in-chief of the Visegrád Post, for the Wacław Felczak Institute.

This interview was originally published on Kurier.plus.

The Visegrád Post website has recently celebrated its third anniversary. It describes itself as “an online journal publishing in English, French, and German which aims to inform the public about the dynamic region of Central Europe”. In the French version of your self-presentation, you also stress your conservative line, matching the majority opinions in the countries you cover, “in contrast to almost all French-, English- and German-language media when they cover Central Europe”.

Olivier Bault: Can you tell us a little more about this information website?

Ferenc Almássy: The idea of the Visegrád Post was born during the summer of 2015, when the migrant crisis was hitting Hungary in particular, and the Visegrád Group was coming back to life because of that crisis and the increased need for closer cooperation. So much for the general context. I also had a personal motivation for this project: witnessing such a flood of lies and calumnies about Hungary and Central Europe in general hurt me personally, and motivated me to get involved in the field of information, to try and bring something different. I found a partner in France, an independent media outlet surviving only on donations: TV Libertés. With that partner, I was able to launch the Visegrád Post website after just a few months, at the end of March 2016.

At first, the idea was to create a news site with a focus on Central Europe, but we soon realised that our very limited means did not allow us to have paid professionals and therefore to work on a regular basis. We were actually working mainly with volunteer contributors. Hence, in 2017 we refocused the website toward providing original content like analyses and exclusive interviews, and also sometimes translations of articles published in Central Europe. We could not, in practice, keep pace with the daily news. Even if we sometimes present news in brief which would not otherwise overcome the language barrier, we then usually seek to contextualise such news items and to add something more.

My ambition for the Visegrád Post is for our website to progressively acquire a certain prestige by bringing to our readers a good quality of analysis with an outlook that may be unusual for the languages we publish in – that is to say, for the time being, French, English, and German.

However, the points of view represented in our publications are not unusual at all in Central European countries. I want the Visegrád Post and the analyses and interviews that we publish to be a kind of bridge for our visitors, connecting them to the countries of central Europe. Thus, our interviews with senior political figures give the floor to people who share the point of view of their region, with questions on topics which are too often taken for granted in the West and are sometimes at the centre of ideologically motivated accusations. This way, we often give a voice to men and women who are at the heart of the news, but do not generally have access to Western media.

Olivier Bault: Compared to the English-language Remix website and to the new V4 NA Hungarian press agency, which publishes in English, French and Hungarian, can we say that the Visegrád Post is to some extent what weekly magazines are to daily newspapers?

Ferenc Almássy: Yes, indeed, those two websites have taken over the segment of daily news concerning Central Europe. It is a very good thing, since that is what we wanted to do at the beginning before we realised that it was out of reach for us, as we had neither the resources nor the people required. And as we ourselves have evolved toward content that is, in fact, more typical of a weekly magazine, today there is a complementarity between the Visegrád Post and those two news websites. We try to have an average of one article every two days in each of our three languages. In terms of readers, we share the same target, at least in part, but what we offer them is both different and complementary. As regards the V4 NA press agency, it must also be noted that only part of their content is free, while access to Remix and the Visegrád Post is entirely free.

Olivier Bault: Who are your readers?

Ferenc Almássy: We have an average of approximately 30,000 readers monthly (in terms of unique visitors), for all languages combined. About half of our readers access the French version of our website. Interestingly, as far as the English version is concerned, our visitors have IP addresses located mainly in the United States, Hungary, and Poland. The proportion of readers with a US IP address shows that Central Europe is a region which is becoming more important and that it arouses interest beyond its borders.

Olivier Bault: What was the specific interest of TV Libertés in the creation of a website with a focus on Central Europe? Why Central Europe in particular?

Ferenc Almássy: It must be understood that TV Libertés is the fruit of a desire to create a French media outlet with an alternative view, because contrary to what happens in Central European countries, where you usually have two opposite factions competing with each other in the field of information, in France there is only one monopolistic liberal faction. Philippe Milliau, who created TV Libertés, did not do so for money. It is a non-profit, associative project whose aim is to sing a different tune. Just like the Eurolibertés European information website created by TV Libertés, the Visegrád Post is part of this idea. It is worth noting, however, that the sponsorship from TV Libertés has never had any editorial payback. What I mean is that there has never been any pressure from TV Libertés for us to change an article or an editorial line or to censor a piece of information. In any case, such interference would be in contradiction to their support of freedom and pluralism of information. The choice of Central Europe had a human dimension: it just happened that I was the one who approached them with this project to cover our Central European region. However, the reason why my project was well received is that in conservative and Christian circles in France there is a particular interest in this region of Europe, which does not allow itself to be bullied around and which has not yet said its last word in the face of the liberal left’s hegemony. This aspect certainly motivated them, because there is a true desire among them to better know and understand Central Europe, which is also linked to a feeling that the French have things to learn from this region.

Olivier Bault: Who is behind the Visegrád Post today? You are the editor-in-chief, but do you have other paid journalists? How many volunteers – contributors, translators, proof-readers – are there?

Ferenc Almássy: As of today, our mode of operation has not changed since the beginning. We make use of voluntary work, and operate thanks to donations and the financial support of TV Libertés. To date I am the only person receiving stable remuneration for the Visegrád Post project. As far as our volunteer contributors are concerned, we have a dozen authors who write for us on a regular basis. We also have volunteer translators and proof-readers.
We have just obtained our first grant from the Hungarian state, and that is now going to allow us to get to the next level. In particular, we will be able to improve our website and make it more secure, and also to pay our authors a little and use the services of professional translators and native proof-readers. This is especially needed for English, whose quality has been our weak point for articles which are not provided to us in that language. While the funding from TV Libertés allows us to make things work and donations allow us to buy some equipment and to finance some travel, thanks to this new Hungarian grant we will now be able to become more professional and to reach more readers, with an improved site and more regular publications. First, we want to better keep up our rate of one article every two days in each language. Then, by the end of the year, we aim to publish a new article every day in each of our three languages.

Olivier Bault: You are the editor-in-chief of the Visegrád Post, but you also work for the Hungarian media, don’t you?

Ferenc Almássy: I am in fact an independent journalist and, as such, I work as the editor-in-chief of the Visegrád Post and as the TV Libertés correspondent in Hungary. Apart from this, I write pieces for other media, such as the leading Hungarian conservative weekly Magyar Demokrata. I am also sometimes invited to appear on television, such as recently on Hír TV, the main pro-Fidesz station, for my comments after the fire at the Notre-Dame Cathedral in Paris. I also sometimes write in French as well as in English or Hungarian for other media and some think-tanks. In this way, I can get sufficient income from my work as a journalist.

Olivier Bault: What has been your greatest success so far with the Visegrád Post?

Ferenc Almássy: For me, the greatest success is that the Visegrád Post has been around for over three years with a certain degree of continuity, in spite of a budget which was very limited up to now and despite some difficult moments. Although we had to slow down a bit, I think I can say that we have gained in quality, which I am quite proud of. Admittedly, the number of readers is not very impressive yet, but we know from the feedback we receive that there are among them people who can exert some influence, such as parliamentarians and parliamentary assistants, assistants of ministers and also journalists, including journalists who do not share the points of view that may emerge from our analyses, but for whom we are a valuable source. I believe that in those three years we have been able to prove that the Visegrád Post is a serious website with quality content. 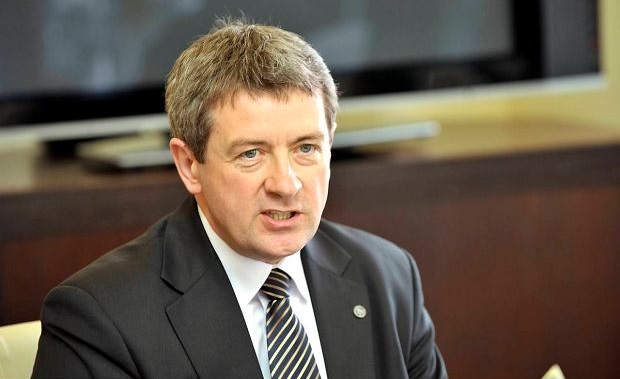 Wojciech Murdzek: The EU Should Stop Wasting Its Time Talking About Democracy And Rule Of Law In Poland 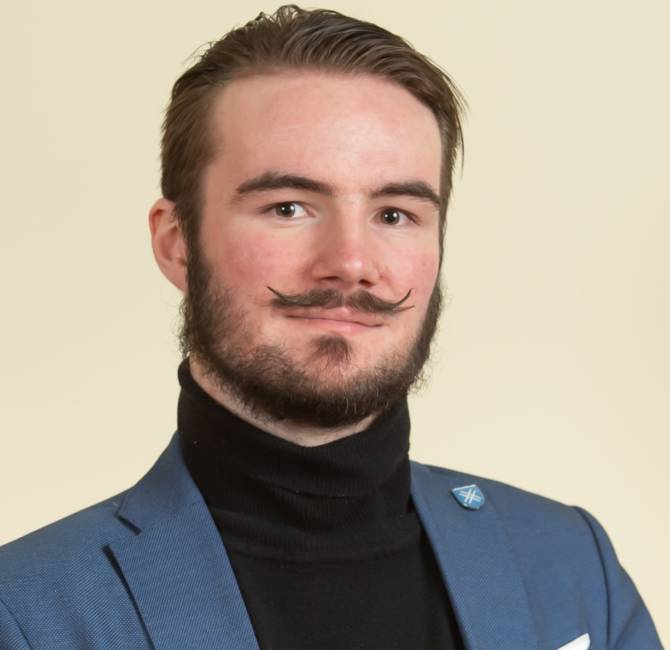