Poland – By supporting pro-autonomy or pro-independence foundations and associations, as well as promoters of historical revisionism, and also by way of a German-owned regional press, Berlin has been undermining Polish unity.

Until last autumn, liberals from Civic Platform (PO) governed Silesia in a coalition with the Movement for Silesian Autonomy (RAŚ), which was in charge of cultural institutions. In this way, Donald Tusk’s friends became complicit in the new “soft” and decentralised Kulturkampf being conducted by Germany in Silesia, despite the fact that Germany and Poland are fellow members of the European Union.

Olivier Bault conducted an interview for the Visegrád Post on this topic with Polish historian and essayist Dr. Andrzej Krzystyniak, member of the Ślązacy.pl foundation.

Olivier Bault: You are the initiator of an exhibition on the extermination of Polish elites in Silesia in September 1939, organised by the Ślązacy.pl foundation. Are the events of the years of war and occupation in Silesia being supplanted today by a narrative that portrays the Polish state as an aggressor, indeed as an “occupier”, which destroyed the “multiculturality” of Silesia after 1945?

Andrzej Krzystyniak: Such a narrative has been noticeable for a long time. It concerns not only Silesia, I think, but the whole of the Recovered Territories [editor’s note: German territories awarded by the Allies to Poland in 1945. They are called Recovered Territories because they had belonged to the Kingdom of Poland centuries previously]. Starting from the early 1990s, Poland stopped caring about maintaining the Polishness of these areas in a cultural sense. They are lands which were awarded to Poland by decision of the three great powers. What happened in Silesia from September 1939 onwards, the repression and killings suffered by representatives of the Polish elite, is being supplanted today by the events of what is called the “tragedy of Upper Silesia”. By that I mean the repression that occurred after the Red Army entered Poland and installed a communist regime. It is often forgotten, however, that there would have been no such “tragedy” had it not been for the German aggression against Poland which triggered the Second World War in September 1939. Germans also refer to the events after 1945 as the “tragedy of the German East”. For some years now we have seen that this trend, unfavourable to Poland, is being reversed. A few days ago Joachim Brudziński, head of the Ministry of Home Affairs and Administration, at a ceremony to mark the forcing of the Oder by Polish troops, drew particular attention not only to the heroism of Polish soldiers in fighting the occupying forces, but also to the Polishness of the Recovered Territories: “We must never forget the blood and sacrifice of the Polish soldier, we must never forget that this is Poland, that this part of the most westward reaching part of the glorious Polish Republic is sacred, having been paid for with the blood of Polish soldiers, Polish heroes.” These are very important words coming from a Polish government minister.

Olivier Bault: You said at the start that Poland has stopped caring about maintaining the Polishness of the Recovered Territories in a cultural sense. What is the basis for this diagnosis?

Andrzej Krzystyniak: There is no need to be an especially clever or astute observer to reach such a conclusion. Since the 1990s, Silesia and the Recovered Territories have been culturally cut off from Poland. Their Polishness is being erased. Also, Polish scientific institutions researching the history of these lands have disappeared. Virtually no publications appear, and the history of the Silesian Uprisings is portrayed today as a “civil war”, or even as a case of Polish aggression aimed at annexing a piece of German territory. Did the Polish state do anything to counteract these tendencies? No, it even seemed to support them. The defenders of the Polish position were thus forced to act alone, without support, often exposed to attacks from a press that is Polish in name only. This is a strange paradox, which is still largely unchanged. The regional press remains in foreign hands. Moreover, there are many circles, foundations and associations active in Silesia with an interest in erasing Polishness from the cultural map; some of them operate under the mantle of multiculturality, while some are openly anti-Polish and pro-German, such as the Movement for Silesian Autonomy (Ruch Autonomii Śląska, or RAŚ). Until recently, that organisation governed the Silesian province jointly with Civic Platform (PO), and had cultural institutions within its remit. Fortunately, the separatists suffered a defeat in the last election. I am sure that Law and Justice, the party now in power, will put a stop to this anti-Polish process.

Olivier Bault: You portray Silesia (and more broadly, the Recovered Territories) as areas at risk from foreign influences that are hostile to the Polish state and act to weaken Polish cultural elements in Silesia.

Andrzej Krzystyniak: Silesia has always been a pivotal area for Poland. This region, with its huge potential in terms of industry and population, was key to our country’s development both before and after the war; it was the industrial heart of Poland. Even today, following the decline of industry there, its potential in economic and population terms remains enormous. If someone wishes to weaken Poland, they start with Silesia. Poland must not permit the cultural erasure of Polishness in Silesia, which many groups are aiming for. Silesia remained outside the Polish state for several centuries, and this fact is presented as the crowing argument that Poland today is merely a temporary custodian of the region. It is hard not to notice German influences, and the fact that the German state supports the propagators of a German vision of history in Silesia. This is exemplified not only by the regional press, but by foundations, associations, sympathetic historians, and the like. For this purpose, claims are made about Polish concentration camps after 1945. There is talk of “ethnic cleansing”, which the Polish state supposedly carried out against ethnic minorities, including Silesians, after it took power in the Recovered Territories. The communist labour camp in the district of Zgoda in the Silesian town of Świętochłowice is today called by some a “Polish concentration camp”. The Silesian Uprisings are referred to as a “civil war”, and Poland’s recovery of part of Upper Silesia in 1922 is called an “absurd division”. All of these actions are certainly not in the interest of the Polish state, but serve to harm it.

Olivier Bault: Today, how are the heroes of the struggle for Poland commemorated, and what is the memory of those to whom Silesia owes its return to Poland in 1922? Is it enough to counteract the hostile narrative?

Andrzej Krzystyniak: In my opinion, we too rarely remember those who took part in the Silesian Uprisings. Let us remember that the whole history of Silesia is tied up in the fates of the insurgents, their life stories and their families. This concerns not just the uprisings, but also the whole interwar period, as well as September 1939, when the insurgents again took arms, to meet the German aggressors with bullets, making them aware that it was not the Germans who were the owners of Silesian land – Polish land. This is a fact which for many is very inconvenient, and which they would like to erase. We should also recall that long before their act of aggression the Germans had prepared lists of persons who were to be liquidated, that is, to be murdered. The lists were headed by those who had taken part in the Silesian Uprisings. Together with the Ślązacy.pl foundation, we aim to commemorate the victims of the German campaign of extermination by means of an exhibition, which in January 2018 we showed at the Polish parliament and in other places. Our display shows clearly what a large proportion was constituted by veterans of the Uprisings, condemned by the Germans to extermination. And today they are condemned to be forgotten – and worst of all, by their own people, with foreign inspiration.

Eric Zemmour : “We have to ally ourselves with the Visegrád Group in order to protect our identity” 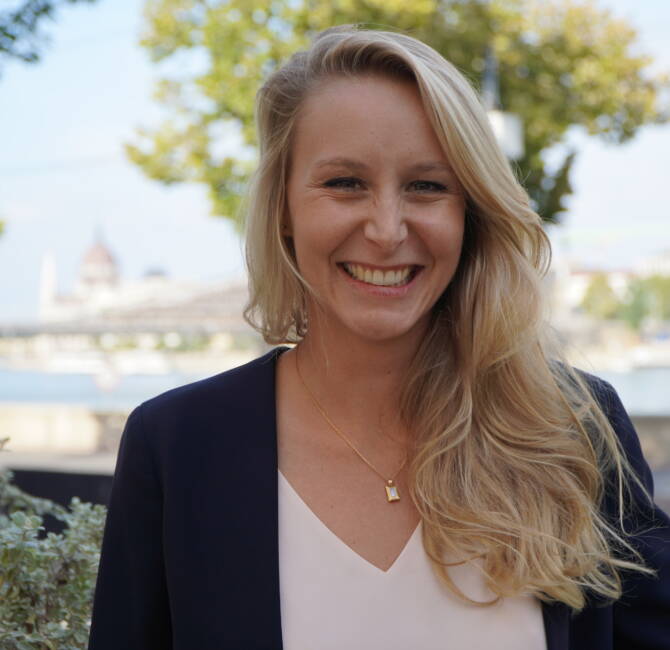