Interview with Eric Zemmour, French writer, journalist and polemist: “I believe that we French should ally ourselves (with the Visegrád Group) in order to keep alive a certain idea of Europe and of European identity, which is first and foremost Christian and Greco-Roman.”

In March 2019, Eric Zemmour was invited to the Mathias Corvinus Collegium (MCC) in Budapest (Hungary) for a conference on immigration entitled: “Immigration: The Great Challenge of our Era?”. Ferenc Almássy quizzed Eric Zemmour on Central Europe, illiberal democracy and its approach on the immigration issue, a hot topic in Central Europe.

The transcript of the interview, which was broadcasted in French in video format on TV Libertés, can be found below:

Ferenc Almássy: Good morning, Mr. Zemmour. Thank you for this interview. We are at the Immigration Summit in Budapest. On behalf of TV Libertés and the Visegrád Post, I would like to ask you a first question: Hungary became known in 2014 when the concept of illiberalism was coined. What is illiberalism and how do you describe it? What is your vision of this concept formulated by Viktor Orbán?

Éric Zemmour: It’s a concept that responds to recent developments which, in my opinion, have hijacked Western liberal democracy. It is a complicated and highly theoretical, yet fundamental, problem, which usually goes right over people’s heads.

Originally, liberal democracy was about…democracy with a liberal tilt. Democracy is the power of the people, by the people and for the people so, therefore, advocates majority rule, which is offset by liberalism. Since Tocqueville, we know that the danger of democracy is that the majority violently subdues minorities. Therefore, “liberal” means respecting individual freedom and, of course, the market economy. And it is believed, rather naivety, but no matter, that the market economy will bring about and protect individual freedom, freedom of thought, freedom of speech, freedom of action, religious freedom, etc.

Immigration is the epitome of this conflict between active and tyrannical minorities protected judges, who impose themselves to the majority. And that is how this concept of illiberal democracy hijacks liberal democracy: Firstly, democracy should come back to the concept of majority-rule and no longer at the mercy of a legal, bureaucratic or technocratic oligarchy, such as the European Central Bank or Brussels. All these oligarchies that have supplanted national governments that represented their peoples. Secondly, the peoples want a human right to be recognized as an important human right, a great human right, which is the right of peoples to historical and cultural continuity and certainly not, in the name of individual human rights, for foreign cultures to come and impose themselves on the age-old culture of the peoples and continuously extend their territorial influence. So this question is a fundamental one.

Ferenc Almássy: There are many distorted images of Central Europe, of the so-called “eastern countries”, that is to say the post-communist countries that were under the yoke of Moscow. What is the relationship of France with this region in general and today in particular? And how do you personally see this whole region and its role in Europe today?

Éric Zemmour: As far as France is concerned, there are two visions: Firstly, the romantic vision of Empress Sissi, Maria Walewska, Napoleon’s mistress, and General de Gaulle, or rather Lieutenant de Gaulle in 1920. There is a kind of romanticism between France and these countries, a kind of Viennese waltz. There are Stefan Zweig’s books, Klimt’s paintings and so on. All of this is in the French collective unconscious and it is deeply positive. Secondly, there is a sense of guilt because we have dropped the ball several times. Napoleon was the liberator of Poland, but this cost him a war with Russia and eventually cost him his power. This ended French hegemony over Europe. After the First World War, we replaced the Germans as the dominant power in this region, but we did not know how to retain this supremacy and we even abandoned these countries, first Czechoslovakia and then Poland, to German military power. So, there is also a guilty conscience as far as France is concerned.

I myself have a more complex vision because I remember history. I know that the Austrian Empire was the great enemy of royal France, and that it betrayed Napoleon. So, I didn’t have a very positive vision at first, even though I like to read Schnitzler, Leo Perutz, etc. I really like Central European literature.

But, on the other hand, what really interests me is the recreation of the Austro-Hungarian Empire by the Visegrád group. You notice that all the countries affected by what has been labelled as a populist wave – except for England, of course, with Brexit, and the United States, but I am talking about Europe – once belonged to the Austro-Hungarian Empire: Austria, Hungary, the Czech Republic, Slovakia, and Italy, part of which belonged to this empire. I think it’s not a coincidence.

I think it’s not a coincidence for two simple reasons: Firstly, the Austro-Hungarian Empire was a multi-ethnic, multicultural empire – more multi-ethnic than multicultural, by the way – which finally exploded under the weight of its contradictions and war, and especially by the recreation of multicultural societies in the countries that emerging from this empire (Czechoslovakia, Hungary, Romania, etc.) during the period between the two world wars. This ended with a bloodbath. And, it must be said, because everyone has forgotten it and no-one wants to see it, that the truth is cruel: There is peace in your countries because ten million Germans were expelled in 1945. Everyone has forgotten that. But it is the expulsion to Germany of a heterogeneous element of the populations, that had been there since the eighteenth century, that allowed a certain unity and ethnic coherence to be found in each country, which again was a guarantee of peace.

Secondly, which makes this piece of history a current hot potato, these regions of the Visegrád group and the Austro-Hungarian Empire, were the limit of the Muslim offensive on Europe. We can talk about the sieges of Vienna in 1529 and 1683, both of which failed . From this last siege, we remember the invention of the croissant, but I think that the Austrians have a different memory of it, and the whole region has kept a different memory of it. There is Hungary which, if I may say so, was on the wrong side of history, suffered three centuries of Muslim and Ottoman rule and has no desire to once more live through an Islamic conquest.

Of course, Western Europe remembers things differently. In France, the Muslim conquest was 732, as was Charles Martel’s victory, and not really in 1832 or 1732. These two events are separated by more than a thousand years. I think that this is the crux of it all between Eastern Europe or Central Europe, the former Austro-Hungarian Empire or the Visegrád Group on the one hand, and France, Germany and England on the other. That’s the difference.

Ferenc Almássy: So, if I could sum it up, you say that it is about the confrontation with the Islamic world, on the one hand, and the multiethnic and multicultural experiences, on the other hand?

Éric Zemmour: Exactly. You have vaccinated your Europe, if I may say so, while our Europe is about to experience both the Islamization of much of its territory and the emergence of multicultural societies that we have never known before and which, in my opinion, will lead to the same catastrophe that you once experienced.

Ferenc Almássy: What do you think about the management of the migrant crisis since 2015? As you know, the so-called “Balkan route” has seen a massive influx of migrants, especially in the summer of 2015, but this continued in 2016, mainly from Turkey, across Greece, the Balkans and onto the Hungarian border of the Schengen Area. In 2015, Viktor Orbán caused a stir by deciding to build a fence to drastically stop illegal and uncontrolled immigration. How do you see this decision, which goes against everything that Europe has been used to for decades?

Éric Zemmour: Orbán’s decision is the consequence of what I’ve just said. That means he remembers what I have just told you. When he sees a million people, mostly men and mostly Muslims, he interprets this as an invasion. It’s starting again and he has to stop it immediately.

In my opinion, he is absolutely right. He decided to build a wall and, in addition, he defended the Schengen border. Europe should be grateful for that. And of course, he opposes the immigrationist and multiculturalist vision of the Brussels authorities, who think in purely economic terms. More immigrants, will lower wages, which is good for productivity and, moreover, they become consumers, so it’s good for growth. You see, all of that is quantifiable but they do not see the clash of civilizations, which is denied by Brussels, since these technocrats believe that there is no clash of civilizations since they believe, there are not several civilizations but only one universal world-wide civilization. They believe this. Orbán, however, outrightly opposes this and, in my opinion, he has taken the right decision. But as you can see, that is not the opinion of our Western elites.

Ferenc Almássy: To conclude, let’s come back to the V4, to the Visegrád group (Poland, Czech Republic, Slovakia, Hungary). What is your vision of these countries’ role, today and in the future?

Éric Zemmour: As I told you, it is the legacy, amusing I would say, of the Austro-Hungarian Empire. It is the return of this Austro-Hungarian Empire. I regret that the French, historically-speaking, did not opt for an alliance with this group in 1918. But we can’t rewrite history. In any case, I think we French should join forces with this bloc in order to keep a certain idea of Europe, of European identity, which is above all Christian and Greco-Roman.

Ferenc Almássy: Éric Zemmour, thank you very much on behalf of TV Libertés and Visegrád Post. 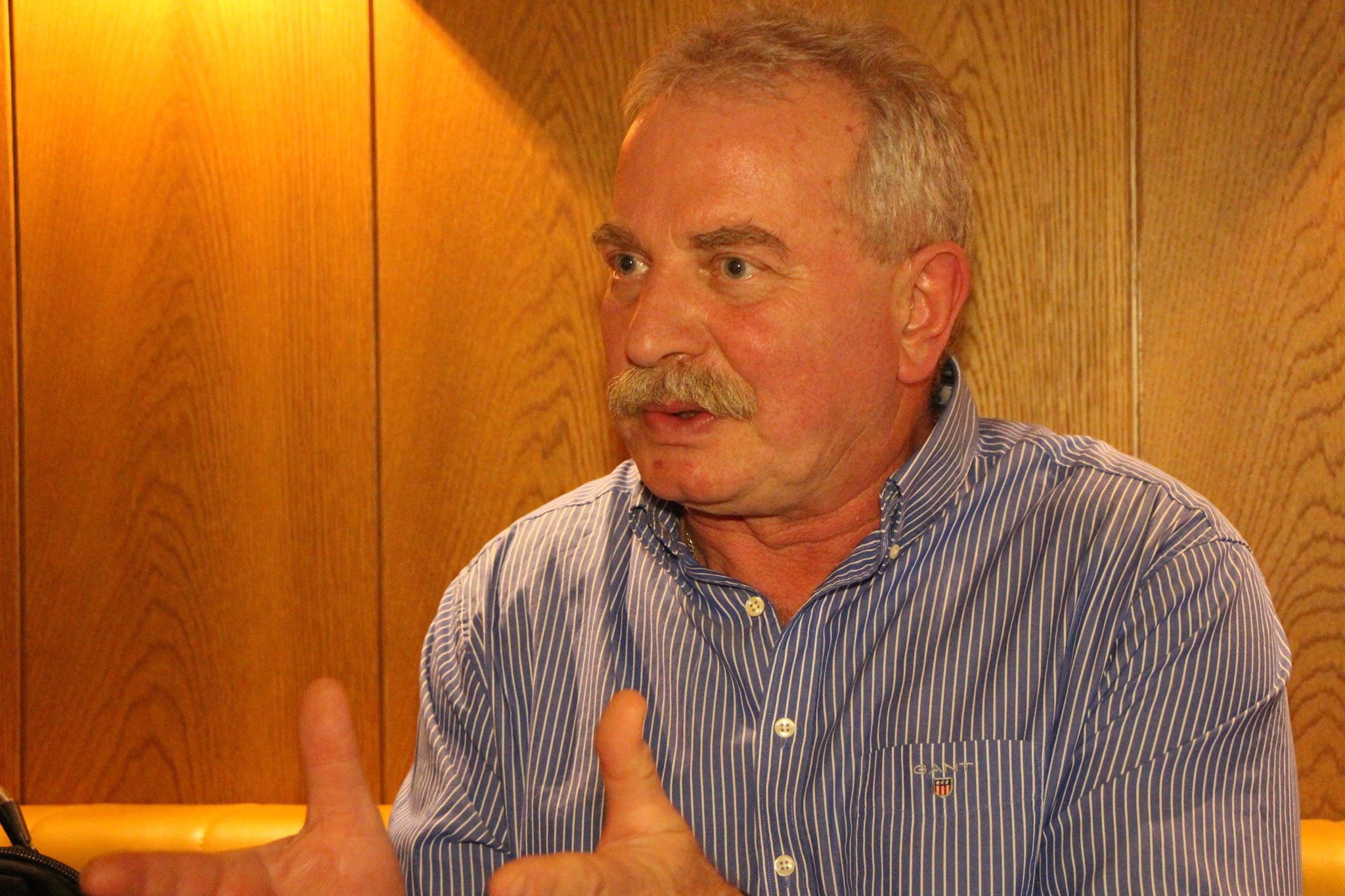 Norbert van Handel: We have to create a Union of Central Europe in order to save our identities