The former President of the European Economic and Social Committee Henri Malosse accepted to answer to our questions about his background, his relationship with Central and Eastern Europe and his opinion on European politics. An interview conducted by Yann Caspar:

Yann Caspar: Could you give our readers a quick review of your professional background?

Henri Malosse: I am a passionate Europhile that did go down the usual civil servant career path. For a long time, I represented the French chambers of commerce at European institutions before becoming a member of the European Economic and Social Committee, of which I was the chair between 2013 and 2016. I am particularly proud of having taken part in the launch of the ERASMUS program and for inspiring the creation of several European mechanisms for small and medium-sized businesses, notably the Euro Info Centres (EIC). Nowadays, I act as an advisor to a political group within the European Parliament and lecture at several universities. Lastly, I am also the chair for the “Vocal Europe” think-tank.

Yann Caspar: For what reasons did you decide at a young age to bind links with the countries of central and Eastern Europe?

Henri Malosse: During my youth, I was quite shocked by the lack of freedom that the countries behind the Iron Curtain suffered from. I have a keen interest in history and the Yalta partition seemed quite unfair to me. I took great interest in studying the history of the anti-Communist resistance in the USSR as well as in central and eastern Europe and was mentored by professors Hélène Carrère d’Encausse and François Fejtö at Sciences-Po university in Paris.

During my military service, I took a trip to Berlin East which had a profound impact on me. As soon as I could (in 1975 at the age of 21), I travelled to central and eastern Europe and started learning to speak Czech and Polish.

Yann Caspar: How did your meeting with Lech Wałęsa come about? Can you tell us what he was like? Do you still keep in touch?

Henri Malosse: I started to visit Poland from Christmas 1975 for both personal and political reasons. During the summer of 1976, I spent a few days near Gdansk with a friend in the hope of discreetly meeting some of the witnesses of December 1970 (the first great naval dockyard strikes). In the backroom of a club, I talked with a group of dockers and ex-dockers and one of them was memorable by his big moustache. Yet it wasn’t until he emerged as one of the strike leaders in the summer of 1980 that I recognised him and realised that I had been talking with Lech Walesa. Between 2000 and 2010, I met him a number of time but without becoming friends. I particularly remember that meeting in 1976 and his role during the great strike of 1980, where he managed to get a large part of the Polish people behind him. I think that it’s that part of his life that will be forever remembered in history and that’s a good thing.

During our 3-hour meeting in 1976, we talked a lot about how a world free of both socialism and capitalism could come about. At that time, I was part of a “Solidarty” movement in France, which was inspired by the famous dissident movement in the USSR. How we talked about “solidarity and solidartism”. Without being certain of it, I sometimes find myself thinking that the word “SOLIDARNOSC” probably came about via my discussions with others trying to find that elusive “third way”.

I also wish to tell you that, with regards to the accusations that have targeted Lech Walesa,

I was also targeted by the Polish security forces (SB) from December 1981 and forbidden to enter Poland until 1989. I have only recently been able to see my Communist-era secret dossier in Warsaw at the Institute of National Remembrance. It had over 400 pages!

I’m thinking about writing a book about all this, notably since I had first-hand experience of the methods of the Communist secret services of that time.

Yann Caspar: The wind of freedom and hope that swept through central and eastern Europe in 1990 was very brief. The people quickly started to doubt the advantages of the European project, yet did not call them into question. What do you think are the reasons behind this deception?

Henri Malosse: I was very involved in this period of euphoria that were the initial years after the fall of the Iron Curtain, visiting central and eastern European on a regular basis. I even briefly became an advisor of the Polish Prime Minister’s cabinet.

I am very critical of the way that the European Commission dealt with the countries that had only just found freedom once more. After 1993, the Commission quickly sent an armada of so-called “experts”, which all came from large Anglo-Saxon firms, to these countries. In Poland, they were nicknamed “Mariott Experts”. Their objective was to “sell” the virtues of liberal economics and not the idea of Europe.

There was another way, which might well have been longer to put in place, to win the hearts and minds of the people and that was to increase the rate of exchange of experiences between economic players, social groups, youth, towns, etc…I had the chance of running a project of that sort, with the chambers of commerce and industry, which brought together 5 EEC countries and Poland and is still going strong today after more than 30 years!

But in the 1990s, the idea of Europe had already been replaced with globalised Brussels-based executives. I believe that all the EU saw was a chance to crack open some new markets, gain access to cheap labour and was never interested in what riches

and values these nations could contribute to the European project.

Yann Caspar: In your last book entitled “The Twilight of the Bureaucrats”, you talk of this region being a German “hinterland”. Can you explain what you mean by this?

Henri Malosse: It is an established fact that German industry has massively invested in the countries of central and eastern Europe in order to create its “hinterland” of sub-contractors based on well-trained and less expensive labour than what it can get in Germany. I don’t find this shocking per say as long as this doesn’t transform itself into some sort of economic or political imperialism or paternalism.

I am convinced that the Visegrád countries, if they can further work together, can become a political and economic force that can rival that of France or Germany! Indeed, it is not the eternal destines of these countries to remain sub-contractors!

Yann Caspar: For a few years now, relations between Berlin and Washington are not as idyllic as they were in the past. Is it now possible to imagine a Europe without the influence of America?

Henri Malosse: The Americans today are not the same as those of 1944. Their global influence is wanning. Retrospectively, I can see the merit of General de Gaulle’s vision when he talked about keeping Washington “at arm’s length”. On a number of conflicts on the European continent, like the Ukraine and the Balkans, I don’t believe that America provides a positive influence today. I understand that some countries, such as Poland and the Baltic states, want to remain under the protection of the “American umbrella” but it must not stop us critically looking at things, notably

the questionable practices of American spying or the economic imperialism of the GAFAs.

If the European Union stopped trying to control everything from Bruxelles and became a sort of confederation of free sovereign states, it would be able to reconsider its relationship with Washington in a more balanced way. However, this would mean that the Europeans would have to start funding their own defence programs.

Yann Caspar: European institutions regularly condemn countries for human rights violations. Is the European Union in a position where it can lecture others about such things yet, for over a year now, it has promoted “restrictive measures” which are highly incompatible with notions such as rights and freedoms. What of American foreign policy? We know that it doesn’t boggle itself down with such legal or humanitarian ethics.

The issue of human rights is indeed a double-edged sword. No-one is in a position to lecture others on this matter and I’m not in favour of using sanctions be they personal or economic for they end up just penalising the ordinary people. The EU and its member states, not to mention the USA, should be humbler in this matter when we take a closer look at their track records.

Having said that, it is important to keep our eyes open! For those that lived under the Communist yoke on the other side of the Iron Curtain, it was important that those exiled be welcomed and that their writings be published. The latter is something I did myself, notably the writings of Soljenitsyne when I visited central and eastern Europe in the 1970s!

For example, I find it quite scandalous that the Dalai Lama wasn’t allowed an official visit because of the pressure exercised by the Chinese authorities or that Brussels is actually willing to allow the Chinese unfettered access to our markets. Let’s talk, let’s do business if it is in our interest but close our eyes on the atrocities committed by Communist regimes, certainly not!

Yann Caspar: For a number of our partners, the European Union only formally exists. For example, we know that the Russians and Chinese don’t even bother talking to Brussels for they consider that Germany is the only serious partner in Europe. All this gesticulation about human rights, notwithstanding how ridiculous it appears to our partners, is it not just the proof of the inconstancy, or even the non-existence, of the EU?

Henri Malosse: I agree with you regarding the inconstancy nature of EU diplomacy. I would go further and say that it is harmful and only adds to the confusion.

Personal or economic sanctions do nothing useful!

I myself was placed on Moscow’s “black list” as of 2015 as a response to the EU sanctions put into place following the annexation of the Crimea. My only faux-pas was to have visited Kiev and Maidan Square during the upheavals yet I never criticised Russia and actually was promoting all sides to talk to each other!

What to do now? There are still some areas of the world where Europe (and not just Germany) does have some influence such as Spain in South America, France in Africa, etc…Not everything is question of economics for there is also culture, diasporas and not forgetting military and/or humanitarian might.

I rather believe in a new sort of Europe that is organised as a confederation of free and sovereign nations that would delegate the responsibility of representing them all to a troika of 3 countries (of which one would be small) that have clot and weight in the region in question. Finally, I do think that now is the time to prepare the “Wind of Change” of Europe. 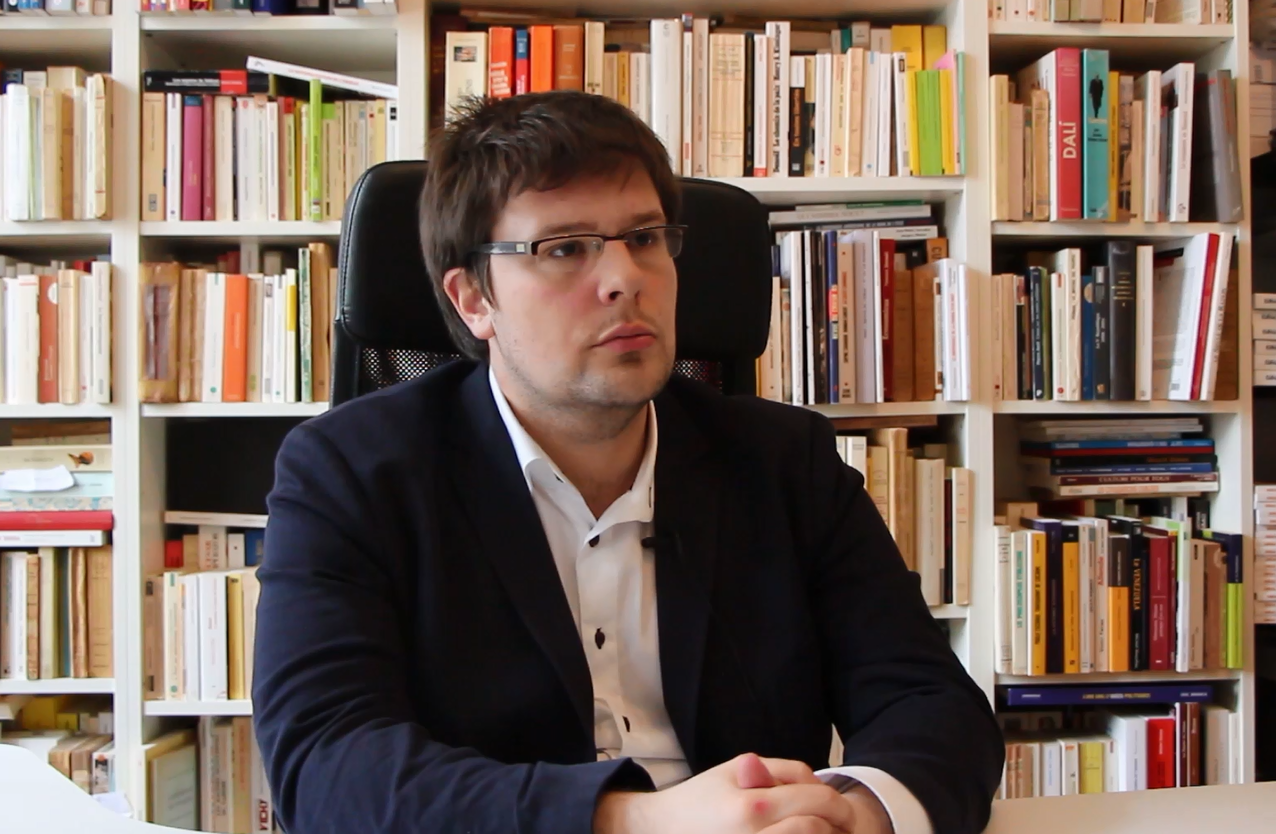 Pierre-Yves Rougeyron : “The EU, like the Soviet Union, is irreformable” 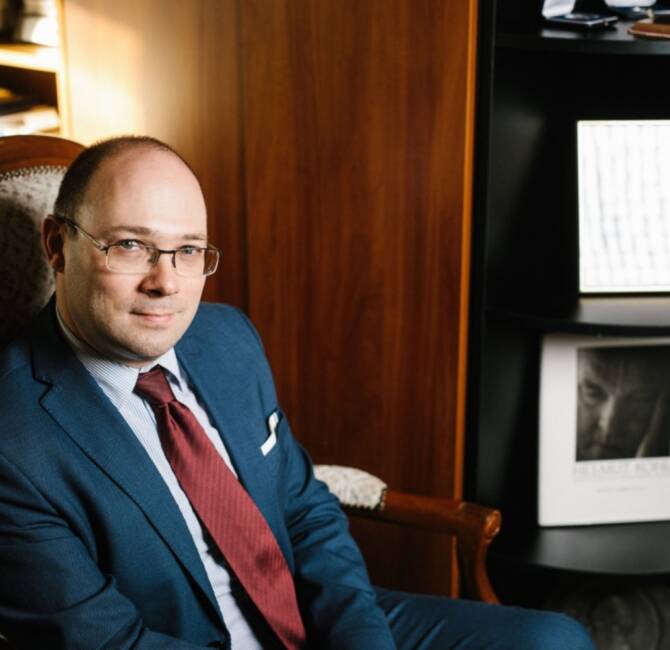 Bence Bauer: “Germany, Hungary: Our two countries and peoples have a good relationship”