Interview with Tristan Azbej, Hungary’s State Secretary for the Aid of Persecuted Christians and for the Hungary Helps Program: “We were the first government to address the need of 340 million people whose human rights are violated.”

The position of the State Secretary for the Aid of Persecuted Christians and the Hungary Helps Program has been established by the Hungarian government between 2016 and 2017. These initiatives aim at providing humanitarian aid to persecuted Christian communities across the world.

Sébastien Meuwissen interviewed him on 10 September.

Sébastien Meuwissen: You gave us an interview two years ago in which you emphasised that Christianity is the world’s most persecuted religion in the world. Is it still the case today?

Tristan Azbej: The international phenomenon of Christian persecution has become worse in the last years. According to recent surveys by international advocacy organisations, the number of people persecuted or discriminated against because of their Christian faith rose from 250 million in 2019 to 340 million last year. So it has increased by almost 100 million people in the course of a year. It means that Christian persecution – the violation of freedom of religion and belief of Christian people – represents one of the biggest human rights abuses of our time.

Sébastien Meuwissen: The Taliban recently took power in Afghanistan. What will the consequences be for local Christians of this country?

Tristan Azbej: According to our information, there were 8 to 10 thousand Christians in Afghanistan before the Talibans took over. The reason why the numbers are not precise is due to the fact that Christians had to practice their faith underground even before the Talibans’ takeover. Afghanistan is à country with strong “anti-conversion” and “anti-blasphemy” laws. This is why it was already à life-threatening experience to practice Christian faith in Afghanistan.

Now that the Taliban took over, the situation got even worse. We receive heart-breaking news from there from underground Christians. They receive messages from Islamist extremists who threaten to kill them. Let me quote one of these messages. “We know who you are. We will find you and we will kill you.”

Since the Americans announced their withdrawal from Afghanistan, many Christians have been on the run trying to flee the country. They have good reasons to do so because now the Islamic extremists can display their violence even more easily. They are going from house to house looking for Christians. We have heard about the fact that several thousand Christians managed to escape the country. However, there are still Christians left in Afghanistan who are trying to get out.

The Hungarian policy towards Christian persecution and in relation to any humanitarian crisis in general is providing support where problems occur rather than encouraging migration. In the case of Afghanistan, we are trying to reach Christians with humanitarian support where they live or in the closest safe neighbouring country.

Sébastien Meuwissen: How does the Hungarian government reconciles its support for Armenian Christians in Nagorno-Karabakh with its official support for Azerbaijan due to the economic and energetic ties that Hungary has with that country?

Tristan Azbej: The Hungarian government’s official stance regarding the conflict between Armenia and Azerbaijan has been severely distorted by the media. The Hungarian position is that we support the peaceful resolution of conflicts. In accordance with international law, we also put a strong emphasis on the territorial integrity of every country. It is important to bear in mind that this is not a religious conflict.

Nevertheless, Hungary offered assistance to all civilians affected on the sites and supported refugees in Armenia and also the humanitarian missions of the Armenian Church.

Working together with charities, we have provided support for the Armenian Apostolic Church for food provisions in Armenia and for the reconstruction of religious institutions and churches.

I paid a personal visit to Armenia in June this year. Together with my Deputy Prime Minister, we were received by Armenian Patriarch Karekin II and received a decoration from a university in Yerevan for our efforts and solidarity.

Sébastien Meuwissen: It is an understatement to say that the Hungarian government is often misunderstood in its decisions in the context of the European Union. Should the creation of a State Secretary for the Aid of Persecuted Christians be interpreted as à form of provocation aimed at your Western European partners to establish something similar in their own governments?

Tristan Azbej: Our aim was not to provoke. Hungary’s mission for persecuted Christians has a twofold significance. The most important one is that we support Christian communities who are in danger. We are doing all we can to make it possible for them to remain in their homelands. In the last four years, we managed to reach more than a quarter of a million persecuted, discriminated or threatened Christians worldwide. This is the most important result of our programme.

But we also have a human rights agenda. In this matter, the difficult aspect is that the world is not ready to act. We are therefore advocating for persecuted Christians and we have a strong intention of raising awareness of this persecution to international organisations, which requires diplomacy.

When we first started to talk about the issue of Christian persecution, we were heavily attacked by left-wing and liberal forces and governments for whom it is a “non-issue”. Their argument was that we were talking about it in order to create à political agenda. They have been calling us provocateurs.

The truth is that we were the first government to address the need of 340 million people whose human rights are violated. In the beginning, I was arguing with the use of the term “provocation”. After a while, I decided that if provocation means that we convince other governments to stand in favour of people who are persecuted for their faith, then let’s call it provocation and let’s provoke other governments to start their own version of the Hungary Helps Program.

I would like to see the European Union and human rights organisations taking a stand for persecuted Christians who are facing martyrdom instead of continuously pushing a liberal-leftist agenda.

If it is provocation for the good cause and for saving hundreds of millions of lives, then so be it.

Sébastien Meuwissen: So maybe let’s reformulate it as a “call to action”. That sounds better.

Tristan Azbej: On my terms, it is a call to action. Some people see it differently. No matter what we call it, the most important thing is that it encourages them to act.

Sébastien Meuwissen: In which way did the Covid crisis impact the providing of humanitarian help?

Tristan Azbej: The Covid crisis represented a huge challenge for our working methodology. However, we were able to continue our activity and our support thanks to the lively activity of several churches in Asia, the Middle East and Africa. In the first phase of the pandemic, the Hungarian government focused mainly on helping the Hungarian people. We cannot help anyone else in the world unless we protect ourselves.

But right after our resources had been back on track and we were ready to carry on with the Hungary Helps Program, we turned once again our solidarity to Christian communities. For instance, when the double blast occurred in August last year in Beirut, we managed to deliver very substantial aid to the Catholic charities in Lebanon in the course of 24 hours.

Several hospitals were destroyed as a result of the blast. However, the provisions we provided were used to renovate apartments and houses of those who had lost their homes. As a result, many families could move back to their renovated places.

The biggest challenge caused by the coronavirus crisis has made the situation of persecuted Christian communities around the world even worse. They have often been discriminated against during aid activities, especially in countries where Christians are not regarded as first-class citizens. The other case concerns many countries in which Christians don’t have equal access to employment. For them, the restrictions caused by the coronavirus made it impossible to make a living.

We received heart-breaking news from Asia and Africa from Christian communities facing starvation and death as a result of this crisis situation. We did what we could to provide humanitarian fast relief including food for different locations to help different charities and church institutions.

Sébastien Meuwissen: There are elections awaiting you next spring in Hungary. Do you think Fidesz will manage to stay in power and continue the work that has been started or are we on the verge of an important shift in the Hungarian political landscape?

Tristan Azbej: Regarding the election’s perspective, I would leave the predictions to pollsters and political analysts. We do trust that citizens acknowledge what the Hungarian government has done for Hungarian families. In Hungary, everyone could make à step forward regarding their social status and living standard. We are an optimistic country. More and more babies are born which is the best indicator of our successful government.

I hope that the majority of Hungarian people will appreciate our strong work and fight to maintain Hungarian national sovereignty and keep Hungary a country of Christian culture, freedom and security in a context of threats such as mass migration.

The Hungary Helps Program is part of that because, with many millions of Hungarians, we believe that the Hungarian nation’s moral duty is to support Christianity and Christian culture.

There is even a more practical aspect in the way we contribute to the well-being of the Hungarian people. We have found the most humane and Christian way to prevent migration. Our general principle is that it is much better to take aid and assistance where the trouble is rather than to import the people in trouble to Hungary and to the European Union.

We believe – together with the vast majority of Hungarians – that migration is not the answer to humanitarian crisis. In the context of the Hungary Helps Program, we managed to help around 340 million people to remain in their homeland rather than having to move to another country. We therefore hope that Hungarian voters will see it and we will be able to continue the work that has been started in 2010.

Sébastien Meuwissen: Mr Secretary, thank you for your time. 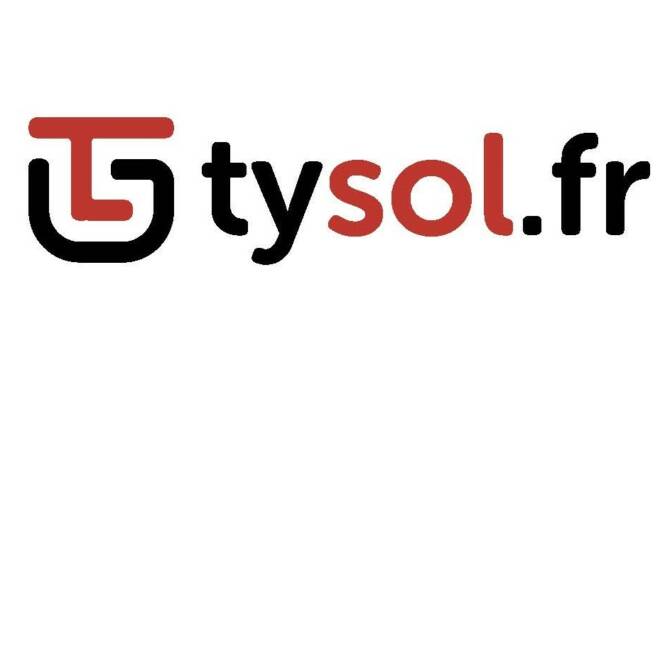 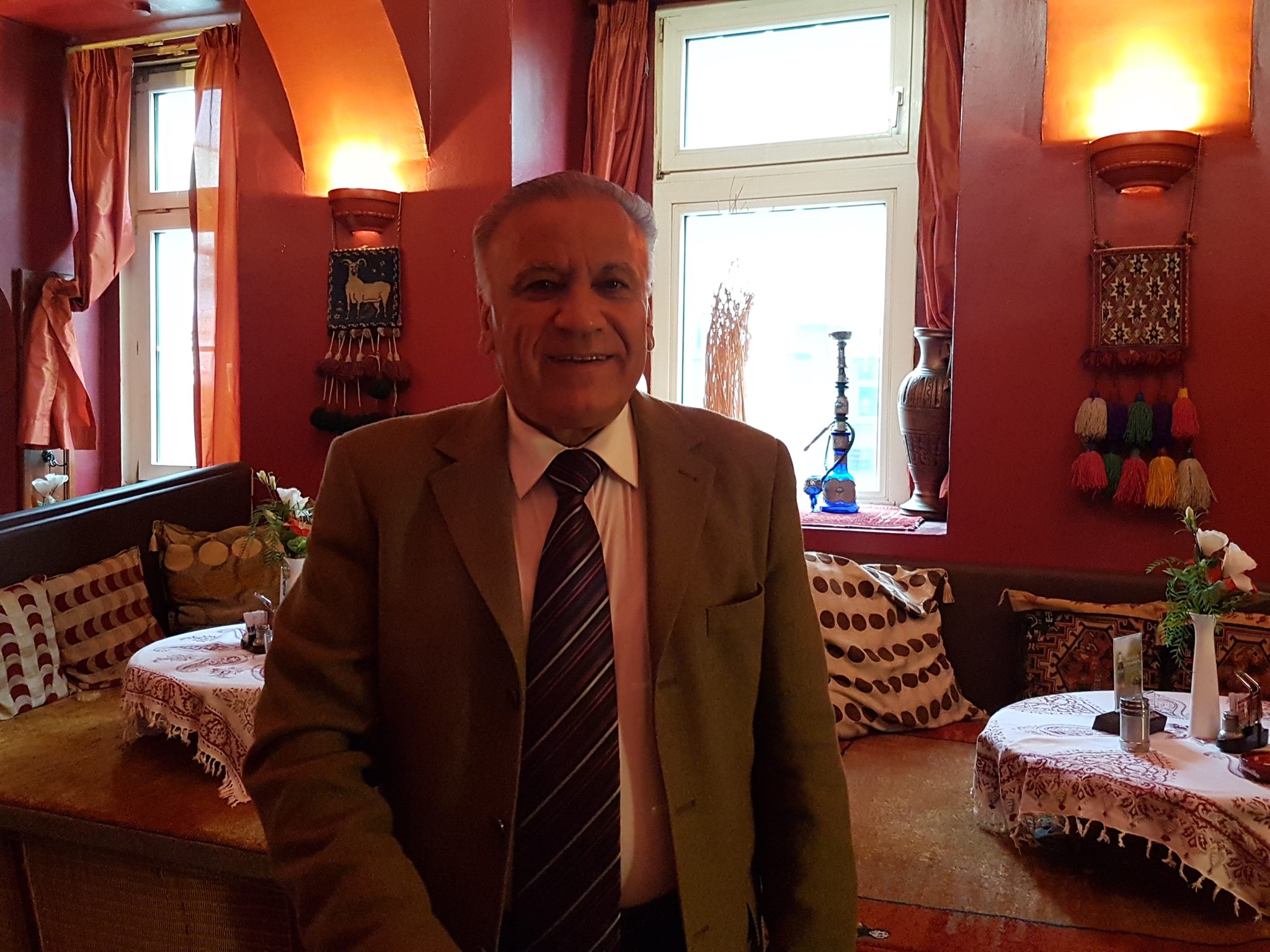 Amer Albayati: “The Socialists and the Greens support the Islamists in order to get more votes.”