This article was published online by the Magyar Nemzet on 28 September 2021.

Did you hear that the Slovak government apologized for the infamous Beneš Decrees that violated the human rights and freedoms of their own citizens of Hungarian descent, expressing their regret for the tragedy of the innocent? Well, you heard almost right.

A very public apology did indeed occur – including some of the aforementioned terminology – after the Slovak Government felt it their moral obligation to express their regret regarding the crimes committed by the former national power. However, the crime in question was not the Benes Decrees, (which we dare say was expected) but rather the Jewish Code (Codex Judaicus/Zidovsky kodex) of 80 years ago which deprived Jewish people of their human and civil rights on the basis of their “racial” affiliation and barred them from cultural and social spheres. Exactly as they did with the Hungarians (and Germans) four years later, with the knowledge of the Jewish tragedy.

What’s more, Beneš’ attempt at ethnic cleansing was not implemented due to an (overzealous) imperial ideological expectation like in the Slovak puppet-state of Tiso. On the contrary: in 1945, at the conference of the victorious powers in Potsdam, Czechoslovakia’s efforts to unilaterally deport Hungarians from Slovakia were not authorized, at most a Hungarian–Czechoslovakian population exchange was allowed. So, what they could not accomplish this way, they managed by deportation to forced labor camps in the Sudetenland while the remaining Hungarians were banned from using their mother tongue and their schools were taken away.

According to the high moral standards of the Slovak government’s declaration on the Jewish Code, we can rightly call the treatment of Hungarians under the Beneš Decrees also a crime. László Kövér, Speaker of the Hungarian Parliament, stated at the unveiling of the Šamorín (Somorja) monument to the deported Hungarian and German victims: “The acts committed against the Hungarians in the Slovak territory, also known as Upper Hungary, between 1945 and 1947, was a sin against God and humanity.” “The violated rights, humiliation and people expelled from their homeland is still a part of our collective memory, and without closure is an open wound in our souls. The common Christian faith of the Hungarians and Slovaks, along with the common destiny of Central Europe, and the common interests of our states oblige us all to heal the wounds of the XX. century in this XXI. century.”

Yet despite our common faith, our common fate and interests, Slovak politics has still failed to utter the simple but clear words they owe us, which they considered their moral obligation to express to the Jews. In fact, the response from the Slovak Foreign Minister to the minimally confrontational words of the Hungarian Speaker – “we await an apology and a satisfactory gesture for the crimes against Hungarians with gentle but steadfast patience for the sake of generations to come” – was rather indignant.

Ivan Korčok, Minister of Foreign and European Affairs, firmly denied that one of Hungary’s main public dignities “should present his own historical interpretation in Slovakia”. Korčok continued, expressing his disappointment: “We are constantly receiving messages and schooling from Budapest on our common history.” Bratislava (Pozsony) has closed the past, but when representatives of the Hungarian state speak in public about topics “that take us back to the tragic XX. century, it is only useful for arousing negative emotions.” A Central European citizen wonders: would I assume such a tone in connection to a ghetto monument?

Krisztián Forró, president of the Party for the Hungarian Community (Magyar Közösség Pártja, MKP) representing the Hungarian minority in Slovakia, answered poignantly saying that, this chapter of history cannot be closed unilaterally because “the shadow of collective guilt still hovers over our children.” History must have closure – but not by sweeping controversial issues under the rug. Because, in the words of MKP Chairman Péter Őry, the silence of Slovak political elite in response to these unresolved issues will continue to act as a provocation in 2021.

György Gyimesi, a Hungarian member in the leading Slovak governing OL’aNO party, believes that we Hungarians warrant the same moral satisfactions that the Jewish people received or the Germans, to whom the Slovak Parliament apologized in a resolution. According to Norbert Hegedűs, a Hungarian minority journalist in Slovakia, Hungarians are due an apology; it does not cost anything and would be an important gesture. The fact that the Slovak Parliament has not been capable of doing this since 1993 highlights their pettiness. László Bukovszky, the Slovak government’s minority commissioner, says that the Hungarian and Slovak governments should adopt a common resolution for reconciliation which has been postponed for more than two decades. “This issue should be raised to a professional level. Let us allow historians to handle this” he added.

It is a historical fact that the law ordering the deportation of Slovak Jews on May 15, 1942 was passed almost unanimously by the Bratislava Parliament. Only a single, lone member voted no: Count János Esterházy, the Hungarian representative who remained in Slovakia. He stated that “as a Hungarian and Christian and Catholic, I find this proposal depraved and inhuman.” This person, who alone was able to determine at the time of decision-making – not 80 years later – that the Codex Judaicus was indeed a crime, is still considered a war criminal by the Slovakian state…. And this is where the professional discourse begins. 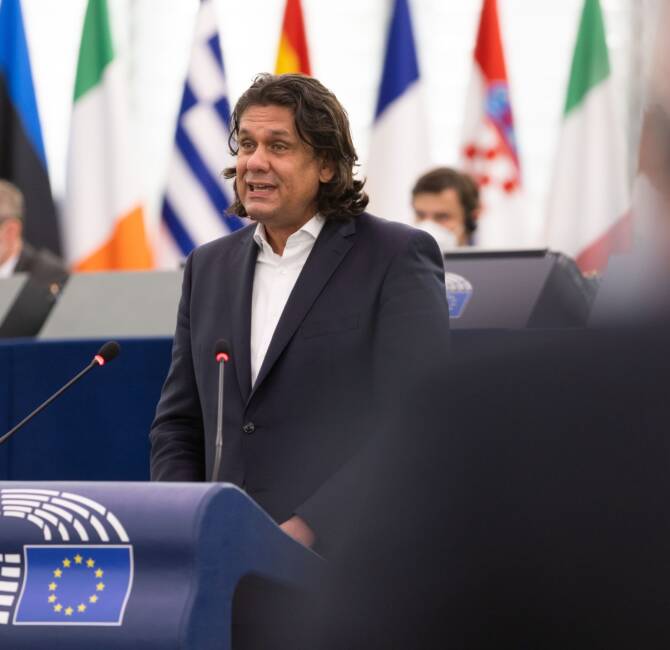 Tamás Deutsch to the EPP: Isn’t it time for some self-reflection?