Poland – For several months now, the Polish Minister of Health has been trying to get a law passed that would allow employers to check their employees’ Covid-19 vaccination status. The employers’ union Lewiatan requested this on the grounds that it would allow for better management of work organisation in view of the increased risk of disease transmission that is allegedly posed by unvaccinated employees. This would also be in line with the additional pressure that Minister Adam Niedzielski would gladly put on Poles to get vaccinated. In a country of 38 million, the number of fully vaccinated people has been increasing very slowly since it passed the 18 million mark. As of now, just over 20 million people have had at least two doses of the Covid vaccine, representing just over half the total population.

However, such a law would pose serious problems in a democracy governed by the rule of law, and while the liberal and left-wing opposition would certainly vote in favour given that they advocate for more health restrictions and exclusive privileges for the vaccinated, the minister’s bill has proved very divisive within PiS.

On 16 November it mysteriously disappeared from the Sejm’s agenda, and those opposing the planned Covid vaccine segregation tool were delighted. This was premature, however, as a similar draft law appeared the next day in the form of a bill tabled by a small group of PiS MPs. However, the controversy caused by the new bill is such that by the next day, the president of the PiS group in the Senate reported that those same deputies who had at first supported it were already withdrawing their signatures.

PiS MP Anna Maria Siarkowska, who has been leading the fight against excessive, liberticidal health restrictions from the beginning, spoke of a “shot in the knee”, which is the Polish expression for shooting oneself in the foot. For Siarkowska, such a lifting of medical secrecy and personal data protection would be unconstitutional and politically very harmful.

Poland’s eastern provinces are where people are the least vaccinated – and it is also where PiS traditionally gets its best electoral results.

Kaczyński’s Law and Justice party must therefore take into account that any discrimination against the unvaccinated is first and foremost an attack on its own electorate that could be costly in the next elections.

The proposed law would not only allow public and private employers to know which employees are vaccinated and which are not, so that they can assign the latter to other positions (one can only imagine the pressure to which the non-vaccinated will be subjected!), but healthcare facilities managers could even dismiss those who refuse to get the jabs. Employers themselves would also be blackmailed, since the draft law provides that, if lockdown-type restrictions on certain activities were to be reinstated, companies whose employees are all vaccinated would not be affected.

In Konfederacja, a grouping of nationalist and libertarian opposition MPs, all of whom are hostile to health restrictions and infringements of civil liberties, the proposed bill was described as “disgusting”.

Even within the government, Agriculture Minister Henryk Kowalczyk, who holds the rank of deputy prime minister, called the draft law “very controversial”. “Perhaps other methods need to be used,” he said, noting among other issues that making vaccination information available to employers would pose a data security problem. Minister Kowalczyk is “wholeheartedly in favour of encouraging vaccination in every possible way”, but he is not sure that he would vote in the Sejm in favour of the proposed bill.

According to the news website Onet, because of the new controversy, within PiS “there is a growing feeling of an atmosphere similar to that of a little over a year ago, when the government wanted to force through its five proposals for animals”. Those proposals that were put forward by Jaroslaw Kaczyński finally fell through, but they came at a great political cost for PiS, especially among the rural electorate, part of which now seems permanently lost to them.

In the 2020-21 school year, Mateusz Morawiecki’s government remained deaf to protests and warnings when it imposed distance learning on secondary school and upper primary school pupils without interruption from October to May.

It has resulted in a very sharp increase in psychological and mental problems among children, something the Polish health minister himself now acknowledges.

In addition, lockdown policies, combined with debt-financed government subsidies, have contributed to a dangerous rise in inflation (due to demand being artificially kept high in the face of falling supply), which is on track to exceed 7% year-on-year. To top it all off, because of the disputes with Brussels, the EU recovery plan funds remain arbitrarily blocked by the European Commission, and the Polish government can hardly afford to increase its budget deficit as it must rely on its credit standing, which is still good. Because of all this, and despite the very sharp increase in the number of Covid-19 cases in recent weeks and the rise in hospitalisations and deaths, the health minister is not planning any lockdown or segregation of the unvaccinated. Instead, he is simply calling on people to get the jab and to respect the existing public health measures. In order to ensure that the latter, and in particular the facemask mandate, which many Poles no longer want to comply with, are kept in force, the health minister announced a strengthening of controls in public transport and shopping centres, with fines to back them up.

While the number of new positive tests is now well over 20,000 per day, or about a quarter of all tests performed, and Covid-related deaths are once again in the hundreds, Niedzielski has been striking an optimistic note, stressing that the fourth epidemic wave has begun to subside in the Lublin and Podlaskie voivodships, which are where people are least vaccinated and which until recently were the most affected by the fourth wave.

Poland seems to have gradually converted to the Swedish method, at least for the time being, and is doing all the better for it (as is Sweden, which is doing very well). In these times, this makes it a relative island of freedom in Europe, even if the bill tabled on Wednesday is threatening civic liberties once again. 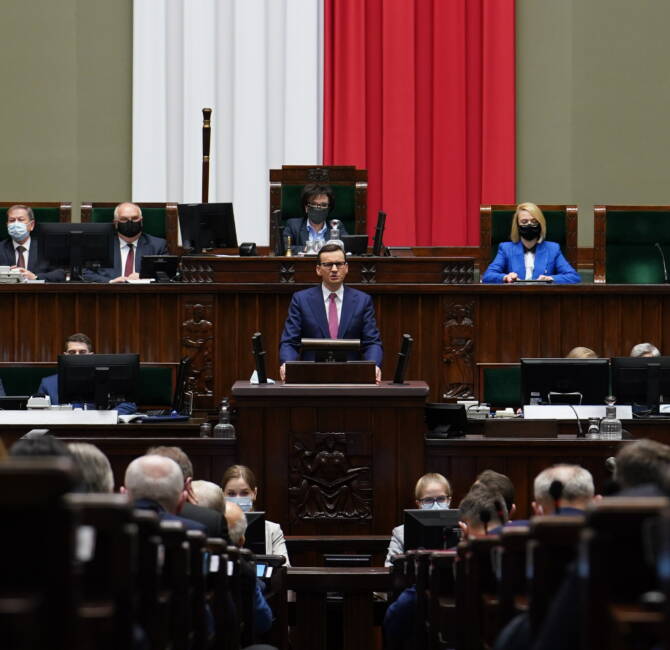 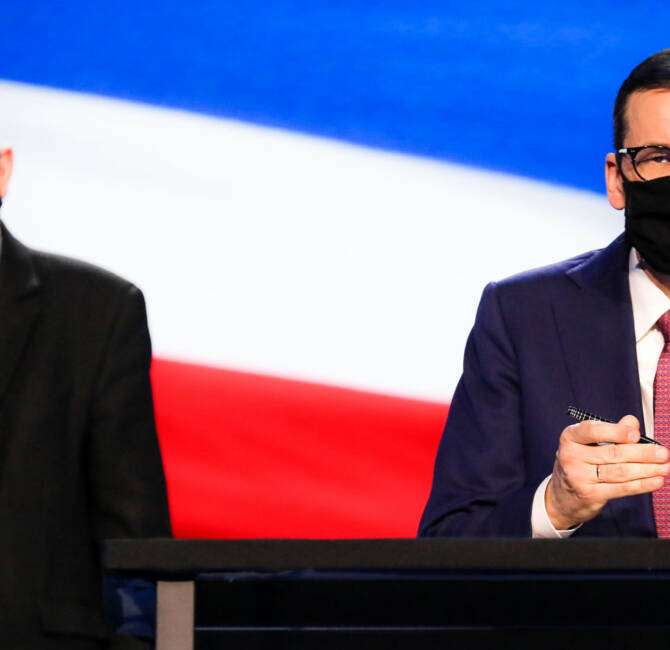