Read Part 1: Warsaw demands EU treaties be complied with and refuses to pay fines imposed by the ECJ

As major beneficiaries of EU funds and not yet having caught up economically with the western part of the continent, the former Eastern Bloc countries have now become an instrument used by the EU institutions, dominated as they are by committed Eurofederalists, to extend the EU’s competencies by developing new case law that complements and in some cases profoundly modifies the spirit of the treaties and existing EU law. The European Union is thus being transformed into “the first non-imperial Empire (…) that imposes its discipline not by force but by law”, as former President of the European Commission José Manuel Barroso once described it.

The Eastern countries are all the easier prey because their societies are split in two by a divide that Polish essayist and journalist Rafał Ziemkiewicz describes as post-colonial. A divide that is typical of countries that have emerged from a long period of foreign domination, with a part of the elites and the population still suffering from an inferiority complex that pushes them to denigrate their national identity in favour of their affiliation with the empire, which is considered superior and more advanced on the civilisational level: “It is unfortunate, but every country that has been subjected to long-term occupation is deeply divided between those who want to keep their identity and those who want to renounce it, who hate it because they think it makes them inferior people, that it prevents them from being more modern and becoming like those who occupied them.” This is how the EU institutions’ growing interference in countries that knew the Soviet yoke for some 45 years is made possible – by appeals made to Brussels by part of the opposition in its struggle against the democratically elected leaders in their respective countries, whether it be the parliamentary opposition, civil society organisations, generally financed from abroad, notably by the network of foundations linked to George Soros, or even activist judges engaged in a struggle against the laws passed by the parliamentary majority.

Thus, Romania is today the scene of a jurisdictional conflict between the ECJ and its Constitutional Court that is very similar to the conflict on the Brussels–Warsaw axis, although it is less talked about because the Romanian government, and in particular President Klaus Iohannis, are less radically opposed to the Eurofederalist, immigrationist and progressive line of the European elites, and Romania therefore arouses less hostility from the European Commission and Parliament.

Nevertheless, the conflict of jurisdictions between the EU and Romania was recently the occasion of a historic ruling by the ECJ, in which the judges in Luxembourg affirmed for the first time in such an open manner the primacy of their case law over the member states’ constitutions, thus risking future conflicts with the constitutional courts of major EU countries such as Germany, France, Italy or Spain. The constitutional courts of these countries all consider that the national constitution is above other sources of law, including EU law and its interpretation by the ECJ.

In the Romanian case, the jurisdictional conflict refers to a decision of the Romanian Constitutional Court (CCR), which had invalidated corruption convictions by the High Court of Cassation and Justice (HCCJ) on the grounds that the panel of judges had been formed without respecting the law (one judge had not been appointed by lot and not all judges on the panel were specialised in corruption cases). The CCR also ruled that the Romanian intelligence service’s involvement in the collection of evidence for this type of criminal case was unconstitutional.

Following this decision, judges from the HCCJ and the Bihor High Court sent preliminary questions to the ECJ, as the corruption case involved EU funds, and these judges found that the CCR decision did not allow for the application of the Cooperation and Verification Mechanism adopted in 2006 by the European Commission on the occasion of Romania’s accession to the EU. The judges who submitted the preliminary questions also challenged – in the light of the principle of independence of the judiciary mentioned in general terms in the EU Treaty in relation to the implementation of EU law – the disciplinary proceedings initiated against the magistrates who were responsible for the flaws in this corruption case.

In a ruling issued on 18 May, 2021, the ECJ attacked the Romanian judicial reforms that led to this decision of the Constitutional Court in Bucharest. As in the Polish case (see “Part 1: Warsaw demands EU treaties be complied with and refuses to pay fines imposed by the ECJ”), the ECJ considered that it could authorise any Romanian judge to disobey national law and the Constitution with regard to provisions that such a judge finds to be contrary to EU law. If this new principle, which emerged in a November 2019 ruling against Poland, were to be applied, it would lead to great legal uncertainty or even outright judicial anarchy, with each judge becoming an interpreter of the constitution in the light of his or her perception of European general principles and EU law.

For more information, see:
“Parliamentary democracy vs judicial activism: not just a Polish or Hungarian issue!”

But on 21 December, the ECJ responded with a landmark ruling, in which it held, as stated in the press release announcing the decision, that “the primacy of Union law requires that national courts have the power to leave unapplied a decision of a constitutional court that is contrary to that law”. In the context of this ruling, it is clear that what is called “Union law” is not limited to what is written directly in the treaties or directives, but also covers the general principles referred to in the EU treaties and also ECJ case law. The ECJ therefore believes that its case law should now take precedence over the constitutions of the EU member states, and that any court in a member state may refuse to apply a law or even a constitutional principle that it considers to be contrary to the EU’s general principles or to ECJ case law.

Under such principles, in the eyes of the EU institutions there can no longer be any areas of competence entirely reserved for the member states, and the judiciary is the sole arbiter of the laws and constitutions enacted by the elected representatives of the people, with the European Court of Justice as the supreme authority and with no counter-power to control it.

Until further notice, the rulings of the ECJ on the primacy of its case law over national constitutions thus remain a dead letter. It remains to be seen whether, with the official entry into force of the famed rule of law mechanism, the European Commission will, as in the case of Poland, use financial blackmail to force the Romanian authorities to submit to the European court’s judicial putsch, in order to create a precedent that can then be brandished against other member countries. 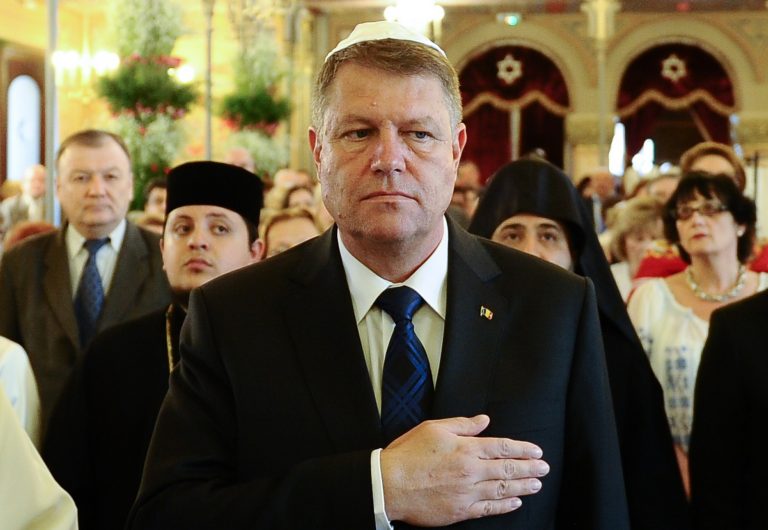