Poland – Last Friday, part of the Polish right, including some in PiS’ ranks, applauded the resignation of 13 of the Medical Council’s 17 members who had been advising Prime Minister Mateusz Morawiecki on the fight against the Covid-19 pandemic since November 2020. The government side remains divided on which policy to follow, between those who, like the health minister, would like a form of vaccine segregation – to “piss off the unvaccinated” as the French President puts it – and those who believe that the freedom to be vaccinated or not must be respected and that it would be contrary to the constitution and the principles of democracy and the rule of law to institute any form of discrimination against people who, after all, are not in violation of the law.

The only discrimination implemented so far in Poland is that the limits on numbers of people in public places, which have been reintroduced as part of the fight against the pandemic, now only concern unvaccinated people. But that is only in theory, because no law has been passed that would allow those responsible for monitoring the limits to require proof of vaccination and identity, and in practice these limits are poorly respected.

The Prime Minister’s Medical Council was composed exclusively of physicians, but was criticised for being unrepresentative in terms of medical specialties. Its members were mainly hospital doctors who only had experience of Covid in patients arriving in a serious condition; hence the recommendation, much criticised by a number of city doctors, general practitioners and specialists, to make massive use of remote consultations from spring 2020, and to recommend only paracetamol to people with symptomatic Covid who are not hospitalised, to the exclusion of any antiviral medication and any antibiotic even in the event of suspected bacterial superinfection. Another line of criticism aimed at the PM’s Medical Council pointed to its exclusive focus on vaccines, to the exclusion of treatments, and the often aggressive, even hateful interventions of some of its members, and in particular of its chairman, Professor Andrzej Horban, who once went so far as to say in the media that when he saw a person who had not been vaccinated, he had his “knife out in his pocket”, which is a Polish expression meaning that he felt like killing that person. Several members of the Medical Council were also accused of having links with the pharmaceutical industry, and therefore of being in a conflict-of-interest situation.

On 10 January, the PM’s Medical Council caused a stir with a statement calling on the government to dismiss anyone in public office who questions the effectiveness of the Covid vaccines.

The prominent medical professors were reacting to the controversy raised by the chief education officer in Krakow, who supervises schools in the Lesser Poland Voivodship. She had declared on radio that she was against compulsory vaccination for teachers both because an adult and free person must be able to decide alone whether to be vaccinated or not, and because the potential long-term effects of these vaccines, which she described as experimental, are not yet known. That was on 7 January, and it earned her a backlash from Health Minister Adam Niedzielski, who said he condemned “all signs of lack of reason” and called for Chief Education Officer Barbara Nowak’s resignation.

The education minister followed his colleague’s lead by condemning, albeit in less contemptuous terms, the remarks made by Nowak, whom he had supported in the past for her courageous interventions against the presence of LGBT activists in her region’s schools and against the propagation of gender ideology in the school environment. The government finally decided to let her stay in her position after several letters of support in her favour, and also after she partially backtracked on her remarks by publicly stating that, as a historian, she should not have given her opinion on medical issues. Education Minister Przemysław Czarnek then said that he was also hostile to mandatory vaccination for teachers, but only because Poland is already short of teachers and cannot afford to see those who would resist vaccination leave.

Medical Council compared to a Council of Revolutionary Guards

In its 10 January “opinion”, the Prime Minister’s Medical Council stated that “the denial by persons in public office of the value of vaccination against Covid-19 is unacceptable and should result in the loss of their positions”. This earned it a barrage of criticism, including from the chairman of the Ordo Iuris Institute, an organisation of conservative lawyers, who tweeted: “I would like to give a reminder that freedom of expression is a democratic value as it allows us to challenge – or confirm – different theses in a free debate by confronting different arguments. The truth will be better defended this way than by censorship. The Medical Council is not a Council of Revolutionary Guards.”

The PM’s Medical Council had recommended compulsory vaccination for the health professions. That was back in July, and the government of Mateusz Morawiecki finally listened to it, with the obligation coming into force next March.

This delay in implementing their recommendations seems to have displeased the Council’s resigning members, and they were also unhappy about the lack of implementation of their recommendations for the introduction of a health pass and other measures restricting freedoms. According to Professor Simon, who is among the resigning members, “The recommendations were blocked by the ultra-conservative ‘United Right’ [the PiS-led coalition, ed.], that is, the backers of the prime minister and the health minister, resulting in a catastrophic 500 to 700 deaths per day.”

However, critics of Morawiecki’s Medical Council and of his government’s policies, both within PiS and in the ranks of the right-wing opposition group Konfederacja, an alliance of nationalists and libertarians, argue that it is those of the Council’s recommendations which have been followed – in particular, remote medicine and the cancellation of non-Covid medical visits and interventions, as well as the refusal to treat patients at home with anything other than paracetamol – that have accounted for the bulk of the deaths, both Covid-related and others, as the excess mortality observed in 2020 and 2021 far exceeded the deaths attributed to Covid-19 alone. The liberal and left-wing opposition, on the other hand, have sided with the Medical Council and criticised Morawiecki’s government for not following all of its recommendations for lockdowns, health passes and other restrictions.

On 17 January, Health Minister Adam Niedzielski announced that a new council would soon be formed that would also include representatives of non-medical professions, such as sociologists and economists, to take into account the various aspects of the fight against the pandemic. The minister reiterated, however, that the bill to allow employers to know the vaccination status of their employees remains in his view an essential tool in the fight against the pandemic, even though he still seems unable to explain how this could be useful – apart from making life harder for the unvaccinated – when it has been proven that the current vaccines against Covid do not stop the spread of the virus, and in particular the spread of the Omicron variant, as demonstrated by the record numbers of new cases in countries with high vaccination rates that have implemented some form of Covid pass for several months, such as France and Italy.

Leading the internal revolt against the health restrictions within PiS, MP Anna Siarkowska was received last week by the prime minister and by PiS leader Jarosław Kaczyński, which gave her the opportunity to present the arguments against the bill. She feels that she was listened to carefully, but does not believe that she has succeeded in changing their minds.

Siarkowska has been warning, however, of the political crisis that would result if such a law allowing a form of vaccine segregation were passed. According to an 18 January report by the radio station RMF FM, Health Minister Adam Niedzielski has put his resignation on the line if the bill, which has been discussed in Poland since last summer, is not passed quickly. The current bill had been approved by the Sejm’s Health Committee, but was then withdrawn from the agenda of the 13 January plenary session.

In the view of economist Sławomir Mentzen, one of the leaders of Konfederacja, if Niedzielski makes his future in government dependent on the passage of the law allowing employers to know the vaccination status of their employees, it is “the perfect opportunity to get rid of two misfortunes at once”.

Planned health segregation in the workplace

However, on 18 January the Polish government chose to reaffirm its support for the bill allowing employers to know their employees’ vaccination status, on the pretext that this would ensure safe working conditions in the face of the pandemic. If the bill is passed in its current state, an employer would also be able to require an employee who is not fully vaccinated to be tested regularly or to work remotely, and such an unvaccinated employee could also be assigned to other duties. In addition, according to the bill, a company that employs only vaccinated employees will not be subject to possible future restrictions.

While the Morawiecki government can count on the support of a large part of the liberal and left-wing opposition for such discrimination against non-vaccinated people, this is going to put further strain on its fragile parliamentary majority. 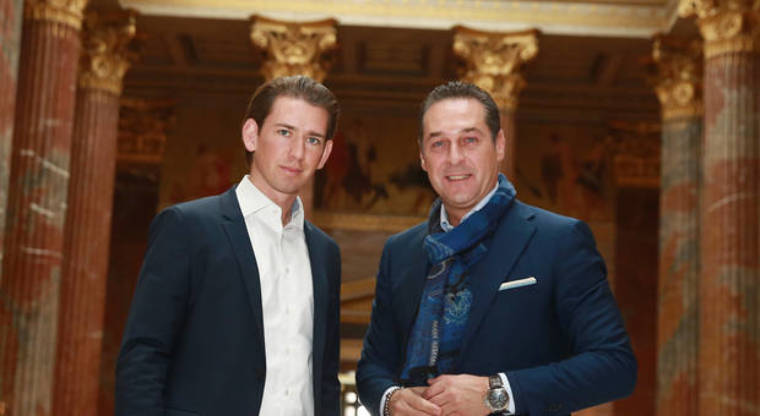