This article was published online by Corvinák on 24 January, 2022.

A bilateral meeting between Viktor Orban and Vladimir Putin is to take place this February. The agenda will be quite busy: from the extension of the Paks nuclear plant by Rosatom, the situation in Ukraine, production in Hungary of the Russian vaccines to space cooperation. This desire to build contrasts with the deleterious atmosphere of conflict that is increasingly polarizing Euro-Russian relations. This is an attempt at harmony, to Central Europe’s advantage. We’ll open our reflection with the Belarus case – in the blind spot for several weeks, it illustrates the complexity of any neighbourhood policy for Central Europe.

Relations between the EU and Belarus have seriously deteriorated since the 2020 presidential elections, and Belarus’ European neighbours (Poland and Lithuania in the lead) have played a leading role in this East-West conflict. Svetlana Tikhanovskaya, an opposition candidate, came second with 10.12% of the vote. The candidate took refuge in Vilnius in the wake of the vote on 9 August, 2020. She proclaimed herself the head of a transitional government; it was supported in its claims by the NATO countries. Our purpose is not to assess the electoral fraud or the legitimacy of the liberal opposition, but to reason according to the opposing forces: a Central Europe in an upward phase for the past fifteen years and a stabilised Belarus through 28 years with Aleksandr Lukashenko in charge.

From the ashes of the USSR

Let’s go back a few decades. The collapse of the Eastern Block led to the metamorphosis of the Soviet nomenklatura into a post-Soviet one: the same elite, passed from one ideology to another. The old-boys club mentality remains, but welded together by a tenfold rapacity upon dividing up the economy according to West-imported liberal principles. Under the USSR, the young Lukashenko was already exercising political activities as well as responsibilities in a sovkhose and then in an agricultural equipment factory. In the context of the implosion of the USSR he restrained himself from any political engagement; he returned to business in 1993 and presided over the anti-corruption committee in the Belarusian Parliament.

It is through the fight on corruption, mainly aimed at the nomenklatura, that Lukashenko strengthened his notoriety. In particular by overthrowing the parliament speaker, Stanislaw Chouchkievitch.

The initial rebuke for Lukashenko: Sovereignty

Lukashenko came to power in 1994 under the slogan “overcome the mafia”. On the one hand, it prolongs the Soviet era (through a rigid economy that was subservient to the state), but on the other, he destroys the nomenklatura. The significant change consists in the fact that he not so much applies an ideology as he remedies dysfunctions.

In 1995, both the World Bank and the IMF suspended the loans granted to Belarus. Then it was not a matter of democratical infringement, since Lukashenko was the outsider of the 1994 elections. Lukashenko’s economic policy consists in countering attempts at bringing in line the Belarusian economy with Western investments interests.

Throughout the 1990s, Foreign capitalist control is limited as opposed to what takes place in the rest of Central and Eastern Europe.

With hindsight the situation becomes even clearer: international pressure aimed at subjugating Belarus to foreign investment; Lukashenko’s policy aimed at defending the Belarusian national interest. Then, following a pendulum movement, the situation is reversed and Lukashenko’s personal power extends to all the levers of power. But this concentration of power is a very common political tradition in Eastern Europe. In the Belarusian domain, political rights were once the prerogative of the Polonised Lithuanian aristocracy, and the Belarusian majority has hardly been accustomed to having a voice in the matter. At least today it is represented by one of its own.

In terms of political culture, an important difference with Central Europe appears; we can deplore it. In the European political tradition, order does not mean coercion alone. The very stability of the political body implies a civic dynamism that strengthens and legitimises public power. Lukashenko cuts himself off from a perilous and versatile vitality.

And it has the luxury of doing so by benefiting from arrangements with Russia, which has the sufficient critical mass to form an autonomous world-class pole.

Should this difference in culture lead to an open, or even hidden, war between Western and Central Europe on the one hand and Eastern Europe on the other? We answer: no.

Lukashenko is a reed that bends but does not break

The call for an authentic change of regime in Belarus was a scathing affront to Aleksandr Lukashenko. No doubt he was also scared. On 23 September, 2020, the reappointed President was sworn in behind closed doors for his sixth term. Minsk is cashing in on Western animosity, in addition to the demonstrations in Belarus that it is relaying. But Western pressure is taking a more coercive form with new economic sanctions in 2021, adding to its previous salvos – in 2011 in particular.

Lukashenko then decides to strike back. This is the reason for the organised migration crisis on the western border of Belarus. Over the summer of 2021, migratory networks were structured between Iraq and Minsk like an actual airlift. Then buses sent the migrants to the Polish, Lithuanian and Latvian borders.

In the autumn, around 4,000 migrants each month came up against the border of the Schengen area where member states urgently organised effective protection. General Winter imposes a truce in this conflict, where Iraqis no more than Napoleon’s Grande Armée have a chance of survival.

A losing game for small powers

The time to take stock has come. By cynically organizing a migratory wave, the Belarusian president sent a clear message to neighbours who are eager to see him disappear: “We too have a power of nuisance”. Indeed, far from being clearly supported by Brussels, the border countries under pressure receive injunctions to either welcome migrants or moderate their action. At the height of migration pressure, Chancellor Angela Merkel dealt directly with Lukashenko, thus bypassing Poland.

These barriers between Slavic or Baltic countries erected -at the geographical heart of Europe- to contain an influx of Middle Eastern migrants, reveal the absurdity of the situation. Poland derives no advantage from this nor does it gain one against Moscow; Belarus gets no return to favour in the eyes of the West: small neighbours harming each other for the benefit of big powers.

Belarus, an independence to lean on

Belarus, as an independent country, was born of the collapse of the USSR. What the disappearance of a block allowed, its reformation can cancel. A possible future would be the more or less complete reintegration of Belarus into the Russian Federation. Going against the grain of such a scenario is precisely the stature of Aleksandr Lukashenko who has affirmed a national political will in Belarus for almost thirty years. Central Europe would benefit from associating itself with this independence, from guaranteeing it through win-win partnerships, even if the model of power originates from a different political tradition. Even if Brussels and Washington plead for discord. European harmony can only be through a shared will. Not the effect of inertia and good feelings. No doubt this cordial option is not perfect, but by taking the opposite path, Europe is forcing Lukashenko into seeking an alternative for the future at the cost of closer dependence on Russia.

If change should come to Belarus, it is best that it comes to a country where Poland, Lithuania and other countries in the region established building foundations through peace rather than subversion.

The path of regional cooperation has a precedent in another of the EU’s Slavic and Orthodox neighbours: Serbia. The partnerships forged between Budapest and Belgrade testify to the success of good neighbourly efforts: it is about building ties for the benefit of two neighbours united by geography. The definition of a coherent will for Central Europe will be dealt with in the second part of this essay. 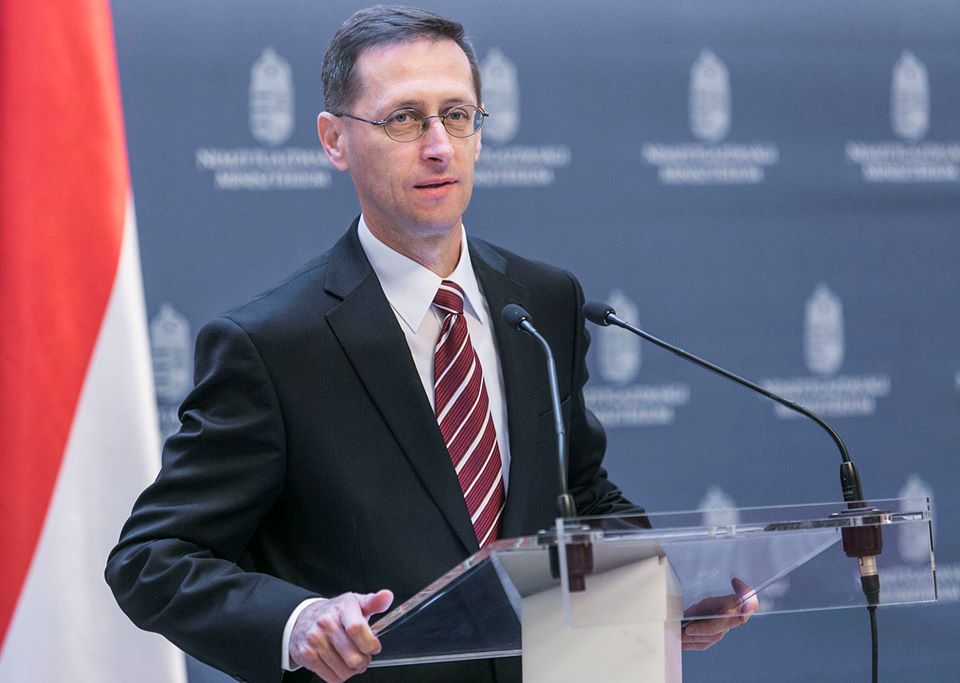 Hungary repaid its debt to the European Commission 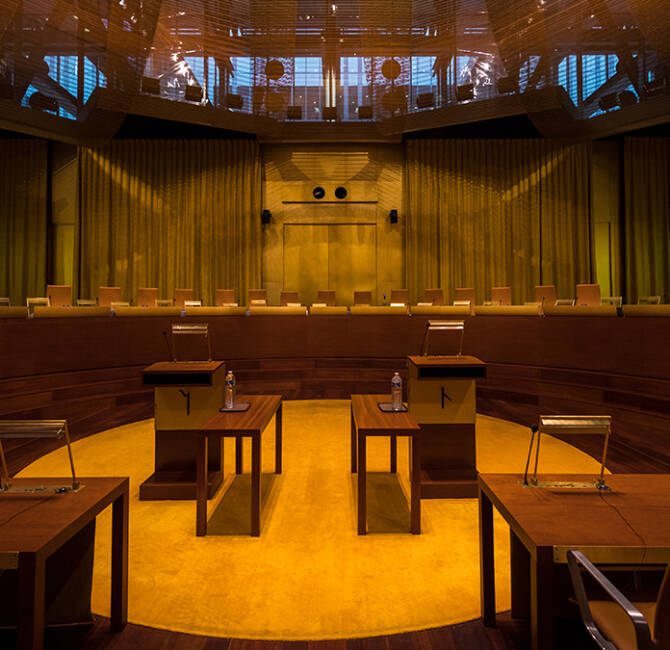