This article was published online by the Magyar Nemzet on 10 February 2022.

“Expectations for impartiality have been entirely lost in the Brussels decision-making processes – especially in the European Parliament, but the European Commission as well,” said Balázs Hidvéghi in his interview with Magyar Nemzet. He drew attention to the double standard held against Hungary and Poland. According to the Fidesz Member of the European Parliament, the fact that Hungary and Poland are constantly a topic of debate in the EU and are being threatened with budget withdrawals, serves to stir up and influence international controversy. Balázs Hidvéghi said in relation to the approaching elections: it is in Brussels’ interest for Hungary to have a weak, influenceable government that meets their expectations.

“Based on the leaked discussions, it is clear that expectations for impartiality and objectivity have been entirely lost in the Brussels decision-making processes – especially in the European Parliament, but the European Commission as well. Hungary and Poland are facing predetermined opinions, preconceptions, and politically motivated attacks. There is a clear tendency of Christian-democratic, patriotic governments being the target of attacks,” said Balázs Hidvéghi in response to the Magyar Nemzet series of articles on Soros-

NGO leaders and journalists revealing insider efforts to manipulate public opinion against Hungary and Poland as well as the conscious double standard applied by Brussels institutions to conservative governments. “It’s enough to remember Matteo Salvini’s term as Minister of the Interior: when he took a strong stance against migration, an attack campaign was immediately launched against him – he was even dragged to court. Aggressive ideological attacks always target right-wing governments,” described the politician. He also added,

“This kind of ideological pressuring obviously creates tensions among Member States. And if there are tensions and doubts between Member States, then long-term European cooperation is jeopardized.”

The Fidesz MEP also highlighted an important lesson from the leaked conversations: if a new right-wing government comes to power, it would run into the same lot of troubles with Brussels and EU institutions and the closely-connected NGOs.

NGOs a constant topic in the EP

We also asked the MEP whether one of the consequences of these closely-connected NGOs is the legislation drafted by the LIBE Committee this past week proposing the inviolability of NGOs in the European Commission’s rule of law reports. “This threat has already been partially realized unfortunately, as this is common practice in Brussels. For example, the LIBE Committee repeatedly cites allegedly-independent NGOs which are in reality, extremely politically motivated. These organizations are now far too involved in decision-making processes in Brussels. Many EP and Commission reports and documents refer at length to NGOs – and these have become significant documents today.

In other words, the Soros-network works extremely efficiently from their perspective as they are able to manipulate important EU documents. Meanwhile, it has become natural that when confronted about this, they play the victim.

“Yet, as I said before, these are by no means independent or civil organizations. These organizations are some of the strongest political activists.”

“We must continue the political fight in every debate”

Asked whether the nearing Hungarian elections make the clear, ongoing manipulation in domestic politics even more aggressive, Balázs Hidvéghi said: “They are way beyond the era of trying to keep Hungarian election manipulation a secret. It is in Brussels’ interest for Hungary to have a weak, influenceable government that meets their expectations.

“It is clear – as the left’s prime ministerial candidate said himself – that a new government would be a major win for Brussels. These words do not require any further explanation.”

According to the MEP, the fact that Hungary and Poland are constantly a topic of debate in the EU and are being threatened with budget withdrawals, serves to stir up and influence international controversy.

The question arises: what can be done to prevent attempts at interference and manipulation? “We must continue the political fight in every debate and reject any false claims. We do not fear the resistance nor greater numbers that we face in the European Parliament. We take advantage of every forum, every opportunity to stand up for Hungary and our national interests. Elections will be held on April 3. The choices here are very clear. We have been representing Hungarian interests for many years with an emphasis on allowing citizens to have a say. Contrary to the domestic left, Brussels’ approval by any and all means is not our priority. In all situations it is our goal to get the best possible result for the Hungarian people” said Balázs Hidvéghi. 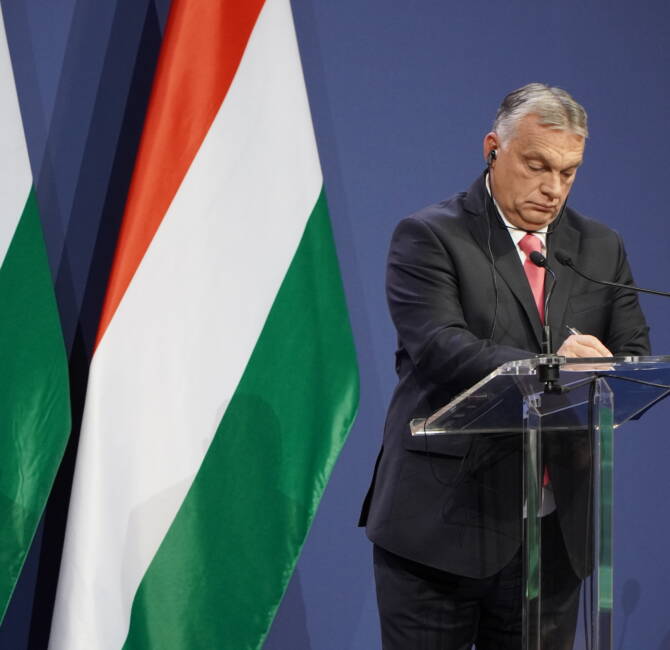