Poland – The surge in energy prices began before the war in Ukraine, and this cannot be stressed enough. A little over a year ago, in early December 2021, Polish Prime Minister Mateusz Morawiecki justified the “anti-inflation shield” implemented by his government by stating that inflation “has many causes, and its sources are mainly abroad”. These causes, according to Morawiecki, were the gas blackmail already applied by Russia (Gazprom had sharply reduced its deliveries through the Yamal pipeline at a time when Europe was short of gas), the European Union’s climate policy, and Covid-19, or more precisely, the lockdown policies that had broken the supply chains for raw materials and also for fuels, with refineries being closed in Europe and North America in the face of declining consumption and then being slow to start up again.

This anti-inflation shield, which was put in place when Poland was already experiencing a surge in inflation in the autumn of 2021 (inflation had reached 7 per cent year-on-year by November last year), specifically addressed energy prices, both to provide relief to individuals and businesses and to reduce future inflation. For fuels, the VAT rate was reduced from 23% to 8% and the excise tax was also reduced to the minimum allowed by the EU. VAT was also reduced to 0% on natural gas and food products as well as fertilisers, and it was reduced from 23% to 5% on electricity, which is also no longer subject to excise tax when sold to individuals.

Initially scheduled to last until July 2022, the anti-inflation shield was extended to the end of October and then to the end of December 2022 due to the worsening of the situation following Russia’s invasion of Ukraine. On 1 January, however, VAT on fuel at the pump is due to return to 23%. Petrol stations are already anticipating this increase: prices at the pump have not fallen for several weeks in Poland despite oil prices returning to their pre-Russian war levels and the dollar exchange rate being back at more reasonable levels after its peak of more than 5 zlotys per dollar in September (compared to around 4 zlotys per dollar at the beginning of the year). In the first half of December, the dollar was hovering around 4.45 zlotys. Diesel, like heating oil, remains at very high prices due to the lack of diesel production capacity in European refineries in the face of increased demand for electricity generation this autumn.

A litre of petrol at the pump cost an average of €1.39 in Poland in early December, compared with €1.70 in France and €1.74 in Germany (source: GlobalPetroPrices.com, data for 5 December). For diesel, the average price per litre was €1.65 in Poland, compared with €1.82 in France and €1.84 in Germany. Polish prices could therefore move close to French and German prices with the reinstatement of the 23% basic Polish VAT rate on 1 January, in a move imposed by the European Commission, which threatened Poland with infringement proceedings under EU law. The same applies to natural gas, where a return to the 23% VAT rate is also planned from 1 January as a result of pressure from the European Commission.

Subsidies for the purchase of heating fuel this winter

After the intervention on fuel and gas prices, the Morawiecki government had to react to the surge in coal prices following the embargo on Russian coal introduced by Poland in April 2022, in order not to finance the Russian offensive in Ukraine by buying this raw material. Discussions within the government majority and with the opposition in parliamentary debates finally led to a law in early August 2022 that introduced a subsidy of 3,000 zlotys (about 640 euros, payable as a fixed lump sum) available on application to every household that uses coal.

This subsidy was rather well received, but immediately gave rise to accusations, including by the country’s Ombudsman, of discrimination against households using other energy sources for heating, whose prices have also risen significantly. The Morawiecki government then undertook to pass a law to grant similar subsidies depending on the type of heating, and so Poles were able to apply for a subsidy of 3,000 zlotys for wood and wood pellets or other types of biomass, 2,000 zlotys (about 425 euros) if they heat their house with oil, and 500 zlotys (about 106 euros) for LPG heating.

Unlike in France, for example, these subsidies, like the cap on natural gas prices, apply to all households, whether they are single-family homes, condominiums or residential cooperatives such as exist in Poland. In this way, Poland has avoided a phenomenon observed in France and the United Kingdom, where there has been a rush on electric radiators, while the capacity of power plants may not be sufficient to meet demand during peak periods this winter. Although residential cooperatives were initially overlooked by the Polish government, especially when it came to the subsidy for coal heating, it responded positively to the criticism it received on that issue from the public and the opposition benches.

To address the distribution and speculation problems associated with this year’s difficulties, the Polish government also introduced a programme in the autumn to distribute subsidised coal to municipalities for resale to individuals at a maximum price of 2,000 zlotys per ton. This programme will remain in place until 31 January to allow the more than 4 million Polish households still heating with coal to get through the winter.

Natural gas prices have remained subsidised through regulated prices. On 1 December, the Polish Sejm passed – with 424 votes in favour and 16 abstentions – a government bill meant to keep the price of gas at a maximum of 200.17 zlotys/MWh (just under €43) for end customers next year. The gas transportation tariffs that add to this price have also been frozen. The bill is now in the Senate.

The cap will apply to private individuals and “sensitive” users (schools, hospitals, social care homes, NGOs, churches, …), and will not protect industry. For households, a VAT refund on heating gas is also possible, but subject to a means test. The law provides for up to 28 billion zlotys (almost 6 billion euros) in compensation from the government to the gas companies that will be forced to continue selling their gas below the purchase price, while in 2022 the freeze on gas prices for individuals will have cost some 10 billion zlotys (about 2.134 billion euros).

Electricity prices that would triple for consumers under market conditions

As for electricity, whose prices were expected to explode due to the tripling of coal prices in the spring and speculation on the European market for CO2 emission allowances (over 70% of Poland’s electricity comes from coal-fired power plants), in order to support households while promoting energy savings it was decided that prices would be frozen next year at their 2022 level, but only up to an annual electricity consumption of 2000 kWh per household (or 2600 kWh for large families or families with a disabled person and 3000 kWh for farming families), and that consumption above this limit would be subject to prices capped at a higher level. For solar panel owners, it is their net power consumption from the grid that will be taken into account to determine the amount of power charged at the 2022 tariff.

As part of this policy, which is labelled a “solidarity shield”, the electricity tariff for public interest organisations or other “sensitive” entities, as well as SMEs and local authorities, is capped at 785 zlotys/MWh (approximately €167) for power used from 1 December 2022 to 31 December 2023. For individuals, the price of electricity will be capped at 693 zlotys/MWh (about €148) beyond the quantity that is subject to the price freeze at the 2022 level.

Regulated electricity tariffs increased by almost a quarter in January 2022 compared to 2021 after already substantial increases in the previous two years, and power companies have requested increases of 180% to 200% (!) in tariffs for 2023 from the electricity market regulatory authority (URE). The tariffs approved by the URE will determine the compensation paid by the government to keep the prices paid by end users down.

In November 2021, before the invasion of Ukraine, the Polish Electricity Association (PKEE), which represents Poland’s main electricity companies, warned of the risks associated with the EU climate policy in terms of costs for users and the negative impact it could have on the energy transformation. In particular, the PKEE warned against the effect of the volatility of the price of CO2 emission allowances under the EU Emissions Trading Scheme, and also against the EU’s plans to increase taxation on energy. Rather than being a trigger for the energy crisis, Russia’s invasion of Ukraine has been a revealing and aggravating factor, and without a policy of lowering production costs, the member states’ budgets will certainly not be able to continue subsidising energy indefinitely to get people through the winter. 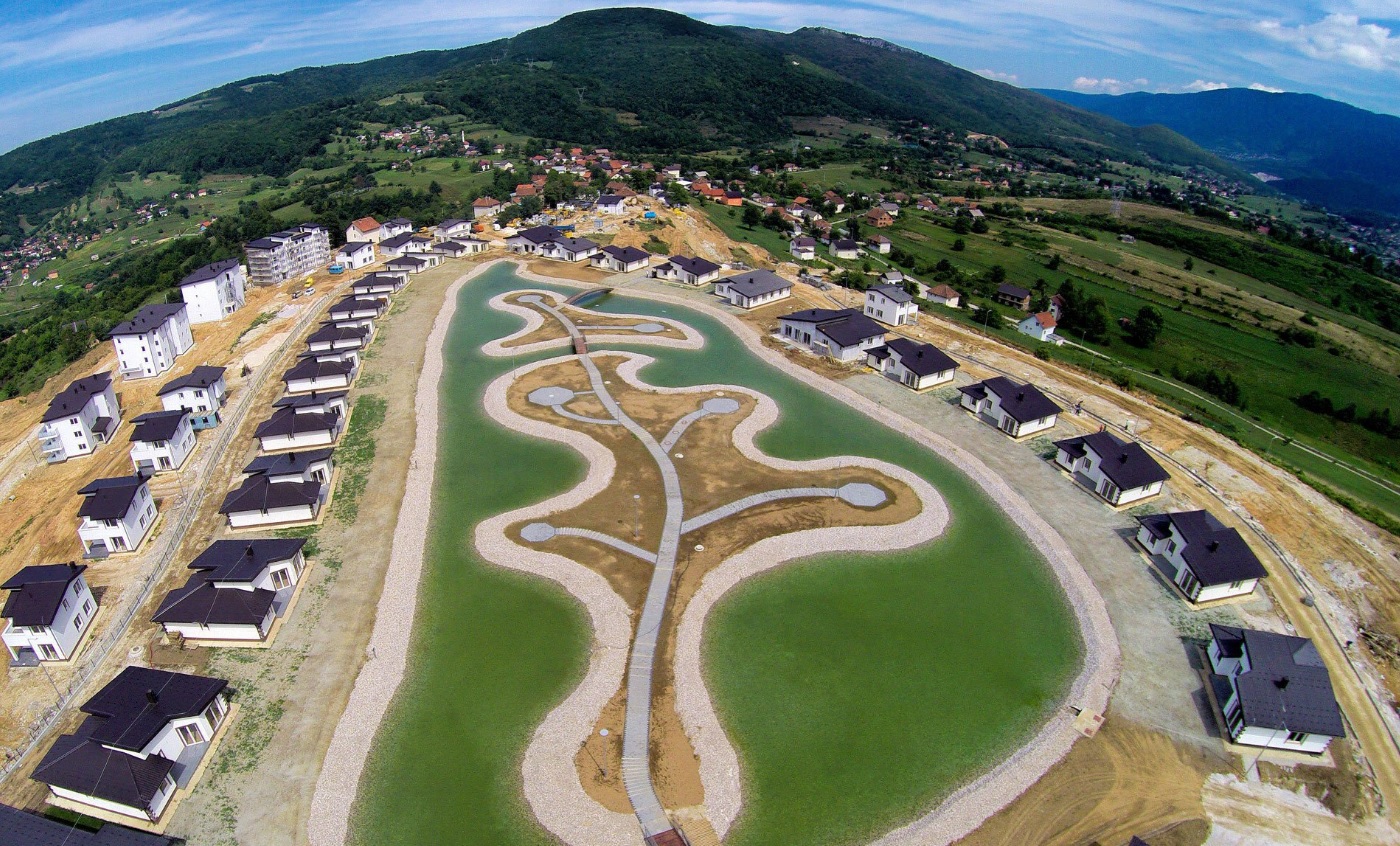 A village near Sarajevo is now reserved to Arabs 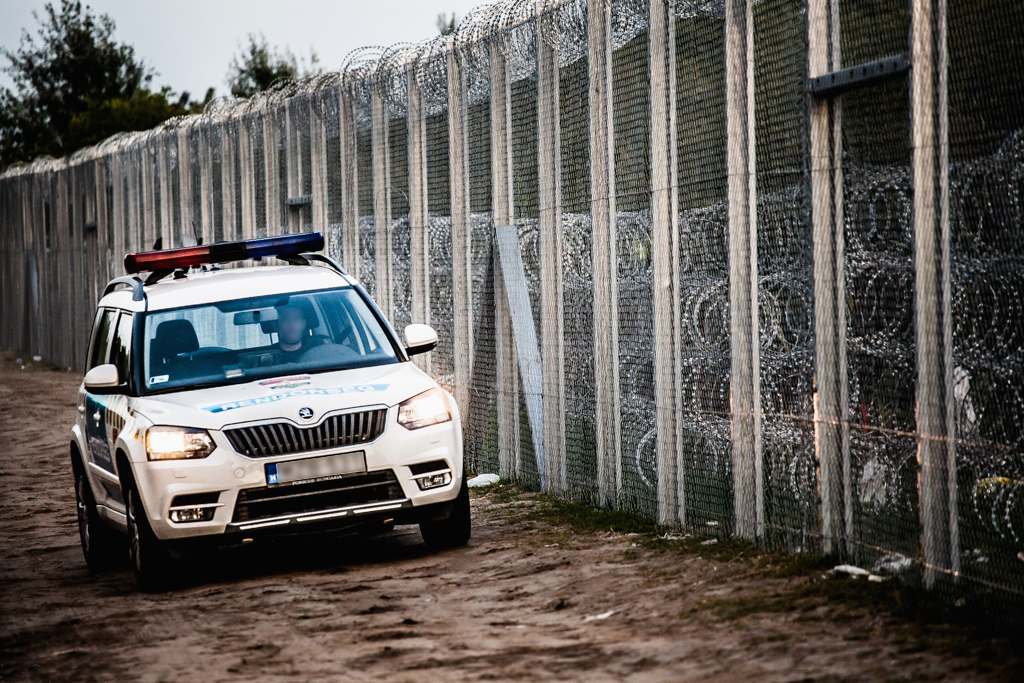