George Soros, a criticized man with a great influence

The posting online of the “Soros leaks” allows us to see more clearly the influential strategy led by George Soros, the billionaire financier of Hungarian origin who uses his fortune to lead a huge influence strategy worldwide.

Over the decades, Soros has developed and supported a network of activists who promote everywhere the concepts of open, transparent and tolerant society, and also the human rights and societal reform (pro-LGBT, etc.).

Critics of George Soros instead see him as a dangerous destabilizing man, being at the origin or having contributed to most revolutions and coups through the world in the last 25 years. Among the most recent, the events in Ukraine in 2013, or the anti-government protests in Poland in 2015.

What MEPs “allies” in Central Europe?

Among the myriad of available documents, a particularly interesting document, Reliable allies in the European Parliament (2014-2019), listing 226 MEPs (out of 751) which could be reliable allies of the Open Society. In their individual record, one might find specific elements. For example, the Polish MEP Agnieszka Kozlowska-Rajewicz is indicated as being more progressive than her other Polish colleagues of the EPP Group (Christian Democrat Group).

Deputies are sorted by country, but also by committee and foreign delegation to better target the “allies” of the Open Society in each committee.

Here are 13 MEPs identified as proven or probable allies by the Open Society services after the European elections of 2014:

The case of the Slovak deputies

Note that members of the Slovak SMER, the party of Prime Minister Robert Fico, are on this list. But Robert Fico is part of European leaders who have most severely condemned the migration policy of the European Union, calling it a “ritual suicide“.

Are his MEPs still considered as allies by the Open Society? Their votes in the European Parliament make us think so, as shown by their votes on the integration of migrants into the labor market, with three votes in favor and one abstention. 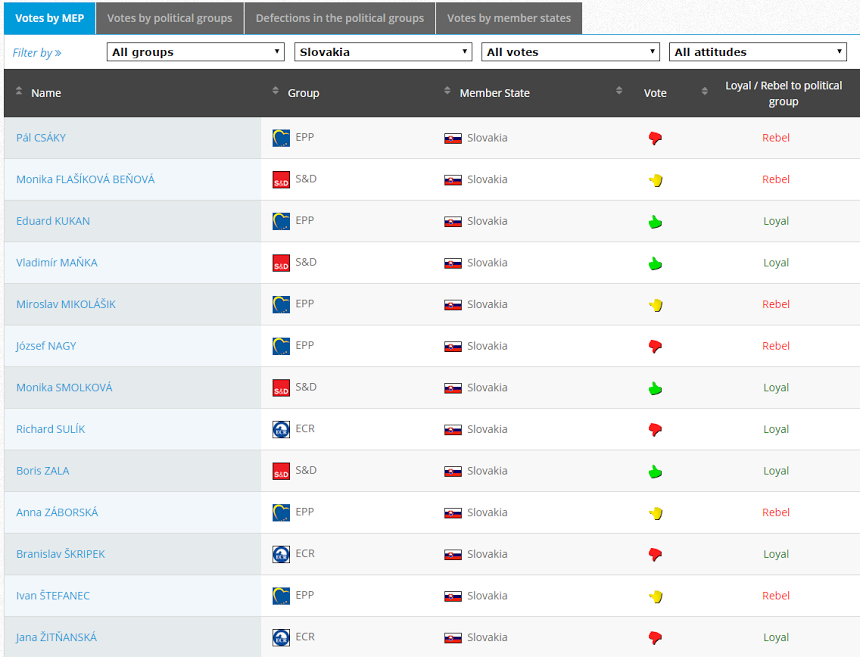 The Open Society Foundations is particularly active in Hungary against the government of Viktor Orbán. The disclosed records show that many Hungarian news sites have received financial support from the Open Society including 444.hu blog, which received the tidy sum of US $ 49,500.

A video clip explains how the Open Society uses drones to give more impact to the mobilizations against the policies of Viktor Orbán.

George Soros’ activists, regrettably, have not been so active in October 2006, when the Hungarian Socialist government of the time had very violently repressed anti-government protests.

A common practice in the EU institutions

At all events, the practice of “filing” lobbyists who try to influence the votes of MEPs is not new. It was especially caused a stir when it was revealed that tobacco lobbies really care about identifying MEPs who were likely to be favorable to their arguments.

Will the same echo be given to the revelation documents on foundation activities of George Soros?

The Visegrád Post, which is not funded by Mr. Soros, will strive to contribute to inform you about Open Society’s activities in Central Europe. You can support us with a donation to help us in our independent work!

Poland stands firm against groups of “migrants” brought in from Belarus