István Lovas: Your book, Europe: The Shattering of Illusions, originally released in 2011 and still in the same year it was published in English [its English release happened just in 2012. – translator’s notice] you cite Chesterton, the great English writer, who said that condemning patriotism because people are at war by patriotic reasons, it is like condemning love because some loves are ending with murder. But let me be the devil’s advocate, the liberal’s advocate for a while: Don’t you think that the Brexit could increase the danger of a war in Europe?

Václav Klaus: Nope! I am convinced that the result of the referendum is the victory of all free thinkers of Europe. And for me, this is the opening of a new era. Because the tension has only grown between the ruling elite and the people either in Britain or elsewhere in Europe. And the importance of Brexit lies exactly here, in the reduction of these tensions.

IL: When you introduced one of your books in 11th of June 2012, in Los Angeles, you said that the democratic processes are continually undermined in Europe, as the EU is transforming very rapidly into a super state, where the people of member states are misinformed, so they could believe that they are marching back towards the democratic nation states. Don’t you think today, four years later, that the majority of the people of these countries had opened their eyes, and this is why they choose politicians and parties – called populists by those who are in dread of them – who are against these processes, but in the same time, and this was also told by you, are against a global governance?

Václav Klaus: I would say, on the one hand, that the results of recent elections and referenda show that people already opened their eyes at some parts of Europe. This was the case during the recently held Austrian presidential election. Or previously, during the Upper Austrian state elections. Or in the case of Dutch referendum about the Ukraine–European Union Association Agreement, or the success of Alternative for Germany (AfD) on several recent German state elections. These are the results of the same phenomena as of the Brexit. That is the same logic, the same phenomenon. In other words, the start of an uprising. Three days ago, I spoke at a conference in Athens, where I quoted from the classic work of Ortega y Gasset, The revolt of the Masses, which was written almost a hundred years ago. This is what happens now in Europe. I’m not naively optimistic to state that the eyes of the greater part of the people had already been opened, but the process is inevitably and tangibly started. For me, the Brexi was not some isolated event, but a part of a greater something. And I provoked my audience in Athens, that I told them, that in my opinion Brexit is the most unique event in Europe since the fall of communism.

IL: I’m sorry for such a roughly simplified question: Is incompatible with democracy that global governance you also mentioned?

Václav Klaus: Yes. But instead of global issues let’s talk about Europe. So now, my enemy is a European governance.

IL: You also suggest towards the end of your book on migration, mentioned above, that let’s don’t allow to become the property of Mrs. Merkel and the administration in Brussels, and let’s reject all the ideas, that the disagreement with their politics means the rejection of the “European values”, the expression of sympathy with the right-wing forces, ingratitude, lack of solidarity, but a matter of the survival of the nation states. Why is it possible, that the liberals, from Verhofstad till the mainstream journalists, seemingly enjoy, that they are the servants of such a German-led quasi totalitarian EU?

Václav Klaus: You are like not just asking, but also a bit answering the question. I would add one thing. Regarding of “European values”. I had a meeting two weeks ago in southern France, with the attendance of leading French politicians, I was speaking there. When Madame Guigou, who you know for sure, (Elisabeth Guigou, former Socialist MEP, the Minister of Health of Jospin government – Ed.) [Instead: Minister of Justice (1997–2000) and Minister of Social Affairs (2000–2002) – translator’s notice] started arguing with me, that we, while entering the European Union, clearly adopted the “European values”, I started to – how to say – talk up. I told her, that we accepted the European values already during the past centuries and decades, not when we entered the Union. And we were accepted them in the darkest era of communism. Then I said that Mr. Juncker, Mr. Schulz and Mr. Tusk are not the guardians of the European values.

IL: At the end of your same book you write, that the nations of Europe will stop the waves of migrants. Do you think it for sure?

Václav Klaus: Did you noticed how the Turks curbed the influx of migrants into the European Union after Mrs. Merkel reached an agreement with them? If belonging data don’t cheat, then this year the number of migrants who were arriving from Africa and the Middle East to Italy is fourteen times greater, than the migrants streaming from Turkey to Greece. In other words, Turkey has successfully stopped or sturdily limited the mass migration into the European Union. Which shows that indeed, it is technically possible too, the prevention of migrational inflow. If the will is presented. The Turkish authorities have decided that they have the will to do so. While the European politicians have proven that they don’t have it. I don’t think that Mrs. Merkel changed her mind during the past few days, since the massacre in Nice, the coup in Turkey or the train attack in Würzburg. I couldn’t say that her mind can be changed by any facts or events. I heard her talk recently, after a long time. I was shocked, how she was talking without any emotion, how unconcernedly she did it. How much didn’t caught me her speech. Maybe if I was watching daily German TV, it wouldn’t be so shocked.

IL: If Austria, Ireland, Switzerland, Sweden or Finland can protect itself without being a NATO member, why the Czech Republic or Hungary remain a member of this alliance, since there is no other reason to maintain it after the collapse of Soviet Regime than to forge and produce enemies? Today Russia, previously Iran…

Václav Klaus: We should distinguish two processes from each other. One thing is the affiliation into an entity such as the NATO or the EU. The second thing is the decision to leave such an entity. These are two separate processes. The NATO affiliation, either of Hungary or of the Czech Republic, was regarded as the final proof of the end of the communism. People, in both countries, considered the NATO membership as something positive. But step out: well, this means a completely different kind of changes.

IL: Mr. President, if you are walking, for example, on the streets of a city in a Latin American country, and you get acquainted with someone who asks, where you are from, then how you reply? You say that “I am a European” or “I am Czech”?

Václav Klaus: Good question! It depends, where I am asked. If this happens in the Bolivian mountains or in the Amazonian rain-forests, I might say: “You know, I came from a continent of which you probably heard the name, Europe.” But there is an example which I often recall. It happened still in the 1990s, in the United States. And as far as you know the people there, they are “innocents” in the discipline of geography. I attended a conference in the federal state of Colorado, where I went skiing in the morning. I’ve got a young instructor who showed me which way to go. He asked me where I am from. I remember, I just looked at him and I said – for the first time in my life – that “I’m from Europe.” But I don’t feel myself a “European” truly. “European” – it is rather a geographical definition. I think most of us is proud to be Hungarian, Czech, Italian, Greek or anything. But not of being “European”.

IL: Three members of V4 countries has a similar view in regard of relations with Russia. As it was proposed not so long time ago by Frank-Walter Steinmeier, the Federal Foreign Minister of Germany, for the displeasure of his prioress, to cease from the end of NATO this hysterical shouting and sabre-rattling against Russia. Do you think that Warsaw can be convinced on this?

Václav Klaus: I am a friend of Poland. But I do not think they can be convinced. I have to accept that Poland has a different history than the Czech Republic or Hungary. You experienced 1956. We 1968. But we were never occupied by Russian soldiers during our history. In despite that I think that the Polish people are dramatically overstating in relation with Russia today, I see them.

IL: Regarding of this disagreement, do you think that the influence of the Visegrád Group could increase in the future?

Václav Klaus: I would like so. But I got the feeling that this sudden amicability between the Visegrad countries will be short-term only. I think that this unity, this agreement will be lost. I consider the Czech Republic as the weakest link for the future’s cooperation. I think that the Hungarian, Polish and Slovak politicians rather prefer to maintain this cooperation.

IL: The known Hegelian, Marxist philosopher, Slovenian Slavoj Žižek, gave an interview to Radio Free Europe / Radio Liberty during last days, in which he said that democratic capitalism is in crisis …

Václav Klaus: You know, what surprises me, it is that this radio still exists. And it still wants to be the part of the public debates. I don’t know who’s behind it?

IL: There is no doubt, that RFE / Radio Liberty is still loved so much by people of kind of Soros, and by the American neo-conservatives. But this radio, surviving its own time, is not ran in my garden, but in Prague.

Václav Klaus: If it would be depended on me, and not on my predecessor, it was even not started. This is an American radio station, which has nothing to do with how we look at the world.

IL: Mr. President, thank you so much for the interview. And I want to say that if my newspaper had a prize which would be awarded after the brave words and deeds of politicians, I would give it to you.

Václav Klaus: It’s too bad, that you can not pass it over. 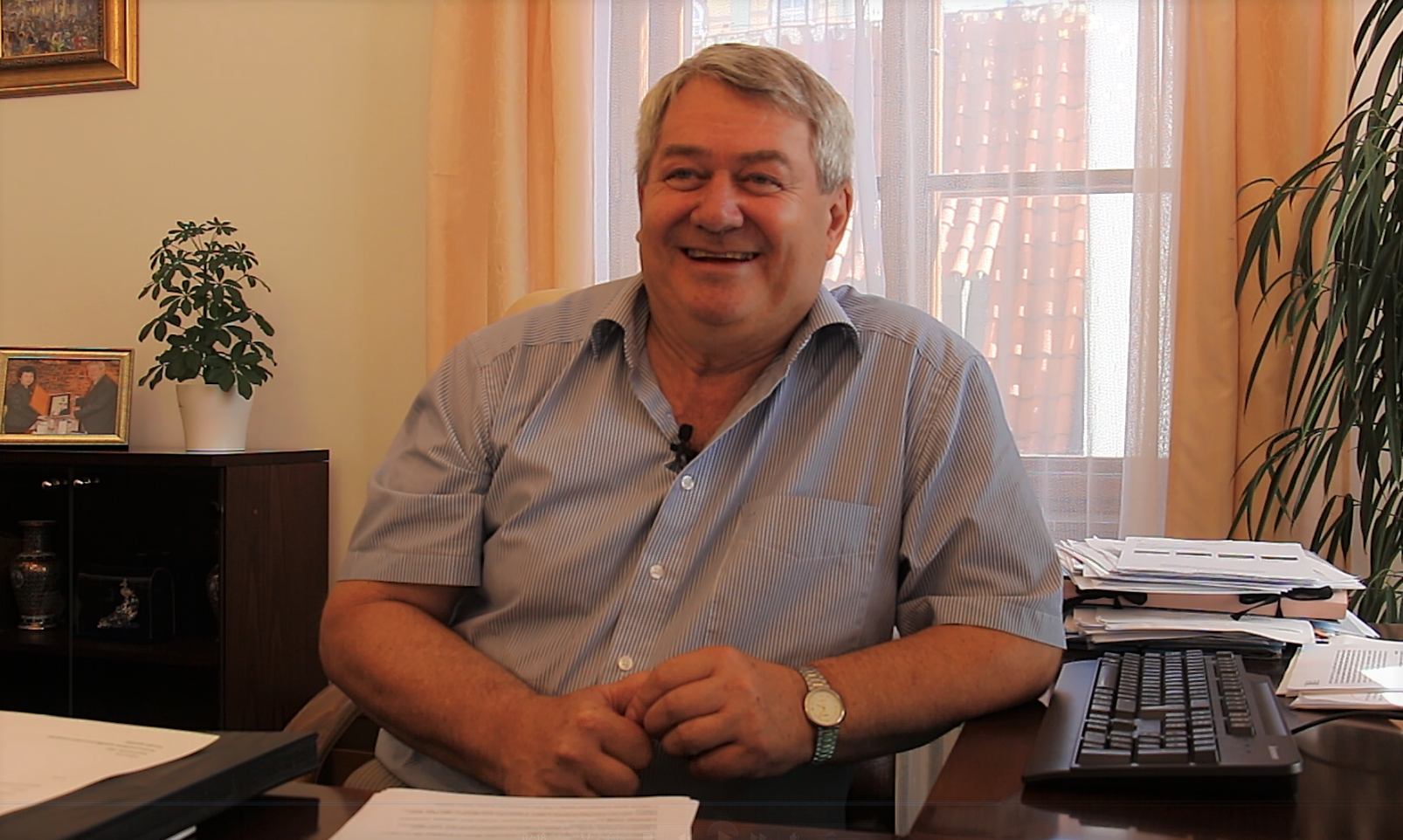 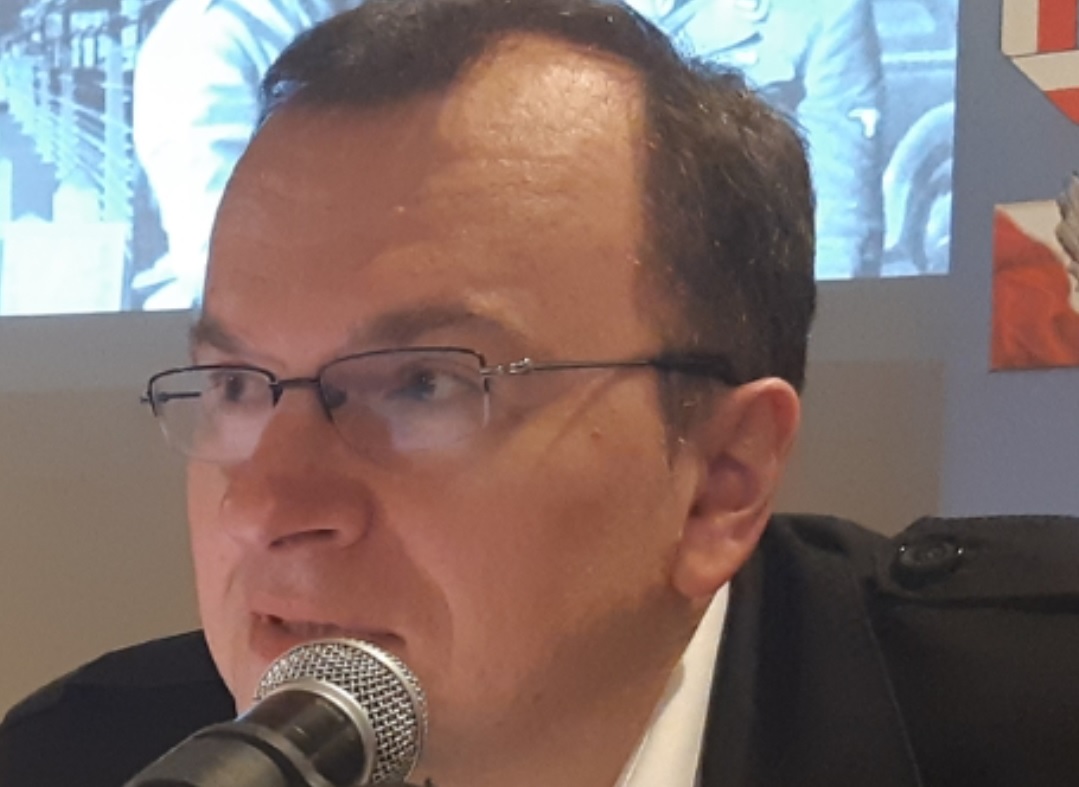