Poland – Norwegian mother Silje Garmo and her two-year-old daughter Eira, who fled from their country’s social services (Barnevernet), have won the right to asylum in Poland. Specifically, the Minister of Foreign Affairs has approved her request for asylum, so that the granting of asylum is now a mere formality. Mrs Garmo was told of the decision on December 12 by Ordo Iuris, a pro-family and pro-life Polish lawyers’ organization, which has assisted and represented her throughout the asylum procedure.

That is great news. I had been following the case of this Norwegian mother of two, who has already had her elder daughter taken away by the infamous Barnevernet. I met her a year ago, in the house where she has been living near Warsaw since her escape from Norway with baby Eira in May 2017. On that occasion I interviewed her for the Polish weekly Do Rzeczy. For more details on this story, see the article “When a Norwegian woman asks for Asylum in Poland“ published by the Visegrád Post in May 2018.

Despite a positive opinion from the Polish Office for Foreigners, which confirmed that the fundamental rights of this mother and her daughter were under threat in Norway, the Minister for Foreign Affairs Jacek Czaputowicz refused them asylum in July 2018. The Ordo Iuris lawyers’ organization, which has been assisting this mother from the beginning (and has been giving assistance to Polish families in Norway for years), appealed the decision and pledged to take the case to the administrative courts if needed. However, on December 12 they announced that the ministry had responded favourably to their appeal: Poland now recognizes that Silje Garmo incurs the risk of having her daughter taken away by the Norwegian social services without good reason, and she will therefore be granted asylum.

This is the first time since World War II that Norwegian citizens have been granted asylum in another European country.

The fact that Norway was convicted last September by the European Court of Human Rights in a case involving Barnevernet probably contributed to the reversal of the Polish government’s decision. It is also likely that the media coverage of this case in Poland, and the support provided to Silje Garmo and her daughter by several members of parliament from Law and Justice (PiS) as well as in nationalist and Christian circles, have exerted pressure on the governing party. This was indeed a political decision.

And all the more so since we can now expect new requests for asylum in Poland from Norwegian families fleeing the social services of a country which is becoming more and more totalitarian. Another asylum application is already being reviewed by the Polish authorities, and other Norwegian families, though not requesting asylum, have sought shelter in Poland. This does not mean that the situation is perfect in the homeland of John Paul II. There too, families sometimes suffer abuse from the social services and some courts. The legal framework and general practice are nevertheless much more respectful of families’ rights and of the right to one’s private life. I called Silje last December to congratulate her as soon as I learnt of her asylum decision. She had just been informed by her lawyer from Ordo Iuris and was still a little shocked, but also very happy at last to have the assurance that the Norwegian authorities could not seek their extradition so as to remove her daughter Eira from her custody. She was also full of hope that she will one day be reunited with her other daughter, Frøya.

These families who come to seek shelter in Poland show just how much the European Commission and the European Parliament, who are so vocal about democracy and the rule of law in Eastern Europe, are both hypocritical and disconnected from reality. Indeed, three decades after the countries of Eastern Europe overthrew the communist version of socialist totalitarianism, fundamental freedoms are in reality much better respected there than in today’s Western Europe. We are thus witnessing the realization in Poland of Prime Minister Viktor Orbán’s prophecy of a few years ago, when he promised that his country, Hungary, would not close its doors to the real refugees who would soon begin to arrive from Western Europe. 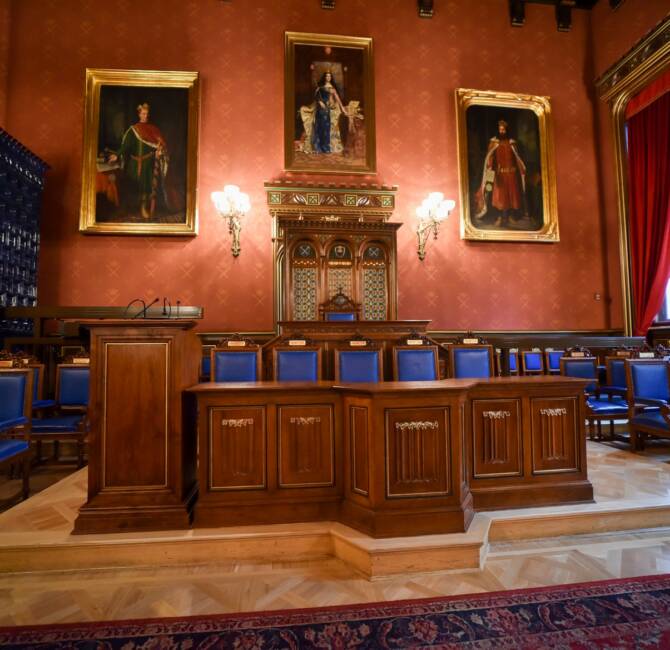 Poland – Draft law to protect freedom of expression of academics