Poland/Ukraine – On January 1st, 2019, several thousands of Ukrainians marched in the streets of Kiev, Lviv and Khmelnytskyï (Western Ukraine) to celebrate the 110th anniversary of the birth of Stepan Bandera. These past years, there were plenty of similar processions in Ukraine, in particular in the Western part. Thousands of young Ukrainians take part in this nationalists marches, where they wave flags picturing Stepan Bandera and Roman Shukhevych. Even though they contributed to the creation of an independent Ukraine, the two men have been guilty of many war crimes within their collaboration with Nazi Germany during the Second World War. Nowadays Bandera and Shukhevych remain controversial historical figures. For some they are national heroes and for others they are criminals.

A territory coveted by its powerful neighbours

In a matter of surface area, Ukraine is the third biggest country in Europe (behind Russia and France). The name “Ukraine” (in Ukrainian: Україна [ukrɑˈjinɑ]) was used for the first time in reference to the territory of Kiev’s Rus’ in the XIIth century. During all its history this huge territory was targeted by many invasions and was included to some European powers.

During the XVIIth century almost the entire territory of nowadays Ukraine was under the control of the Kingdom of Poland-Lithuania. Later during the XVIIIth and XIXth centuries, the Austro-Hungarian (at the West) and Russian (in the Center and at the Est) empires shared this Eastern Europe area. After the First World War, Poland reappeared on European maps and took most of the Western parts while USSR took the rest of the territory under its control.

The Soviet context and the “Holodomor”

Ukraine suffered tremendously of soviet occupation. The most obvious example of this difficult time is certainly the Soviet hunger of 1932-1933. The Ukrainian hunger named “Holodomor” (in Ukrainian: голодомо́р, extermination by hunger) is seen by many people as a mass murder that can be related to a genocide (even though this event isn’t in a lot of history books).

On a period of just a year and a half, this hunger caused the death of six to eight million people, according to various sources, with two to five millions for the sole Ukraine. Even though most of the victims were ethnically Ukrainians, they were not the only ones targeted by the murderous policy of Stalin (hundreds of thousands of Russians, Tatars and Kazakhs also died).

During the first half of the XXth century, ethnic, cultural and religious tensions considerably grew in Western Ukraine. According to a population census from 1931 the Ukrainians (mostly Orthodox) constituted the major part of the local population (64%) in the Western region of Volhynia. Other ethnic and religious groups were the Poles (15,6%), the Jews (10%), Germans (2,3%) and other groups less numerous (Czech, Slovaks, Belorussians, …). (1) The already existent tensions between these various groups would considerably grow during the ’30s to evolve into a true hate during the Second World War.

At this time two Ukraine seemed to emerge already. On one hand the Western Ukraine that was earlier under Polish and Austrian influence and on the other hand the russified Eastern Ukraine. To the eyes of Ukrainian independentists, Poland and USSR were the hereditary enemies of the Ukrainian nation and should be fought to let the creation of an independent Ukrainian state. It was precisely this goal that targeted the Organization of Ukrainian Nationalists (or OUN), created in 1929.

The strategy of the OUN to reach the creation of an independent Ukraine included violence and terrorism against those who were seen as enemies of the free Ukraine. Among them we could name the “external” enemies of Ukraine – Poland and USSR – and the “intern” enemies, so to say every people who wasn’t ethnically Ukrainian or who was suspected to collaborate with the enemy. The Ukrainian Insurgent Army (or UPA) was a paramilitary nationalist army engaged in a series of conflicts during the Second World War. It was composed by various fighter groups of the OUN. The OUN and the UPA had for leaders, respectively, Stepan Bandera and Roman Shukhevych.

A few years later, it was the beginning of the Second World War. In 1940, many Western Ukrainians saw Nazi Germany like a partner susceptible to help the creation of an independent Ukrainian state. Hitler was considered as a symbol of hope in front of the soviet domination. The act of restoration of the Ukrainian state from the 30th of June, 1941, is very clear on this:

“3. The newly formed Ukrainian state will work closely with the National-Socialist Greater Germany, under the leadership of its leader Adolf Hitler which is forming a new order in Europe and the world and is helping the Ukrainian People to free itself from Muscovite occupation.” (2)

On the 28 of April the division “SS Galizien” was created. It was a military formation mostly made up by Ukrainian volunteers from the region of Galicia (Western Ukraine). Under the initiative of the Wehrmacht, the SS Galizien division slaughtered practically the entirety of the Jewish population of this region.

The massacre of Volhynia

Once the Jewish were exterminated, followed Poles. It is principally in the Western region of Ukraine that took place the slaughter of the Polish minority. While the Second World war was raging, Ukrainian nationalist leaders commanded to their supporters to slaughter the Polish population in the region. Here is a passage of the order given by the OUN on the 2nd of February 1944 to its members:

“Liquidate every inch of polishness. Destroy the Catholic churches and other Polish cult places (…) Destroy the houses so there is no trace that someone lived there (…) Keep in mind that if something Polish remains, then Poles will come to claim our territories.” (3)

The groups of Ukrainian nationalists went to the towns of Galicia and Volhynia and killed between 40,000 and 60,000 people, mostly women and children. None was spared. On the 11th of July nearly 100 villages were plundered and the population was slaughtered in the most brutal way. Besides assassinating the local population, the men of Bandera tortured with a rare atrocity. Despite the absence of resistance, civilians were killed in their houses, at school or in the churches during the office. As practiced later by the Soviet army, rape was largely used as a terror weapon.

The legacy and the demons from the past

The Polish writer Jan Zaleski said: “The Poles living in Volhynia were killed twice. The first time by a weapon and the second time by silence.” With these words he was referring to the way the history of the massacre of Volhynia is often avoided and to the Ukrainian denial of the atrocities that happened. Besides the numerous crimes committed by the members of the OUN and the UPA, many Ukrainians consider the leaders of these organizations like national heroes. We can see as a proof the various monuments to the glory of Stepan Bandera and Roman Shukhevych in the Western part of the country, in particular in the city of Lviv where they are regularly maintained.

On the 22nd of January, 2010, the former President of Ukraine Viktor Yushchenko posthumously promoted Stepan Bandera and the former leader of the UPA Roman Shukhevych as “Ukrainian heroes”. This decision has been very controversial in Ukrainian public opinion as well as among the Poles and Russians. Also, it seems like the protests of the “Euromaidan” in 2014 contributed to the creation of a true myth around these two characters at the very least ambivalent.

The armed conflict that nowadays is raging in the Easter region of Donbass between the Ukrainian army and the separatists supported by Moscow already killed more than 10,000 people (to the first part of November 2017, according to the UN). In this context Poland appears as a logical ally in front of the threatening Russian neighbour. And it is true that this conflict contributed to a reconciliation between the two countries (more than a million of Ukrainians went to live in Poland from 2014). Although Ukraine seems lonely on the European geopolitical chess game. Official excuses from Ukrainian leaders for the slaughters committed in the regions of Galicia and Volhynia during the Second World War could represent a motivating first step in order to improve the diplomatic relations between Ukraine and her neighbours.

On the same topic you can also read: The genocide that still poisons relations between Poland and Ukraine 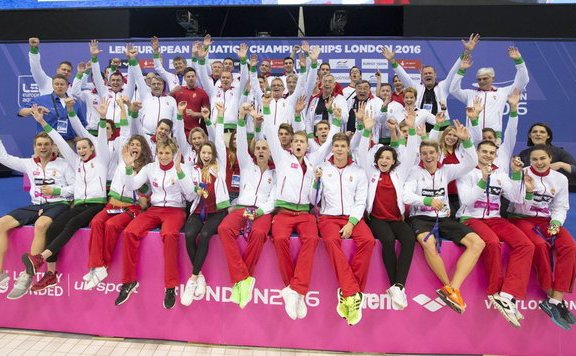 Hungarian huge success at the London’s European Aquatics Championships, two months before the Olympics at Rio 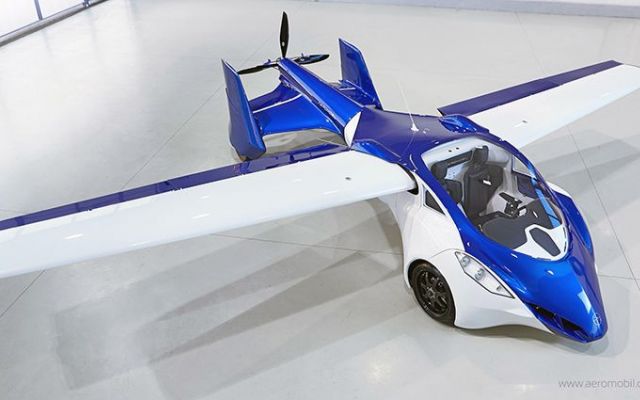 The world’s first flying car may come from Slovakia