Poland – Monday, September 14, was the day of the final ‘debate’ in plenary session on the López Aguilar report on Poland (see: A tale of two very biased reports in the European Parliament: the López Aguilar report on Poland and the Sargentini report on Hungary). The subject of the ‘debate’ – a series of short speeches prepared beforehand with no room for discussion between participants – was worded as follows: “Determination of a clear risk of a serious breach by the Republic of Poland of the rule of law – LGBTI-free zones in Poland within the scope of the Rete Lenford case”.

Wednesday 16 was the date chosen for the State of the Union Address by the President of the European Commission, Ursula von der Leyen. In her speech to the European Parliament, von der Leyen criticised what she called, as some MEPs had done on Monday, “LGBTQI-free zones”. While she did not name Poland, everybody knew what country she was pointing at when she said: “LGBTQI-free zones are humanity free zones. And they have no place in our Union.”

And then on Thursday 17 MEPs voted on a resolution “on the proposal for a Council decision on the determination of a clear risk of a serious breach by the Republic of Poland of the rule of law”, calling on the Council to proceed with sanctions against Poland. The resolution was passed with 513 votes for, 148 against, and 33 abstentions. It contains the final version of the López Aguilar report, with many criticisms of policies enforced by the elected conservative parliamentary majorities and governments since 2015, and with a special subchapter about “Hate speech, public discrimination, violence against women, domestic violence and intolerant behaviour against minorities and other vulnerable groups, including LGBTI persons”. That subchapter is actually mainly about LGBTI issues and, again, the so-called “LGBTI-free zones” or “LGBT-free zones”.

No such thing as LGBT-free zones in Poland

To put the record straight, there is no such thing as LGBT-free zones in Poland. What the country’s critics are talking about are regions and municipalities which have passed a Local Government Charter of the Rights of the Family or resolutions declaring themselves free of LGBT ideology.

This was done as a reaction to the signing by the city of Warsaw, and a few other large Polish cities governed by the liberal Civic Platform (PO) party, of an “LGBT+ Declaration” or other similar charters. Among other things, the Warsaw LGBT+ Declaration, for example, stipulates that the city will only work with companies which promote LGBT people and attitudes, and it promises to introduce LGBT-inclusive sex education and to have activists from LGBT organisations in all primary and secondary schools run by the city.

In opposition to this type of policy, and in the context of the numerous aggressively anti-Catholic LGBT marches of 2019 in Poland, which were often scenes of public profanations of Christian symbols, over a hundred local governments, covering about one third of Poland, have adopted the above-mentioned Charter of the Rights of the Family – written by the conservative Ordo Iuris lawyers’ association – or have passed resolutions or declarations expressing their will not to enforce LGBT ideology in fields under their jurisdiction, most of all in schools – so as to respect the constitutional right of parents to raise their children in conformity with their beliefs. Such a right is also guaranteed in Article 14 of the EU Charter of Fundamental Rights, which refers to “the rights of parents to ensure the education and teaching of their children in conformity with their religious, philosophical and pedagogical convictions”.

These declarations are usually short statements and have no direct legal effect. They do not contain any clause providing for discrimination against any category of people, whether based on their sexual orientation or on any other criteria. This is also true of the Local Government Charter of the Rights of the Family, which according to the European Parliament resolution is “discriminating in particular against single-parent and LGBTI families”. The charter can be read in English here, and there is actually nothing in it which can be seen by an honest reader as discriminating against single-parent and LGBTI families.

Poland’s Ombudsman, Adam Bodnar, who was appointed to his office by the previous liberal PO-PSL coalition, is nevertheless questioning local governments’ declarations and resolutions aimed against LGBT ideology, because like the European Parliament and the European Commission, he considers that such ideology does not exist and that such declarations must therefore in fact be targeting LGBT people.

As of September 9, 2020, Polish administrative courts had rejected the Ombudsman’s claim seven times out of 10. In three cases the Polish courts did share the opinion that, there being no such thing as LGBT ideology, local governments’ declarations or resolutions with commitments to remain free from LGBT ideology are in fact, even though it is not directly stated, directed at people based on their sexual orientation, which is forbidden by law.

In the face of such discrepancies between court judgments, the issue is bound to land in the Supreme Administrative Court, which will eventually settle the matter, with no need for such heavy-handed interference from EU institutions in Poland’s internal dispute. Furthermore, European institutions should be aware that local governments in Poland do not have the right to discriminate between suppliers and service providers based on political or ideological criteria, as will be the case if the mayor of Warsaw proceeds with the commitments made in his LGBT+ Declaration. The same goes for his declared will to interfere in the content of what is taught in schools, as local governments in Poland are not allowed to do this. Therefore, Polish courts could very well end up declaring that both such LGBT+ declarations and “free from LGBT ideology” declarations are illegal, depending on their respective wording.

The second part of the title of Monday 14’s debate in the European Parliament – “LGBTI-free zones in Poland within the scope of the Rete Lenford case” – actually referred to a case which arose in Italy and not in Poland. Rete Lenford was a lawyer who stated publicly that he would not hire homosexuals, but later explained that his assertion was abstract and was not linked to any real-life situation he had dealt with. However, that case was used by EU institutions as a precedent to state that the general non-discrimination principle enshrined in the Treaty on European Union should also be applied to abstract situations. Hence, in the case of what are falsely called “LGBT-free zones” in Poland, the European Commission and the European Parliament claim that such declarations against (non-existent, in their eyes) LGBT ideology amount to an act of discrimination based on sexual orientation, even if they do not lead to any concrete case of discrimination. Based on this assumption, the European Commission has already acted twice: once by threatening to deprive Polish voivodeships of European funds (see: Poland: Ideological Blackmail from the European Commission on the website of the European Centre for Law and Justice), and once by claiming it had rejected applications for funds submitted by Polish municipalities because of their having passed declarations against LGBT ideology or having adopted Ordo Iuris’ Local Government Charter of the Rights of the Family.

The reason why EU institutions are taking sides in the internal Polish dispute between progressives and conservatives is that they are pushing a new agenda, which according to the European treaties should have remained outside their scope. This agenda is to impose the same liberal, progressive ideology on all EU member states. Von der Leyen’s State of the Union Address of September 16 was the first of its kind to state this so clearly, when she said that one of the Commission’s goals is henceforth to “strengthen LGBTQI rights” and to impose on all member states “the mutual recognition of family relations in the EU”. This would in fact force countries of Central and Eastern Europe to recognise same-sex civil unions and marriages contracted in other countries. That in turn would of course put pressure on their more conservative societies to legalise so-called gay marriage, in the name of equality between their own citizens and residents from more progressivist societies in the EU.

While the regulation of abortion is an exclusive competence of member states, in its chapter titled “Protection of fundamental rights in Poland”, the López Aguilar resolution passed by the European Parliament on September 17 not only condemns those non-existent “LGBT-free zones” mentioned earlier, but also contains the false assertion, under the well-known cover of so-called “sexual and reproductive rights”, that abortion is a “fundamental right” recognised by international and European law. It goes on to condemn attempts made by Polish citizens’ groups to delegalise abortion on the grounds of serious and incurable defects or illnesses of unborn children. It also calls on Poland to make “emergency contraceptive pills” (to be taken after sexual intercourse, which means that they can sometimes have an abortive effect if taken after a few days) available in pharmacies without prescription, although Poland has no such obligation under European law (as was confirmed in 2017 by the European Commission itself).

A new mechanism to blackmail some member states

Fortunately, such an attempt to extend the scope of the Article 7 proceedings is bound to fail in the Council – if not earlier, then at the last stage of the sanction procedure, which requires unanimity. And this is why the European Parliament, in its resolution, “once again underlines the imminent need for a complementary and preventive Union mechanism on democracy, the rule of law and fundamental rights”.

In other words, if Poland and Hungary fail to block the adoption of such a mechanism linking the EU’s budget and recovery package to the rule of law, it is very likely that they will eventually have to choose between, on the one hand, having limited access to abortion (in the case of Poland), traditional marriage only, and no relocated immigrants; and on the other hand, having access to European funds.

Originally published on Kurier.plus in English. 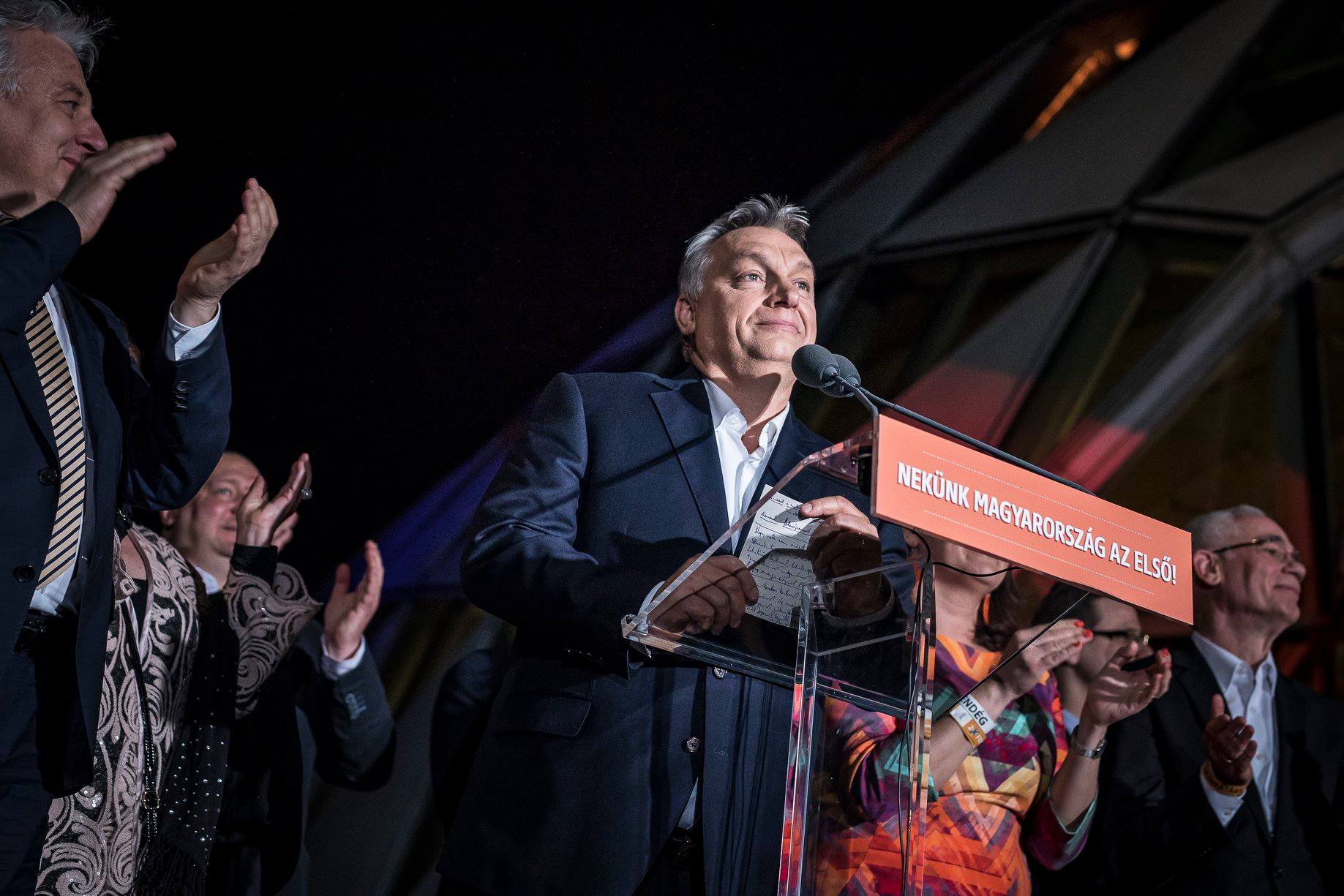 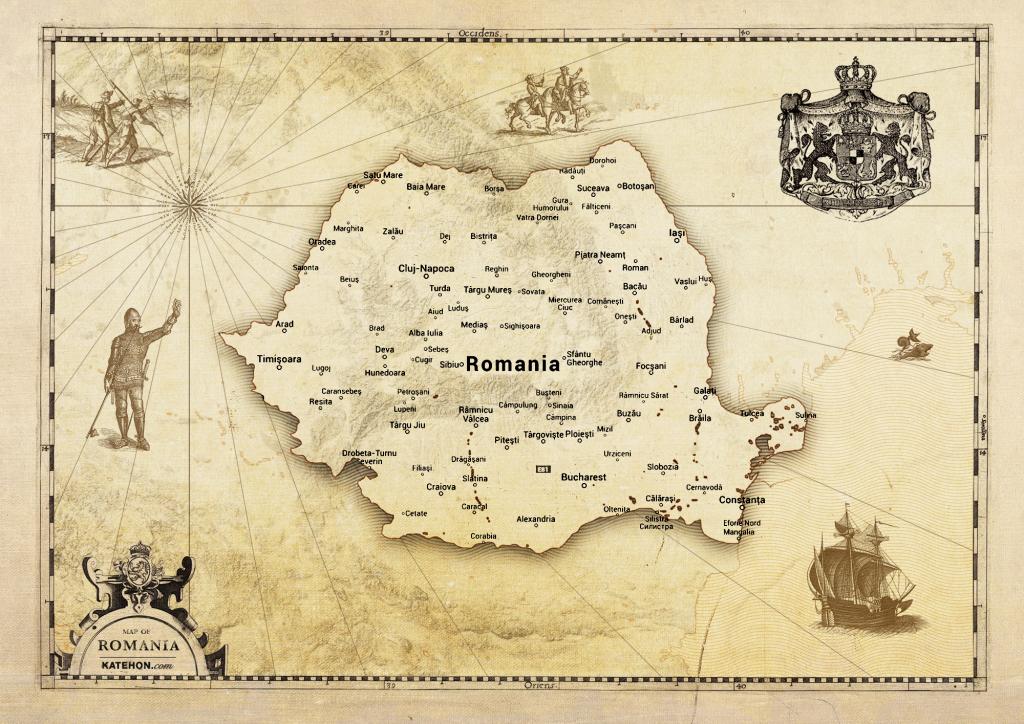 The Muddy Waters of Romanian Politics