Hungary – After many months of media hype on public health issues, “restrictive measures”, and compulsory mask-wearing indoors and outdoors, Hungarians have been living since the beginning of July in relative normality. One might call it a parallel reality, given that most European countries have at the same time been under the cloak of “health measures” that are highly problematic from the point of view of personal freedoms.

Hungary’s leaders are well aware of the anomalous situation in which their country finds itself, and know very well that their political future depends significantly on how they manage to curtail this Hungarian (summer) exception in the coming weeks.

The summer has been marked by the return in force of the issue of the LGBT lobby, as if the Hungarian government wanted to go back to its roots and set a political tempo which the opposition has always had difficulty in following. And on that concrete issue, it must be said that the Hungarian opposition does not have broad support among the population.

By the admission of people close to the government, Covid is synonymous with a loss of control of the political agenda, with opposition parties and media constantly at work to push for restrictions and to attack anyone who deviates from the public-health narrative.

Having never really stood up against the pressure for public-healthism, it is no surprise that the Hungarian government will go into September under the banner of the “fourth wave”, knowing full well the political price they may have to pay, while bearing in mind that this campaign is likely to be littered with political landmines of a more traditional nature.

During the three days when Hungary was celebrating the anniversary of its birth, with some 700,000 people gathered together to see the fireworks free of all “health restrictions”, Minister Gergely Gulyás and Prime Minister Viktor Orbán spoke out on the “health” issue, stating that the arrival of a “fourth wave” in Hungary is almost a certainty, and that only a new massive “vaccination campaign” at the beginning of the school year – also involving 12–15-year-olds – would make it possible to mitigate its effects.

If official statements are to be believed, the Hungarian government would be reluctant to return to a mask mandate or to impose a new, even partial, lockdown of the economy. Whether sincere or not, these positions will undoubtedly be actively attacked by the opposition parties and media.

What is almost certain, however, is that the government plans to return to discriminating measures against the unvaccinated, as this is to be the main impulse for a new vaccination campaign, which this time will probably include minors.

It should be remembered that nearly two and a half million Hungarian adults are not yet vaccinated. Recent publications on the geographical distribution of immunity certificates show that, among those unvaccinated adults, at least half a million are members of the gypsy community that populates the poorest villages of Hungary. This is a fringe of the population that is usually less likely to vote in elections, and a new version of the “digital and legal Covid” (a better name for the so-called health pass, or Covid passport) is not likely to bother them very much, given their customary lifestyle.

However, even after the (very likely) implementation of the “digital and legal Covid”, there will always remain in the Hungarian population a hard core of several hundred thousand people who may represent the main political threat to the ruling Fidesz-KDNP coalition.

The Hungarian electoral system and the opposition’s forming of a coalition to support a single candidate means that the current majority cannot afford to lose so many voters. To put it plainly, if the opposition manages to keep its alliance firm to the end and Fidesz sees its potential electorate shrink, the government’s path to victory in April 2022 may be a narrow one.

Given the available evidence on the geographic distribution of vaccination as of August 2021, it would appear that there is a strong correlation between refusal of vaccination and non-participation in the last general election,

which was in 2018. The government could do without the support of the recalcitrants if they are not likely to vote for the opposition either.

But if the government goes further than the “digital and legal Covid” – which sources close to the government predict for mid-September – then the battalions of Fidesz-KDNP voters (2,824,206 votes in 2018) do risk shrinking.

There is a possibility, before the 2022 election, of a return of potentially catastrophic measures for the Hungarian economy and currency and of a vaccination mandate for children. Those two fronts would expose the government coalition to real political dangers.

Admittedly, the risk to the current majority would be somewhat counterbalanced by the fact that Jobbik (1,092,669 votes in 2018) could lose some of its electoral base too, and this would also affect, albeit more marginally, the electorate of the liberal left. In order to win the 2022 election, the opposition cannot avoid the full integration of Jobbik into its coalition. Jobbik has completely flipped sides and its leader, Péter Jakab, is very good at reaching out to the provincial and proletarian parts of the Hungarian population. These are groups that are rather reluctant to get vaccinated, and even more so to vaccinate their children, something that Jobbik cannot oppose a priori while being part of a united opposition.

“This is just the beginning”

It is clear that the opposition’s approach of the last several years (focusing its attacks on the issues of corruption and the rule of law) does not work.

The issue of corruption (and more broadly everything that involves a mixture of money and politics) put forward in the opposition’s media-political campaigns is far too abstract for the overwhelming majority of the population. These campaigns present faces and figures which voters are unfamiliar with, and concern social circles to which they feel they do not belong. The billions of forints involved are something abstract for them, whereas the feeling that it is not only the governing majority that belongs to those circles, but also many opposition leaders, is real.

As far as the rule of law is concerned, the opposition’s failure is even starker. Indeed, the rule of law is a very abstract notion for Hungarian voters. And while for many years it used to be merely ineffective, today, in the era of the health pass – a solution advocated, among others, by Momentum, a champion of the defence of the Hungarian rule of law in the European Parliament – the accusations of violation of the rule of law have become all but laughable. This is what the lawyer and former leader of the LMP, András Schiffer, who cannot be suspected of being against health restrictions or of being a conspiracy theorist, recently reminded us in an article dated 18 August.

The opposition and its media relays understand perfectly well that it is necessary to be more concrete to destabilise the political base that the government majority has been sitting on for over ten years.

In this respect, the Borkai and Szájer affairs, when some members of the opposition suggested that these were just the beginning, were a turning moment.

Let there be no mistake: Hungarians, even those who are somewhat abusively described as “conservative voters”, do not usually base their political choices on sex affairs involving consenting adults. It is something which has been pointed out on numerous occasions in these columns: contrary to Western fantasies about Central Europe, Hungary is a country where the overwhelming majority of the population is very liberal on moral issues.

However, with an autumn/winter season which could end up with more than just a “digital and legal Covid”,

a pile-up of scandals would risk pushing the government over the edge.

The Fidesz-KDNP coalition’s past decade in power has shown that the Prime Minister and his small group of faithful at the helm are very successful when they are on the move and when they have the upper hand to impose their game on the Hungarian political scene. Defensively, their performance has been poor on several occasions. This is why the coming months, when attacks on the government – on several levels – are likely to reach an intensity unseen since 2010, are likely to be extremely tough for the Fidesz-KDNP majority.

Having never had the upper hand over the Covid-19 pandemic, the Hungarian government would be even more likely to find itself in trouble and lose complete control of the political agenda if a number of Szájer affairs were to come out.

In this sense, the double focus on the LGBT issue (with a controversial law adopted at the beginning of the summer and an upcoming referendum) could lead to a very slippery slope for the government.

Indeed, the mockery and laughter are becoming more and more pronounced in the ranks of the opposition, and it is very likely that the coming months will be punctuated by the revelation of the homosexuality of certain members or close associates of Fidesz and KDNP. For that matter, Péter Márki-Zay, a candidate in the opposition coalition’s primary, has even gone so far as to mention a member of the family of Prime Minister Orbán.

Perhaps the government has anticipated these revelations, and intends to get away with explaining that its policies are not anti-gay but anti-LGBT, a distinction to which the majority of Fidesz-KDNP voters subscribe. It is unlikely, however, that this type of attacks will push the government to clarify its position on the issue of homosexuality and the LGBT lobby. An increase in such attacks – especially if they target circles close to the head of government – would instead lead to

a national and international media circus in which the governing coalition risks losing its grip, making mistakes and being pushed to the brink.

Nothing is ever certain in politics, but the accumulation and possible simultaneity of the above-mentioned elements could put the Hungarian government to a hitherto unknown test. 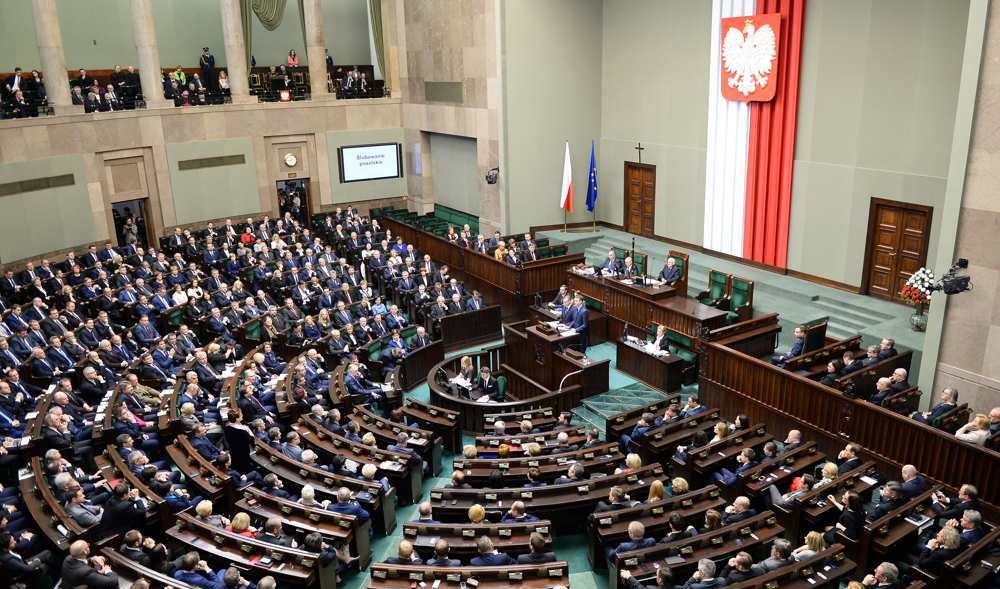 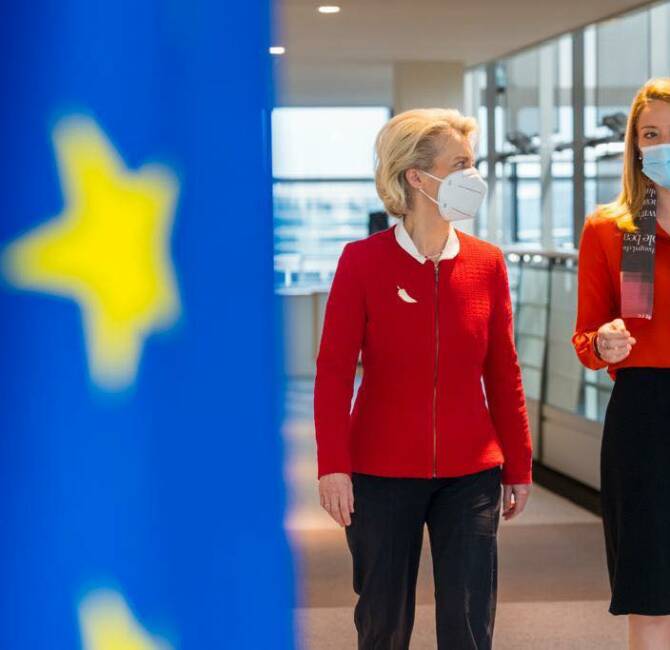