Czechia – In a theme familiar to many in the West, polling predictions failed dramatically as Czechia held its lower-house elections on October 8-9. This time it worked against the populists, as the outcome was poor for incumbent Prime Minister Andrej Babiš and almost certainly spelled the end of his premiership. Though polls showed his ANO (Yes) party with a consistent single-digit lead in the days before the election,[i] the center-right SPOLU (Together) coalition ultimately took the most votes. The left-populist Pirates & Mayors coalition, equally hostile to the prime minister, finished third. The two coalitions have announced plans to form a majority government and shun any collaboration with Babiš.[ii]

Czech analyst Michal Klíma called the results “an absolute change of politics in the Czech Republic.” “It stabilizes the country’s position in the West camp,”[iii] he continued.

Analysts are speculating to what degree corruption allegations played a role in the outcome. The so-called “Pandora Papers,” released just days before the election, implicated Babiš in some questionable offshore business activities. The story dominated Czech media in the days before the election and might have contributed to diminished ANO turnout or emboldening of lukewarm SPOLU voters.[iv]

Babiš sustained another major blow when president and staunch ally Miloš Zeman entered the hospital for a life-threatening condition the day after voting concluded. The president holds significant government-forming powers under Czech law, and he had promised Babiš the first chance to form a government if his party received the most votes.[v] Since Babiš enjoys neither the highest vote total nor a feasible coalition partner, it is difficult to imagine any way for the incumbent prime minister to remain in power, even if Zeman recovers soon.

The outcome is not only perplexing in Prague; it represents a range of diplomatic consequences within the Central European Visegrád (V4) region and the EU at large. This article will examine these implications.

During his election campaign, Prime Minister Babiš likely had no greater ally than Hungary’s Viktor Orbán. The leaders exchanged visits as the campaign neared its end; the two visited Hungary’s border wall at Röszke and met again one week later in Ústí nad Labem. At the Budapest Demographic Summit, at which both leaders were keynote speakers, the Hungarian leader implored, “Andrej, you’re facing elections: please win.”[vi]

Unsurprisingly, Babiš sounded increasingly Orbánian in the latter stages of the campaign. The Czech PM vowed his country would use Hungary as a model for new family-support policies, including an increase in payments to families with two or more children and more generous home loans for families.[vii] Furthermore, he refused to sign a European petition criticizing Hungary’s law against sexual indoctrination of children, calling the gesture “nonsense.” “I really do not understand the upheaval around that legislation,” he continued. “What is the problem with making parents responsible for the sexual upbringing of their children? I don’t understand why a NGO should do this; it’s the exclusive right of the parents.”[viii]

Babiš most closely resembled his Hungarian colleague by making a strict migration policy one of the cornerstones of his campaign. Photos from the Röszke border visit were widely published. In a September interview with a Hungarian publication, he said, “I am convinced that…immigration, especially illegal migration, cannot be the answer to the demographic crisis in Europe. Immigrants coming to the continent bring with them a culture and traditions that are radically different from ours…Do we really want such a Europe?” The words would have been just as relevant in Budapest or Warsaw.

Both incumbent prime ministers have much to gain from their warm relationship. In light of attacks from western politicians, journalists, and NGOs – not to mention Brussels – Hungary and Poland have significant interest in a strong Visegrád bloc. Babiš, himself the target of Brusselian ire over some of his business practices, understandably reached the same conclusion. Dreadlocked Pirate leader Ivan Bartoš, on the other hand, has called for weaker V4 ties and a reorientation toward western Europe.[ix] Center-right SPOLU figures to offer little support to the Hungarians in times of controversy. In light of these contrasts, Orbán’s campaign push for his Czech colleague is hardly surprising.

Not lost on Budapest is the fact that the Czech elections could be a precursor to the Hungarian parliamentary elections, scheduled for Spring 2022. Apart from showcasing voter attitudes in the region, they offer a first glimpse at an opposition strategy that will be employed in Hungary – coalescence of all major opposition parties with the goal of defeating the incumbent prime minister. This worked somewhat differently in Czechia, as two main opposition groups attacked Babiš; nonetheless, the prime minister frequently remarked that the only thing uniting the fragmented opposition was animosity toward him.[x] In Hungary, this approach will be even more peculiar, as a fringe party with neo-Nazi roots and some sordid leadership figures – historically described as far-right,[xi] but awkwardly attempting to moderate its image before the world[xii] – is teaming up with the leftist and centrist opposition parties; without its presence in the coalition, the opposition would stand little chance. The race figures to be close, and Hungarian eyes have been fixed on Prague for any bellwether signs.

While Czech-Hungarian relations warmed under the Babiš regime, the same is not true of Czech-Polish relations. Tension centers on the Turów coal mine in the far southwestern corner of Poland, just a few kilometers from both the Czech and German borders. After state energy giant PGE announced plans to expand activities close to the Czech border this summer, Prague filed a complaint to the European Court of Justice, citing concerns over groundwater levels, dust, and noise among the local population. On September 20, the court levied a €500,000 daily fine against the Poles until they close the mine.[xiii]

Poland has reason to be defiant. The mine provides power to a facility that supplies six percent of the nation’s energy supply; over two million people receive power from it, and approximately 1,250 people work at the plant. A full half of jobs in the region are tied to it in some way. “We are not going to turn off Turów; it would deprive millions of Polish families of electricity,” declared Prime Minister Mateusz Morawiecki.[xiv] “No one in Europe, and especially no one who possesses civic legitimacy, should arbitrarily make a decision that endangers a country’s energy security,” he added.[xv] So incensed was the prime minister at his Czech colleagues that he canceled his visit to the Budapest Demographic Summit with other regional leaders; among the keynote speakers was Babiš.

The Czechs hold the stronger negotiating position in this debate. With Poland forfeiting €3.5 million per week and Czech elections looming, Prague has had little reason to compromise. Few were surprised that no agreement occurred before the elections.[xvi]

Poland is also in an unenviable political position vis-à-vis the Czechs. Warsaw needs a strong V4 to deflect growing bureaucratic pressure from Brussels. A second Babiš government would have been most likely to provide that. If the center-right SPOLU alliance leads the government, it likely will be friendly to its northern neighbors but certainly will not join them in battles with Brussels. Any coalition participation of the left-populist Pirates & Mayors will be unwelcome in both Warsaw and Budapest. Creation of a second Babiš-led government, followed by a reasonable resolution of the Turów question and a mending of diplomatic ties, seemed to have been the best outcome for Poland. Polish parliamentary elections are not scheduled until November 2023 (barring a snap election), so the government will have time to recover from any Turów-related discomfort.

As the neighboring Czechs cast their votes, Poland’s constitutional court drew a new round of EU outrage by ruling that some Polish laws take precedence over their EU equivalents. Ursula von der Leyen’s predictable pearl-clutching followed in short order.[xvii] It seems to be yet one more case of bad timing for Warsaw, as the number of allies willing to stand up to Brussels ostensibly has shrunk back to one.

Slovakia has the distinction of having two European heads-of-state within its citizenry: Babiš was born and raised in Bratislava and maintains Czech-Slovak dual-citizenship. Understandably, this has created some awkwardness for him. From the time of his entry into politics, many Czechs have regarded him as an outsider.[xviii] Earlier this year, Babiš filed a lawsuit against the Slovak National Memory Institute (ÚPN) in a Slovak court after the organization claimed evidence that he had been an agent for the communist state secret police organization (StB) in the 1980s; he initially succeeded, but the Slovak supreme court ultimately ruled against him.[xix] These episodes did little to strengthen his Slovak identity.

Nonetheless, the Czech-Slovak leader in Prague has enjoyed good relations with his new counterpart in Bratislava, Eduard Heger. The latter preserved tradition by taking his first international trip as head-of-state to neighboring Czechia. The Slovaks donated over 10,000 doses of COVID-19 vaccines to their Czech neighbors, and the two countries agreed to increase military and medical cooperation in foreign missions.[xx] The two leaders met again in September for tripartite discussions with then-chancellor of Austria Sebastian Kurz on the impending wave of migration from Afghanistan. The Czech leader summarized their agreement on the issue: “There is really no place for [Afghan migrants] in Europe;” the three leaders committed to support displaced Afghans within their country and neighboring states in Central Asia.[xxi]

Continuation of a Babiš-led government would cause few ripples in Slovakia. Yet Slovaks need not fear this result. Given the tremendous importance of Czech-Slovak bilateral relations and the relatively uncontroversial standing of the Slovaks in Brussels, Bratislava has little to fear from a new center-right coalition in Prague.

This one is straightforward – the Brussels political machine will be overjoyed at this outcome. First, the new government figures to be decidedly more pro-EU.[xxii] EU figureheads can advance a narrative of a victory for liberal democracy over a leader they had villainized. Finally, it will strengthen the EU’s ability to marginalize Budapest and Warsaw. This process will be all-but-complete if Prime Minister Orbán’s party underperforms in the elections next spring. For now, irrespective of the coalition talks in her native Germany, Ms. von der Leyen seems at least to have found new friends in Prague. 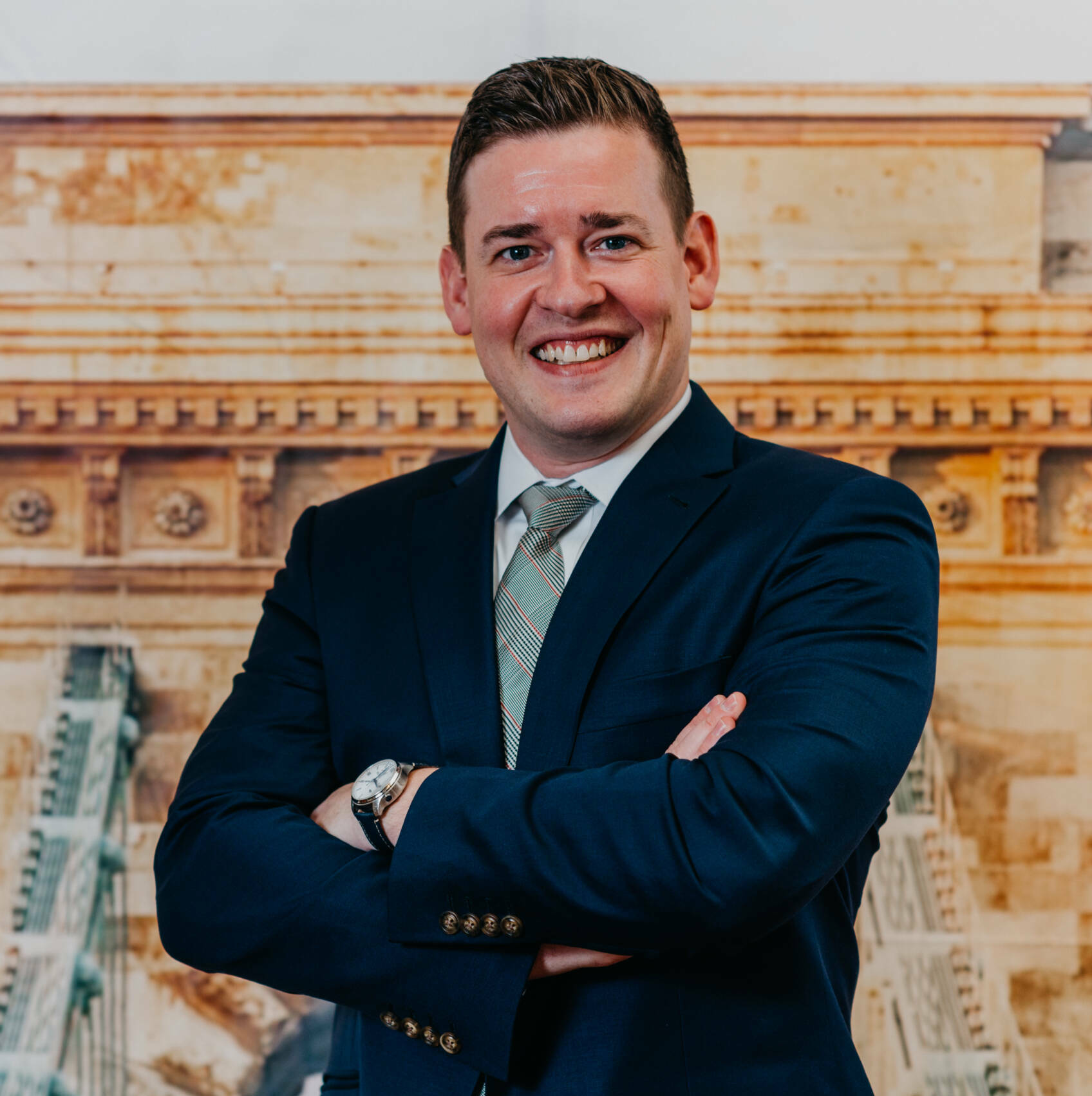 Michael O'Shea is a fellow at the Danube Institute and is part of the Hungary Foundation - Mathias Corvinus Collegium’s Budapest Fellowship Program. 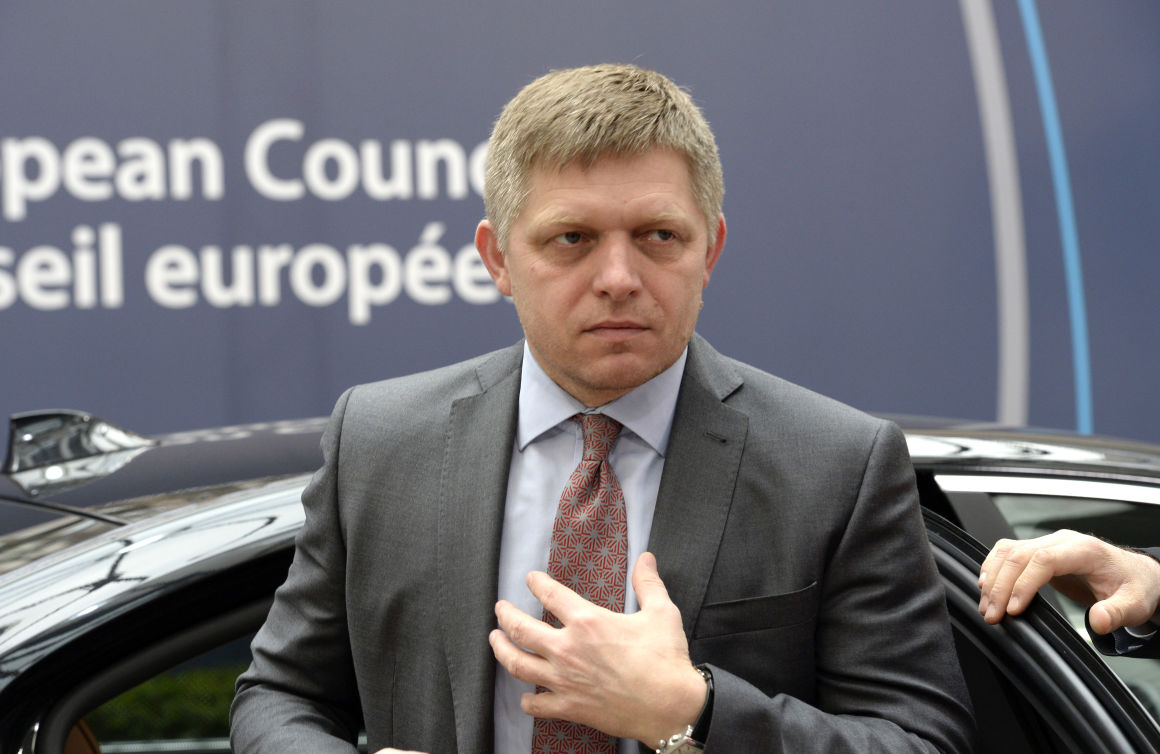 Robert Fico wants to put an end to sanctions against Russia

Poland: the right wing coalition lead by the PiS is looking for a second wind