Poland – On 24 November, the European Parliament held a debate on the situation in Belarus and at its border with the EU, and the implications for the security and humanitarian situation. Although the discussion took place in a particularly calm atmosphere and was characterised by an unusual convergence of views against illegal immigration, things did not go without a hitch at the start of the meeting, as Polish Prime Minister Mateusz Morawiecki was refused the opportunity to take part in the debate and present his vision of the crisis and the measures to be taken to contain it. The EP’s president claimed this would be against usual procedures. A letter from Morawiecki was therefore read out by PiS MEP Ryszard Legutko of the European Conservatives and Reformists Group (ECR).

The Polish PM pointed out in his letter to MEPs that the voice of Poland, a country on whose borders “the spectacle orchestrated by the Belarusian regime is being played out, had to be present today in Strasbourg because the situation not only concerns Warsaw, Vilnius or Riga, but constitutes a threat to the entire European Union (…). For several weeks, Alexander Lukashenko has been sending hundreds of civilians to the Polish–Belarusian border every day. What we are seeing, on the face of it, looks like the migration crisis of 2015. However, the truth is different. We are dealing with a planned provocation in which migrants are only tools in the hands of Lukashenko. His objective is to destabilise the situation in Europe.” Morawiecki drew attention to the fact that Lukashenko’s and Putin’s strength is the result of a lack of solidarity within the European Union and of its leaders’ failure to stand up to Russia when it seized Crimea from Ukraine and to Alexander Lukashenko when he falsified elections in Belarus, and their failure to stop the construction of the Nord Stream 2 gas pipeline.

“Things have already gone too far. Russia and Belarus have crossed all possible borders. We can no longer allow them to do so”, he concluded his letter, proposing seven points of action to stop the offensive of Minsk and the Kremlin, including scaling up economic sanctions against the two countries, closer cooperation within NATO, and energy solidarity within the EU.  For once, the Polish point of view seemed to be shared by most MEPs from the major political groups, and there were few comments critical of Morawiecki’s analysis. Those few critics mainly insisted on presenting the problem as a mere humanitarian and migration crisis for which Poland should accept its responsibilities.

However, speakers generally refrained from using the term “refugees” to refer to the migrants who have been forcing the Polish border of late. Clearly enough, the European Parliament is well aware of the political dimension of the current crisis. Many MEPs, including those who have been insisting on sanctioning Poland, which they accuse of not abiding by the “rule of law” and “European values”, criticised the European Commission for the insufficient financial support given to Poland and have called for a resolute reaction and concrete measures to be taken against the aggressors, including sanctions against airlines involved in the smuggling of Middle Eastern migrants. Emphasis was placed on the unity and solidarity of European countries, and there were critical voices against those who undertake negotiations with Belarus bypassing the EU and the countries directly involved in the crisis, namely Poland, Lithuania and Latvia. The initiative of the outgoing German Chancellor Angela Merkel, who spoke twice with Alexander Lukashenko on the phone, was particularly targeted, echoing many critical voices that had been heard already in Germany, Poland and the Baltic States. Merkel’s phone calls were the first direct contact with the Belarusian president initiated by a senior Western politician since the Belarusian August 2020 presidential election was held amid accusations of vote rigging. Leaders of EU countries have refused to recognise Lukashenko’s victory, and the outgoing German chancellor’s action was seen as helping to legitimise the Belarusian dictator’s regime. Lithuania’s Foreign Minister Gabrielius Landsbergis said that negotiations with Lukashenko are a “dangerous path” because “dictators are known for their lack of respect for the law (…). So even if something is agreed, it does not mean it will be respected.” The talks between Merkel and Lukashenko have also been heavily criticised in Poland, by both the government and the opposition.

Poland has engaged in particularly intense diplomatic action over the past week. Within a few days, Polish Prime Minister Mateusz Morawiecki visited nine European capitals and met with 11 heads of state and government, including Emmanuel Macron, Angela Merkel, and Boris Johnson. Polish President Andrzej Duda went to NATO headquarters in Brussels to discuss with NATO Secretary General Jens Stoltenberg the possible use of Article 4 of the North Atlantic Treaty, which allows for international consultations at the highest level in the event of a threat to the integrity and security of a NATO member country. However, the use of Article 4 is still considered premature at this time.

In the meantime, the situation at the border remains tense. The Polish Ministry of Defence announced on Twitter on 29 November that Belarusian services damage the border fence almost every night to allow migrants to illegally cross into Poland. According to border guards, the previous day nearly 100 people had attempted to cross the border with Poland, confirming the downward trend in the number of attempts seen over the past few weeks, even though Poles note that uniformed Belarusians now overtly help migrants attempting to cross the temporary barbed wire fence installed in late August. By the middle of next year, under a special law, a 5-metre-high fence topped with 50 cm of barbed wire and equipped with electronic devices will be erected along the border with Belarus. The barrier, 180 kilometres long and 5.5 metres high, will be built in the Podlaskie voivodship, while further south, in the Lublin voivodship, there is already a natural barrier in the form of the Bug river.

However, it is feared that the government programme announced last week by the new German left-wing coalition formed by the SPD, the FDP and the Greens, which plans to make it easier to obtain citizenship and reunite families, could soon increase pressure at the border. For it is Germany that is the main destination of those migrants, not Poland or the Baltic states. 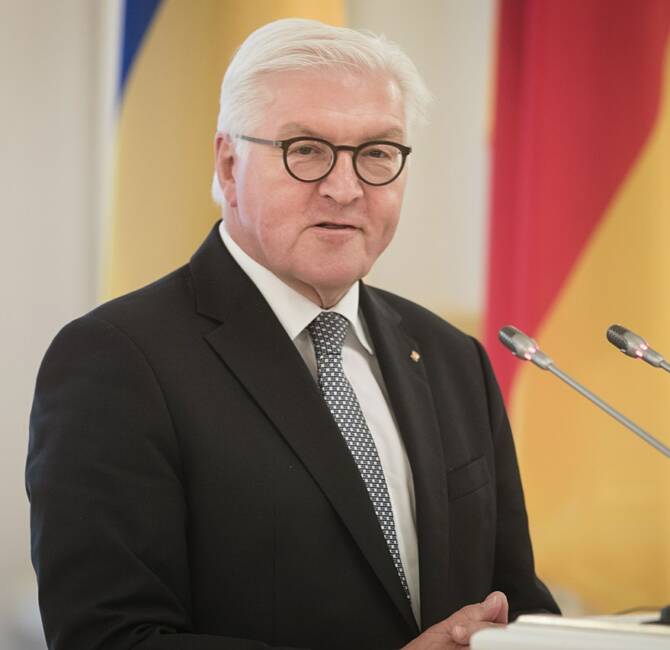