Lecture given on 3.12.2021 on the occasion of the colloquium “How to Reform the Union for the Future of Europe”, organised by the European Conservatives and Reformists in the framework of the meeting of the conservative party leaders of the ECR and the ID.

This crisis is not imposed from outside, it is home-made. What the founding fathers, such as Robert Schuman, feared, that a united Europe must not remain an economic and technocratic enterprise, is now paying off: it needs a soul, an awareness of its historical roots. Without a common identity, there can be no European solidarity in times of upheaval such as today; such an identity must, however, refer to something other than universal human rights, but must take account of what is specific to Europe and to the Europeans: a Western vision of man deeply rooted in tradition and history. If such an enterprise fails, there are only two possibilities: the break-up into nation-states, which will then be at the mercy of powers such as China, Russia, the Islamic world or the United States, or a bureaucratic and soulless centralism.

Of course, supporters of the current politically correct EU argue that any scepticism about the EU is ‘conservative’ and therefore reprehensible, as it should automatically lead to a return to nationalism, right-wing authoritarianism and ultimately to war and genocide. Yet the number of those who want to combine conservative patriotism with the defence of Western identity to face the many internal and external threats to our civilisation is growing. The Visegrad countries are undoubtedly at the forefront of this movement, which explains why it is precisely a Polish institution, the Association of Artists for the Republic (“Stowarzyszenie Twórców dla Rzeczypospolitej”), which took the initiative, under the chairmanship of Zdzisław Krasnodębski, to commission a preamble for a future constitution of a “confederation of European nations” in 2020. This constitution should be able to serve as a rallying point for all conservatives who want to strive to defend the West, regardless of the political families to which they may belong in the European Parliament. The aim of the preamble was to firmly enshrine in the Constitution the conservative values which are attacked by the current EU, eliminating the fundamental ideological errors of Valéry Giscard d’Estaing’s former draft Constitution.

It was a great honour for me to be able to write the aforementioned “preamble”, which has meanwhile been published in many European languages and will also appear in book form in the coming months, and which is fully in line with the ideology of “hesperialism” as I developed it in 2019 in the book “Renovatio Europae”. The basic idea of “hesperialism” is very simple: it is high time to return to the values that once made the West great if we want to avoid the worst scenarios. Defence of the natural family, strict regulation of immigration, a return to natural law, the protection of a socially responsible economic model, the radical implementation of subsidiarity, the revival of the cultural roots of our identity and the renewal of our sense of beauty – these are, in short, the pillars of such a new, “hesperialist” Europe. If Europe is to survive as a civilisation in the 21st century, it must return to the historical values and traditions that have shaped it since the Middle Ages and drastically reduce Brussels’ tendency towards centralism. At the same time, it must ensure a close partnership between European nations in certain key policy areas, such as border protection, research, the fight against crime, infrastructure, defence, strategic resources or legal standards. The ideal example of such a community of states is therefore not the United States or the Federal Republic of Germany, but rather the great pre-modern empires such as the Polish-Lithuanian Union or the Sacrum Imperium, the Holy Roman Empire.

One might ask why Europe needs a real constitution, because on the one hand, the last attempt to draw up an explicit constitution ended in a fiasco, while on the other hand, the conservatives seem to be in favour of reducing or even dismantling the European institutions and are therefore generally opposed to any binding common constitution. But this is a mistake: firstly, the opposition of many citizens was clearly not directed against the general idea of European unification, but against its concrete and very problematic form; secondly, the Constitution envisaged here should not deliver Europeans even more than before to Brussels and its increasingly leftist ideology, but rather to protect them from it: our project is a Constitution “for” Europe, but a Constitution “against” the EU.

Our Constitution seeks to re-found a strong, proud and patriotic Europe, which defends its identity instead of sullying it; which respects nations instead of merging them; which honours its historical heritage instead of subjecting it to multiculturalism; which fights social polarisation instead of playing into the hands of the elites; which protects and implements democracy instead of delegating power to soulless and undemocratic international institutions; which defends the importance of our continent in the world instead of selling it off. We must reclaim this Europe – with the people, against its current elites. The political union of all true conservative and patriotic forces around such a common goal is a first step in this direction – so let us hope that history will be written today in this sense. 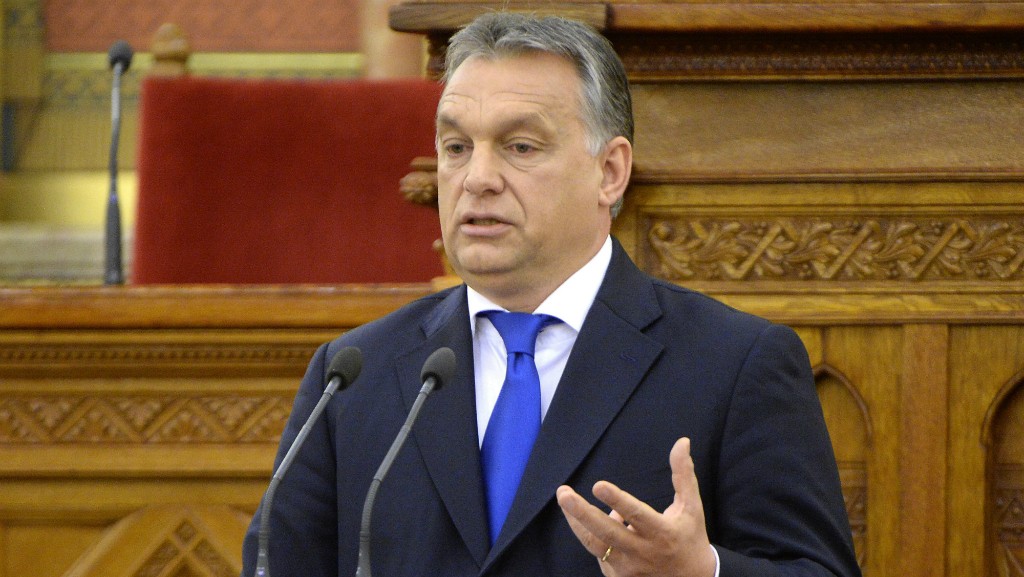