Poland – In 2020, Polish Justice Minister Zbigniew Ziobro and his Solidarna Polska (United Poland) party, which is an essential part of the PiS-led United Right coalition’s fragile majority in the Sejm, threatened to walk out of the government if Prime Minister Mateusz Morawiecki accepted the new conditionality mechanism, or rule of law mechanism, sought by the EU. After the July 2020 European Council, which introduced the principle of a mechanism making spending under the 2021–2027 budget and the NextGenerationEU recovery plan conditional on a country’s abidance by the “rule of law”, and then after the December 2020 European Council, which adopted the version agreed by the German Council Presidency with the European Parliament, extending this conditionality to “European values”, Ziobro criticised the Prime Minister in such harsh words that Poles wondered whether the coalition could keep together for much longer. But in the end Poland’s justice minister decided to remain in government, although he continued to warn against the future consequences of this new mechanism, which Poland had given up blocking in order not to delay the receipt of EU funds promised under the multi-annual budget and the recovery plan.

One of the guarantees obtained by Mateusz Morawiecki and his Hungarian counterpart Viktor Orbán at the December 2020 summit was the promise that the new “Regulation of the European Parliament and of the Council on a general regime of conditionality for the protection of the Union budget” would not be enforced before its validation by the European Court of Justice (ECJ) if Poland and Hungary decided to file a case against it, which they did in March 2021.

Unsurprisingly, on 16 February the ECJ validated this new mechanism, despite the doubts it raises in terms of its compatibility with the treaties signed and democratically ratified by each member state. To justify its decision, the ECJ emphasised that the procedure provided for in the regulation establishing this new mechanism “may be initiated only where there are reasonable grounds for considering not only that violations of the principles of the rule of law are taking place in a Member State

but, above all, that those violations undermine or present a serious risk of undermining, in a sufficiently direct manner, the sound financial management of the Union’s budget or the protection of its financial interests”.

It was in exchange for such an assurance, confirmed by a declaration of the EU-27 at the December 2020 European Council, that the Polish and Hungarian prime ministers agreed to lift their vetoes for the adoption of the EU’s 2021–27 multi-annual budget and NextGenerationEU recovery plan.

However, even before the ECJ validated this mechanism by dismissing Poland and Hungary’s case, the Commission had already started using it to demand that Poland reverse its reforms of the judiciary and Hungary repeal its June 2021 law that banned LGBT propaganda to minors. In the case of Poland, the Commission argues that the lack of independence of the judiciary (in the eyes of the Commission) does not allow adequate supervision of the use of the NextGenerationEU funds, even though Poland is among the EU’s best performers in terms of transparent and compliant use of EU funds and the fight against corruption. The other reason given by the Commission for withholding the NextGenerationEU funds for Poland is the October judgment of the Polish Constitutional Court, which affirmed the primacy of the Polish Constitution over the judgments of the ECJ in areas where the treaties have not transferred competences to the EU (in this case, the organisation of the judiciary). In the case of Hungary, the Commission officially gives reasons related to corruption problems that have not been resolved by Budapest, while unofficially letting it be known that it is the law on the protection of minors that is really the problem.

In fact, the Commission now has a powerful instrument of blackmail to push forward European integration without a new treaty.

Polish Justice Minister Zbigniew Ziobro was infuriated by the ECJ’s ruling and went on the attack again against Prime Minister Mateusz Morawiecki, who enjoys the full support of Law and Justice (PiS) chairman Jarosław Kaczyński. As soon as the ECJ ruling was published on Wednesday, Ziobro called a press conference where he spoke of a “very serious mistake”, a “historic political mistake by Prime Minister Morawiecki, who gave his approval at the Brussels summit in 2020 to the adoption of a regulation that serves to blackmail Poland economically and deprive us of our sovereignty, if only in the field of justice or values”. And the minister stressed that such blackmail is already being exercised on Polish local governments that have passed resolutions on family rights and against the spread of LGBT ideology in schools.

“It is, in a way, a historic date. A dark date that will be remembered and written in the history books. But this is not the end of the battle for Poland’s freedom in the European Union and for a free European Union”,

the leader of Solidarna Polska added.

On Friday, Polish media reported that the minister had called for a council of ministers to be convened under the chairmanship of President Andrzej Duda to discuss the ECJ ruling, because, according to the Minister of Justice, “the threat posed by the EU institutions is real”.

On Wednesday, Prime Minister Mateusz Morawiecki had reacted in these terms on his Facebook profile: “I have defended and will always defend Poland’s right to self-determination and the primacy of the Polish Constitution over EU law in areas of competence not delegated to the EU. The ruling of the European Court of Justice, which in our opinion is unfair, does not change anything in this respect.

However, I cannot accept this judgment being used for political populism and misrepresentation.”

In an interview published on the Do Rzeczy weekly’s website, Janusz Kowalski, a member of parliament from Zbigniew Ziobro’s party, said that the rules of the new conditionality mechanism “will be used as an instrument of blackmail if countries like Poland or Hungary do not pursue a liberal and left-wing political agenda”. After this new failure for Poland before the ECJ, Kowalski calls for the resignation of European Affairs Minister Konrad Szymański, who had lobbied the Prime Minister and PiS chairman for Poland to lift its veto in December 2020 and accept the version of the regulation on the conditionality mechanism drafted by the German Presidency with the European Parliament.

As for Jarosław Kaczyński, he said he was “disappointed that such statements, like those of Minister Zbigniew Ziobro, are made publicly”. “This does not serve our common cause, which is the preservation of our sovereignty”, the PiS leader said. He does not, however, foresee a breakup of the coalition because “within the United Right,

we have had different views on different issues, but on Polish sovereignty, we have the same view”. 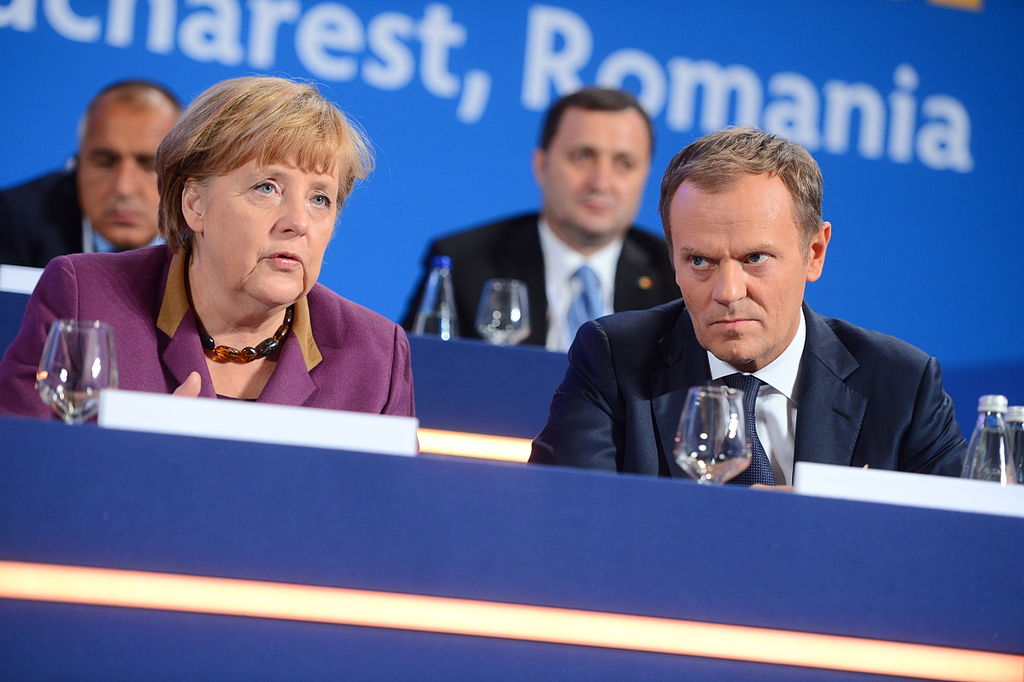 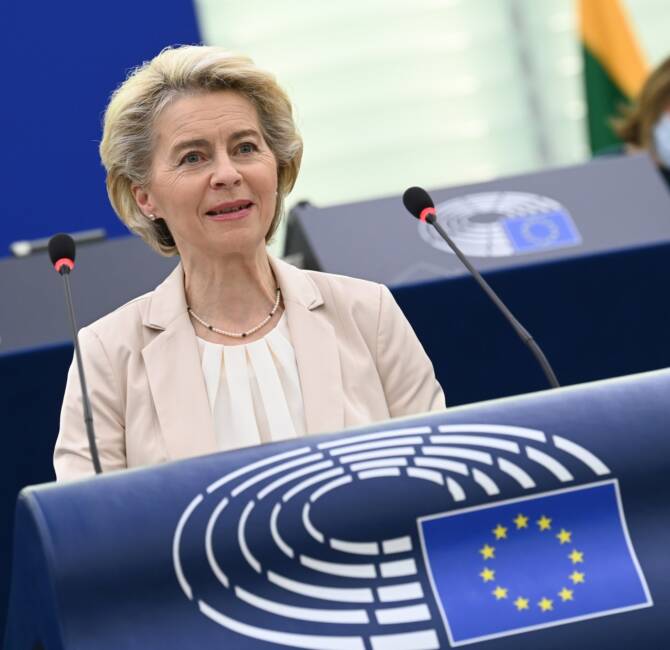 Poland and V4 acting against absurdities of EU climate policy