On November 11 will take place in Warsaw as every year the great march of Independence organized by nationalist circles and supported by conservatives and other Polish patriots. Last year, for the first time, this march was free of incidents and President Andrzej Duda, even if he did not come in person, has sent a message to participants. In previous years, the march became huge after blocking attempts by leftist circles of what was a small annual nationalist event, winning it many supporters in the conservative right and also in the population. Thus, for the first time in 2011, the March of Independence became the big event it is today, with a hundred of thousands of participants. But from 2011 to 2014, the march was also the scene of many police and leftists provocations, apparently supported and even organized by the government of Donald Tusk, as learned Poles thanks to the scandal of secret eavesdropping.

But in 2016, it’s Facebook that seems to hinder maximum the organizing of the March of Independence, which is nevertheless a declared and lawful demonstration, by blocking the accounts of the organizers and also all of those who share the poster announcing the March:

Facebook probably did not anticipate that its politically correct / leftist censorship would cause big waves in a country that has experienced the communist censorship. Even the minister for the digital economy, Anna Strzeżyńska, who has been warned by nationalist organizations, announced she has requested a meeting on the matter with the leaders of Facebook Poland. Media took the opportunity to expose the very strong political commitment to the left of some leaders of Facebook Poland, especially to “democracy of the defense committees” (KOD), which regularly organize demonstrations against the Law and Justice Party (PiS) and the Government of Beata Szydło. The Poles have also noticed, and they are not the only ones, that the censorship of Facebook is one way. Indeed, Facebook does not react or very little when users denounce hate speech of leftist circles, like those of the pro-abortion feminists during “black marches“. The leaders of the social network also refuse to remove or block other Polish profiles as Nie wstydzę się Stalina (I am not ashamed of Stalin) or even pages insulting the Polish Pope John Paul II.

This is why legal action has just been initiated in Poland against Facebook to spread communism and insult to religious feelings of Poles. A member of the party Kukiz’15, Marek Jakubiak, also announced plans to bring a libel suit against Facebook Poland after the hundreds of thousands of Internet users who had shared on their profiles or “liked” the poster of the March of Independence were informed that this content was blocked because it broadcasts a message of hate. What officially is problematic for Facebook on this poster is the logo of the “national-radical camp” (ONR) as well as the one of Falanga (Phalange), symbol of an arm wielding a sword used by Polish nationalists since the 1930s . Symbol of hate for Facebook but allowed symbol in Poland since it is not that of a totalitarian ideology, namely fascist, Nazi or Communist. The Polish nationalists are indeed backing their ideas and tradition to the Polish prewar National Democrats who rejected all forms of totalitarianism.

On Wednesday, Facebook appeared to have bowed to pressure and let the sharing of the incriminated poster and, at least partially, de-blocked the accounts of the organizers of the March of Independence and of nationalist organizations. A demonstration scheduled for 5 November at the headquarters of Mark Zuckerberg’s company in Poland is however maintained.

This year, the organizers of the March of Independence, which commemorates the independence regained by Poland after November 11, 1918, against Germany and Bolshevik Russia, invite the Europeans to join them in Warsaw to assert their patriotism and protest against the “Islamization of the continent” (in English in the video below): 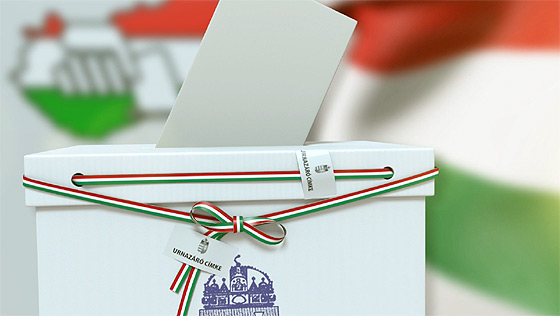