Budapest, Hungary – The current visit of Israeli Prime Minister Benjamin Netanyahu to Budapest is no coincidence. It is occurring against the backdrop of the ongoing struggle between Hungary’s PM, Viktor Orbán, and the billionaire liberal “philanthropist” George Soros, against whom a huge public advertising campaign was launched by the Hungarian government only weeks ago. Although today he is an American citizen, Soros is of Hungarian Jewish origin.

The government is going to great lengths to mark the occasion of the first visit of an Israeli Prime Minister to Hungary since the fall of Communism. Netanyahu will spend a total of three days in Hungary, which has historically always been one of the European countries hosting the Jewish diaspora.

The timing of this visit is not insignificant. In addition to the public campaign against Soros, the government has also recently implemented new legal requirements for universities in Hungary which threaten the continued functioning of Central European University in Budapest, which was created and supported by Soros. Likewise, a new law requiring all Non-Governmental Organizations to declare the amount of foreign financial support they receive has led to a great deal of tension between the liberal segments of Hungarian society and the government.

Viktor Orbán, who has made himself into a European champion in the fight against immigration, is personally attacking Soros, and his government’s advertising campaign has not gone unnoticed.

In this war of images, the response of Soros’ sympathizers did not hesitate to accuse the Hungarian government of anti-Semitism, trying to establish a link between this poster and the propaganda imagery of Nazi Germany, ironically themselves drawing a connection between Soros’ activities and his Jewish origin. Even the Israeli embassy decried these posters.

Orbán and his party, Fidesz, quickly found a way to defend themselves thanks to their ties with Likud, the national-conservative and ultra-Zionist party that is currently in power in Israel. The Israeli embassy stopped its protests, and Netanyahu’s visit, which is intended to further bilateral educational and cultural initiatives between the two nations, went ahead. The two leaders are also slated to discuss mutual investments “for the future,” in particular in the automobile sector.

As the Left-wing Israeli newspaper Haaretz has pointed out, part of the Israeli opposition demanded that Bibi cancel his visit to Hungary if Orbán refused to withdraw positive remarks he has made about Admiral Horthy, Hungary’s leader during the Second World War who brought Hungary into the Nazi-led Axis.

But the leader of the Jewish state made it clear at a joint press conference that “Hungary and Israel are aware of the past but look to the future.” Orbán likewise reassured his counterpart, “Hungary will show zero tolerance towards anti-Semitism . . . Hungary committed a crime during the Second World War by failing to protect its Jews, but this will not happen again.”

The two leaders then insisted on their common rejection of mass illegal immigration, a stance which has brought the two men together on the international stage. The Hungarian government has acknowledged Israel’s right to self-defense, Orbán said, adding that Hungary expects other countries to likewise acknowledge Hungary’s right to its own self-defense. While standing next to Netanyahu, Orbán added that Hungary “has disputes because it does not want to have a mixed population, and does not want to succumb to external influences.”

Netanyahu’s visit to Budapest is being played by the Hungarian government as one of its key cards in its struggle against Soros and his networks. In defusing accusations of anti-Semitism, the Hungarian government also emulated Israel. The DCLeaks website recently presented documents proving Soros’ support for anti-Zionist and other organizations hostile to the Israeli government. Israel’s Justice Minister, Ayelet Shaked, has initiated legislation inspired by Hungary’s intended to clarify the links and networks of those NGOs based in Israel which are being funded from abroad.

However, Israel’s role in the migrant crisis remains controversial. Some observers have noted that its Ministry of Foreign Affairs has only recently disappeared from the list of donors to IsraAID, an organization which has been involved in the transfer of illegal immigrants from Africa and Asia to Europe, and other organizations close to the Israeli government, such as B’nai B’rith, are still listed as being among them.

Israeli citizen Gilad Atzmon, the philosopher, musician, and self-described “secular Jew” who has been very critical of Israel and Jewish organizations worldwide, has described Soros as a master of the concept of “controlled opposition,” and sees Soros as a likely ally of the Israeli government.

The two leaders are supposed to have had talks related to the possibility of Hungary becoming a customer of Israeli natural gas. 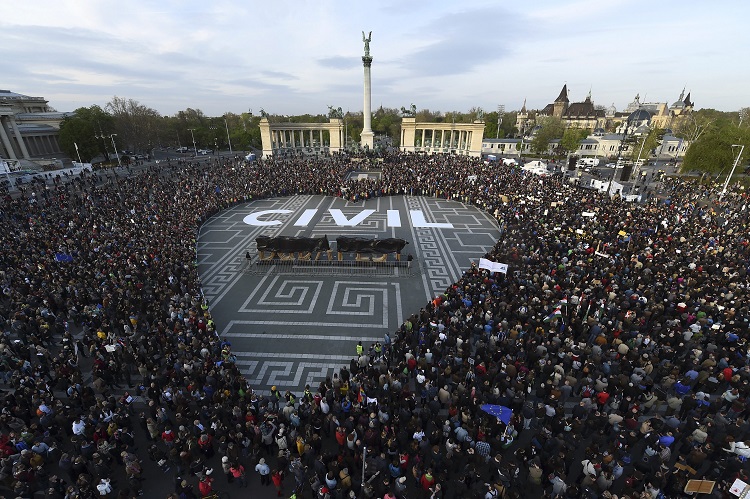 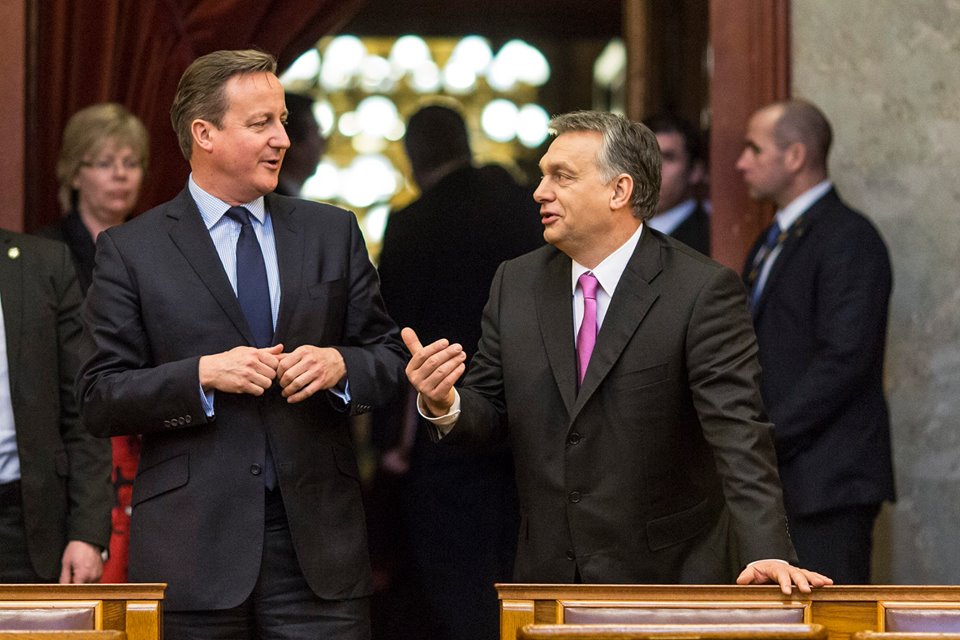 Orbán against the Brexit