Poland – Although opposition media have been trying very hard to expose scandals linked to the current ruling party in Poland, the electorate is unimpressed. Jarosław Kaczyński’s social-conservative Law and Justice party (PiS) seems to be on track to renew its absolute majority in the Polish parliament after the October 13 elections. If current polls are confirmed in the voting booths, it will be the second time a party has won an absolute majority in the Sejm since the fall of communism in 1989–90, in spite of the proportional system used (albeit with a threshold and a premium for the winner). The first time was when PiS won the last parliamentary elections in 2015.

Even after the latest scandal over cyber-bullying against judges opposed to Law and Justice’s reforms, organised from the Ministry of Justice by other judges who had been appointed by minister Zbigniew Ziobro, including a deputy minister who resigned on the day after the case was disclosed by the Onet.pl website, PiS kept its position intact way ahead of opposition parties in opinion polls. The September poll average (as shown on September 20 on the ewybory.eu website) indicated that PiS could count on 44.3% of the vote, against 26.5% for the Civic Coalition (KO), which includes liberals from Civic Platform (PO), progressive liberals from Nowoczesna (“Modern”) and the leftist Greens. A second coalition, Lewica (“The Left”), can count on 11.7% according to the same polls. This grouping includes social-democrats from the SLD (the party originally created on the ruins of the former communist party), the LGBT-progressive Wiosna (“Spring”) party,and the social far-left Lewica Razem (“The Left Together”). Behind them comes the electoral bloc constituted by the agrarian PSL and the right-wing “anti-system” Kukiz’15 (named after its leader), which stands at 6.2% in the polls, just ahead of the nationalists and their liberal-conservative allies, at 4.2%. The last two blocs are thus not assured of reaching the 5% threshold required to win representation in the Sejm.

Those opposition media which are actively fighting PiS cannot understand why the governing party is still so popular after all the scandals that have – in their eyes – dented its credibility. Indeed, other scandals put an end to the post-communist left’s domination on the political scene in 2005 (and the SLD has never recovered its former position since) and greatly contributed to the defeat of Donald Tusk’s allies in 2015, Tusk himself having fled to Brussels as early as 2014. But the real problem for the Polish opposition is that, compared with the SLD’s and PO’s own scandals, the scandals involving PiS probably do not compromise the Morawiecki government so much in the eyes of voters. Furthermore, even when such scandals might be expected to tarnish the reputation of Kaczyński’s party, as in the cyber-bullying case, it looks like the electorate is left unstirred after previous scandals revealed by opposition media proved to be damp squibs.

The first major scandal which had the potential to weaken Law and Justice’s domination was revealed in November 2018. This was the KNF scandal, named after the Polish financial regulatory authority (Komisja Nadzoru Finansowego). On November 13, 2018, the Gazeta Wyborcza daily newspaper, which is vehemently opposed to PiS, published a transcript of a recorded conversation between LeszekCzarnecki, owner of the troubled Getin Noble Bank, and the KNF’s chairman Marek Chrzanowski. The recording had been made by Czarnecki himself in March that year, when Chrzanowski asked him for a private meeting. During their conversation, Chrzanowski proposed to Czarnecki that he appoint a certain lawyer to his bank’s supervisory board in exchange for a more positive approach to the bank’s problems by the financial authority. In Poland as elsewhere, such a proposal is of course illegal. According to Czarnecki, Chrzanowski asked for his lawyer friend a salary equal to 1% of the bank’s capital. However, that amount is absent from the recording, as according to Czarnecki, Chrzanowski wrote it on a small piece of paper. Chrzanowski had to resign from office the day after Gazeta Wyborcza’s publication, and the prosecutor’s office has launched proceedings against him. Nevertheless, while Chrzanowski’s brilliant career was suddenly ended, no government official and no politician from Law and Justice has so far been linked to the affair. The only compromising aspect of this scandal for PiS is that it is they who brought about the appointment of Chrzanowski to head the KNF.

The other “major” scandal that was supposed to discredit PiS in the eyes of its electorate, at least in the opinion of Gazeta Wyborcza and the opposition, was the “Srebrna Towers” (also called “Kaczyński Towers” / “K-Towers”) scandal, which took its name from two 190-metre-tall buildings a private company closely linked to PiS intended to build in Warsaw on a piece of land belonging to Kaczyński’s party. Once again, the newspaper was in possession of a recording that it considered to be compromising to PiS and even Jarosław Kaczyński himself. The recording was the work of an Austrian businessman in charge of preparing the project, who had some remote family links, through marriage, with Kaczyński. On the day before its publication, Gazeta Wyborcza circulated rumours that it was in possession of an “atomic bomb” that was going to pulverise Law and Justice. The rumours were propagated further by rejoicing opposition journalists and politicians, who could not wait for the scandal to see daylight. But when Gazeta Wyborcza detonated its “bomb” on February 5 this year, the country merely had a good laugh. As did I when I read the transcript of the recording with passages highlighted by the newspaper to convince readers how incriminating the whole thing was. In fact, there was nothing really scandalous in those passages, or in the rest of the conversation. It was just a huge damp squib. The profusion of articles and opinions published by this leftist liberal opposition newspaper to convince readers of the compromising nature of Kaczyński’s conversation with the Austrian businessman simply failed to give it any explosive power and made the whole situation even more ridiculous. To put things simply, it was a business discussion in which the PiS leader explained to his Austrian partner that they had to withdraw from the project for two main reasons: first, the anti-PiS media were going to use the project to tarnish the image of the governing party, and second, the city of Warsaw, being in the hands of Civic Platform (PO),had refused to provide the necessary permits for political reasons. The Austrian businessman asked to be paid for the work that had already been done, and the Polish leader answered that he did intend to pay him but that he needed supporting documents such as invoices and detailed accounts showing the services provided. Thus many people interpreted the recording as showing only that PiS was investing in a real estate project, which is not illegal and has been done by other Polish political parties too. On the other hand, despite all the efforts made by Gazeta Wyborcza and part of the opposition to prove the contrary, the recording showed Jarosław Kaczyński to be a decent, honest man who attaches importance to legal compliance and who is powerless (despite always being presented as the real man in charge in Poland) in the face of a city council and mayor who, in turn, abuse their power.

After an “atomic bomb” of that sort, it is not surprising that scandals like the one involving cyber-bullying judges have no impact on the opinion polls. The same goes for the scandal disclosed by Gazeta Wyborcza earlier this month, concerning a judge who had been promoted by the Minister for Justice Zbigniew Ziobro and appointed with the votes of PiS MPs to the National Council of the Judiciary (KRS). Gazeta Wyborcza revealed that this judge had been subject to an inquiry by the prosecutor’s office after having published a violently anti-Semitic comment on a website in 2015, using a pseudonym. Curiously, the prosecutor’s inquiry has been ongoing for four years already. In another case that failed to weaken PiS in the polls, the speaker of the Sejm Marek Kuchciński was accused of having used government planes to fly members of his family. With elections set for October 13, Law and Justice’s strategy has been to sack those who are at the centre of the turmoil or ask them to resign. Kuchciński was thus replaced as speaker in August, and the story quickly stopped making headlines.

Apart from the fact that voters – except those who already have the worst possible opinion about PiS – do not take these scandals too seriously, the overall impression is that they are no big deal compared with the scandals that hit previous governments. Besides, Law and Justice has gone a long way in keeping previous scandals from Donald Tusk’s time in office in the headlines, with special parliamentary committees of inquiry whose reports have just been published as the current parliament nears the end of its term. 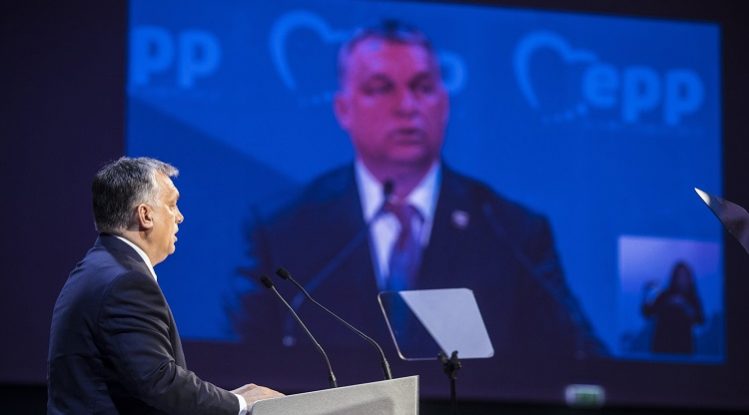 Orbán and Kaczyński Want a Cultural Counter-Revolution in Europe