Poland – The dominant discourse in the international media after the 9th of January’s cabinet reshuffle in Warsaw was all about the PiS, after changing the Prime Minister in December, trying to appease relations with Brussels. In fact, if Poland’s European partners can possibly take the opportunity not to proceed with the Article 7 sanction procedure initiated by the Commission, it is mainly for the PiS to move to phase two of its program: after some major reforms, adopting a smoother speech without changing the policy as the opposition appears even weaker, in an attempt to attract conservative voters from the center in the run-up to the regional and municipal elections of the autumn and legislative elections in 2019. Of course, it is also important for the Morawiecki government to defeat the European Commission’s sanction procedure by getting support from at least 6 countries for the vote at the European Council, which would be enough to block the procedure at its initial stage and that would show the Poles that Poland does not only have the support of Hungary in Europe.

Two ministers at the center of the conflicts with Brussels have thus been replaced. At the Ministry of Foreign Affairs, Witold Waszczykowski gives way to Jacek Czaputowicz, who was Secretary of State in his ministry and has the profile of a senior official rather than of a politician. Is this a temporary appointment, or is this choice intended to give more room to the action of President Andrzej Duda? The future will tell. At the Ministry of the Environment, Jan Szyszko is replaced by Henryk Kowalczyk who was previously in charge of coordinating the work of the Council of Ministers. Jan Szyszko disliked the ecologists with whom he did not share the ideology and to whom he opposed his knowledge as a professor of forest sciences in the conflict over the management of the Białowieża forest. After his appointment as Prime Minister in December, Mateusz Morawiecki declared that Poland would apply the decisions of the Court of Justice of the European Union despite its disagreements with the European Commission on this matter. The replacement of Professor Jan Szyszko is therefore in line with this announcement and deprives the liberal opposition of one of its three privileged targets.

If Witold Waszczykowski was one of the most often quoted ministers when there was talk of a reshuffle in recent months, because of his clumsiness, his replacement is not particularly a sign of a change in Poland’s foreign policy. It is especially in his case a decision of domestic policy, to deprive the opposition of political ammunition.

The most important replacement was the one of Defense Minister Antoni Macierewicz. He was not particularly involved in the conflicts with Brussels, and this is exclusively a decision of domestic policy, especially since he was in almost open conflict with President Andrzej Duda. He was the most attacked minister and his outspokenness (not always preceded by proper reflection) as well as his role in the counter-investigation of the Smolensk disaster made him the number one enemy of the opposition media. Interior Minister Mariusz Błaszczak takes his place and is himself replaced by another close friend of Jarosław Kaczyński, Deputy Diet Marshal Joachim Brudziński. Mariusz Błaszczak is rather a hawk, and as Minister of the Interior he has always opposed, with sometimes harsh words, the immigrationist policies of Brussels and the capitals of Western Europe. He also named Antoni Macierewicz on Thursday as head of the commission in charge of the counter-investigation on the Smolensk disaster, which depends on the Ministry of Defense, probably to reassure the right wing of the PiS electorate and the media, such as Gazeta Polska and Nasz Dziennik / TV Trwam / Radio Maryja, which were worried that three ministers who were labelled as particularly conservative from the Morawiecki government would leave.

The new Polish government has a more technocratic profile than the former one, but one must not forget that the first bilateral meeting of Mateusz Marowiecki was with the Hungarian PM Viktor Orbán and that the new Polish Prime Minister made many statements to confirm that his government did not intend to change course with that of Beata Szydło’s, but simply to put more emphasis on the economy. Morawiecki, it should be remembered, was in favor of justice reforms at the heart of the European Commission’s sanctions procedure.

After the Polish Prime Minister’s meeting with European Commission President Jean-Claude Juncker, the day after the reshuffle, the Polish conservative media, and first of all, the public television, said the European Commission is the one working on changing policies and seeking to appease its relations with Warsaw. The launching of the Article 7 procedure before the ratification of the two laws reforming justice by President Andrzej Duda was probably intended to influence the decision of the latter, but it had the opposite effect since he signed the two laws in the hours following the press conference of First Vice President Frans Timmermans. Today, Juncker argues that the question of European subsidies can not be linked to that of migrant quotas and that the countries of Central and Eastern Europe should not be given the impression that it is only large Western European countries that decide between themselves for everyone.

However, it will be necessary to wait for the meeting of the European Council in February to know if there is a real change on the side of the EU. On the Polish side, a member of the Liberal Civic Platform (PO) wondered on the radio after the reshuffle what the liberal opposition had to do to win the elections in … 2023, as if he already considered the victory of the PiS in 2019 as acquired. As for the leader of the PO Grzegorz Schetyna, he adopted a more conciliatory tone. He who had spoken in the past of total opposition and victory over the PiS with the help of the street and the stranger, is now the one who praises the idea of ​​a constructive opposition. It must be said that for several months polls give the PiS between 40 and 50% of voting intentions while the PO oscillates around 20%. Why a change of Prime Minister and a reshuffle under these conditions? Without doubt the PiS is now targeting the constitutional majority in the forthcoming elections for a rewrite of the constitution adopted in 1997 under a government led by the post-communist SLD. So far the European attacks have only increased its popularity, and the Brussels institutions as well as the “total” opposition in Poland would be well inspired to take advantage of the change of the Prime Minister and the most “controversial” ministers to change their tone and tactics. 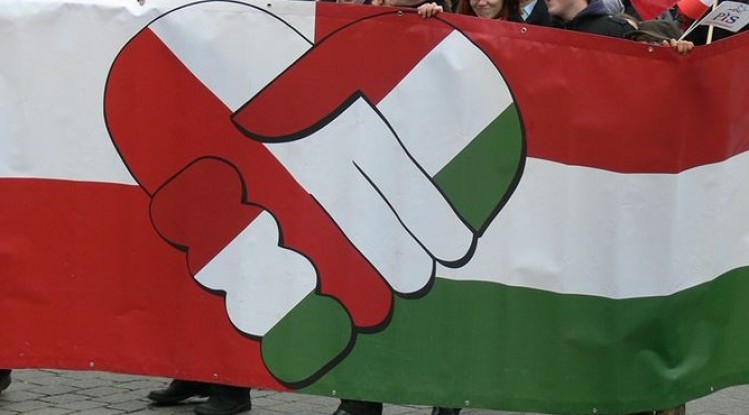